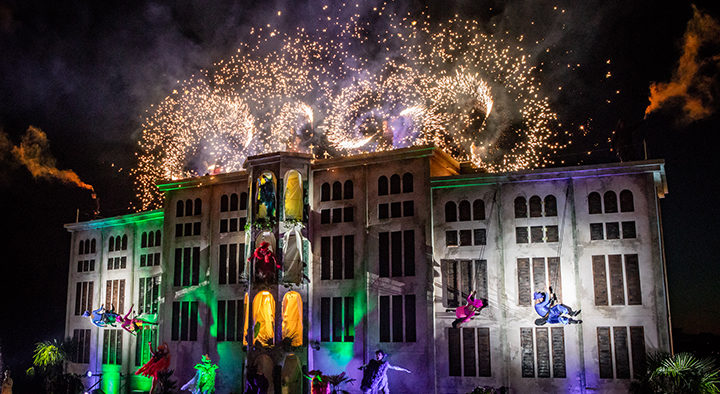 Boomtown’s 10th year promised to be bigger and better than ever. With an extra day added to the programme, a renovated city and a plethora of acts to choose from, the festival was ready to welcome over 60,000 citizens for five days of top-quality music. As a decade-long storyline came to a close, there was a change in the air. It felt like the number of long-term Boomtown veterans was deteriorating, replaced with a fresh breed of debaucherous youth with a music lineup reflecting that. Welcoming some of the biggest names in drum and bass, house, techno, dub and more, the tenth chapter provided highs and lows throughout its course, from unexpected downpours to stunning performances, all in all, it was an experience to remember. 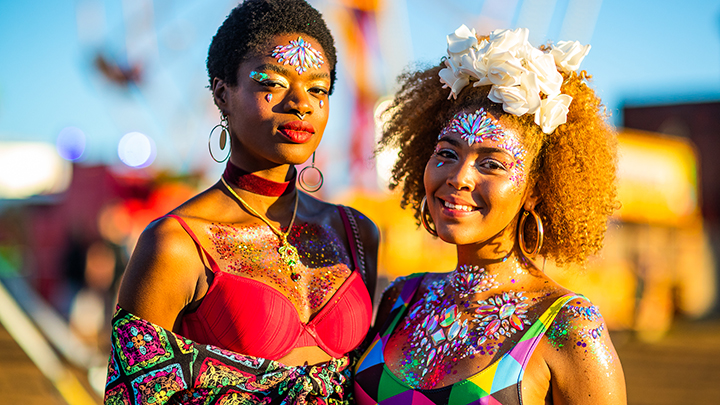 For the first time, Boomtown opened its gates a day early, as a way of preventing any repetition of the monumental querying saga that had occurred last year (back in 2017 it took us an extraordinarily long 5 hours to get to camp). However, while this may seem like a sensible way to break down the entry of over 60,000 guests, it felt like crew and the festival itself were unprepared for arrivals. With a good chunk of the festival still being built and staff seeming to have only arrived one day prior, there was a sense that visitors were intruding and preventing preparations. The evening’s entertainment came courtesy of makeshift DJ booths acting as roadblocks and a secret set by Mungo’s Hi-fi in the newly-created VIP section, Boomtown Springs. It felt like everyone was holding out for Friday when the festival really kicked into full force, but that was still a long way off. 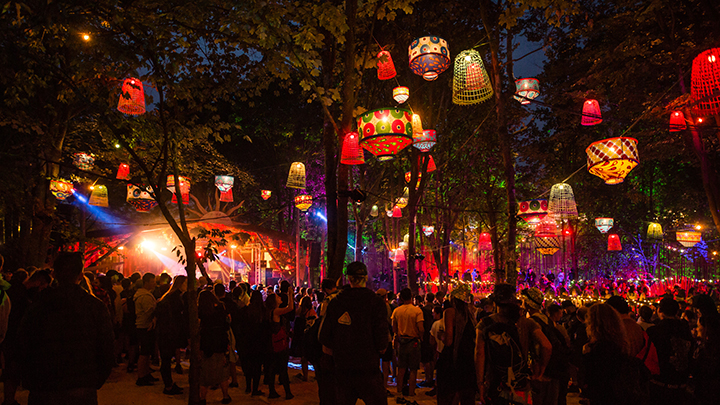 Thursday provided a fuller evening of entertainment, while still shutting off the music by midnight. While Alfresco Disco took over the newly built Pagoda Plaza for a massive 6 hour set and Scrapyard, a stage made up of large shipping containers, played host to the Stay Up Forever Takeover, it still felt like there wasn’t quite enough going on with large crowds wandering around the Downtown districts looking for entertainment and returning to their campsites craving more action. 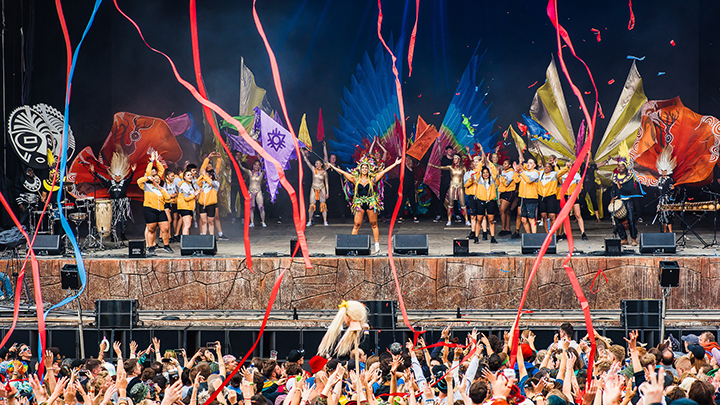 It felt like Friday’s programme was well overdue, jam-packed with the stars everyone had paid to see and had been longing for. With the infamous Lions Den stage kicking off between showers of rain, it felt like the sunlight broke through just to welcome Shy FX and his collaborators blasting through their set before the heavens opened and the great downpour of rain soaked everyone to their bones. 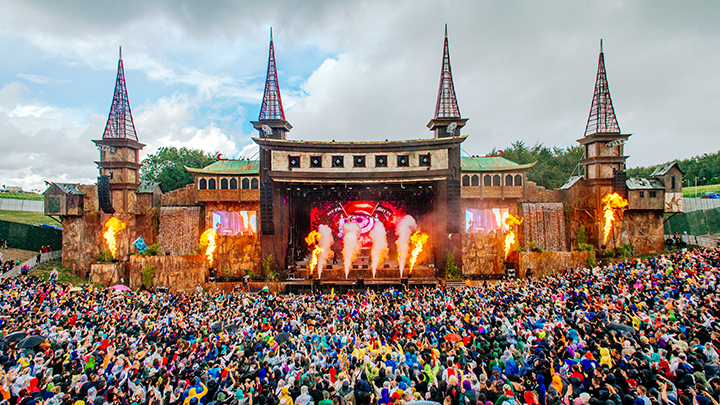 As the weather passed, the day continued to bring stellar sets from the likes of Honey Dijon, OR:LA and Denis Sulta across the festival. As well as that, audiences were treated to some Arabic- infused techno courtesy of millennial favourite, Omar Souleyman. Headlining Lion’s Den, legendary garage pioneer Goldie brought a live band with him to reimagine classic hits from the 90s and 00s garage and jungle scenes with guest performers as part of his new show, Goldie and the Ensemble. An idea that’s been pulled off slightly better by the likes of Hacienda Classical and Pete Tong’s Classic House, but still a strong show nonetheless. 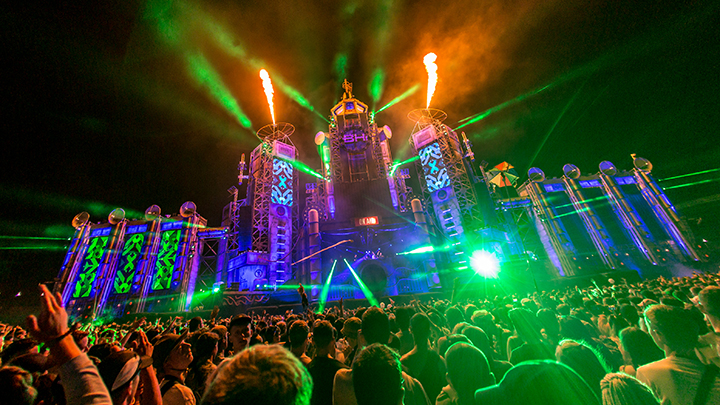 There was also the incredible 20-year celebration of Virus Records featuring Ed Rush and Optical at the industrial phenomenon that is Sector 6. The stage itself was a spectacle of bright lights, pyrotechnics and lasers, but it seems to have an ongoing issue with sound as you would expect a structure of that stature to be booming across the hilltops, yet it was still possible to hear fellow guests conversations clearly over the music. While sound restrictions may come into play here, it’s somewhat disappointing to hear quiet drum and bass at a festival of this scale. 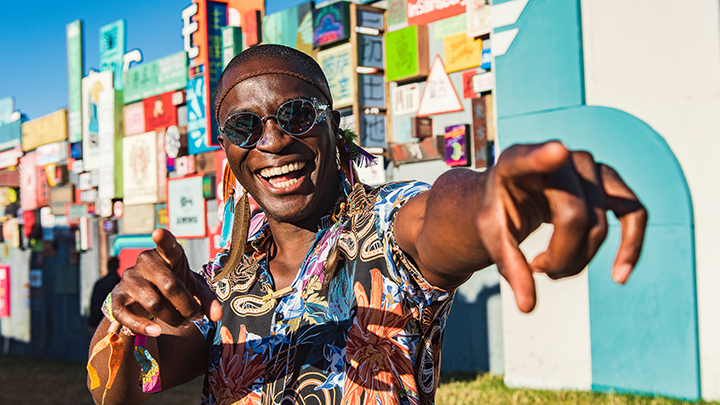 Saturday was another day bursting with talent, with Soul II Soul easing everyone into the day at the Town Centre, before Hunna, Idris Elba and Barely Legal got hearts racing. Oneman and DJ Zinc absolutely stunned audiences at the Desperados Clubhouse, while Shpongle’s live performance at Psy Forest combined elements of dance music from around the world to create a kaleidoscope of sound. Bang Hai Towers welcomed DJ Q followed by Eatbrain League with open arms after a truly wonderful set by headliners Gorillaz at Lions Den. Playing songs from their incredible back catalogue as well as some new favourites, the band got a mixed reception from those hoping to hear more of the hits rather than newer tracks. With an audience of what seemed to be about 90% of the festival, Damon Albarn had the crowd in the palm of his hand performing with ease and confidence, joking with the audience and welcoming guest collaborators like Pevan Everett, De La Soul and Shaun Ryder to the stage.

Sunday was a day of recovery as well as saying one final farewell to it all. As a regular visitor, it felt like the right time to step away from a festival that’s outgrown its original concept of bringing people together across all genres and building community. The distance between the new young breed of drum and bass-mad debaucherous teens and the more seasoned festival goers had become more and more prevalent, it had been four days of witnessing what felt like an identity loss for the festival. With a greater focus on heavier electronic music, the festival welcomed in a different audience and seemed to have lost some of its character and charm. The acts may be cool and exciting but the crowd became unfriendly and a lot more aggressive than it used to be. As acts like Morcheeba, Maribou State and Eats Everything reflected the diversity in the festival still had to offer, the closing set at Lions Den was not one of reggae origins as it has been in previous years. Conversely, it came courtesy of South African dance-hip-hop duo Die Antwoord, perhaps a far stretch away from the kind of finale veterans would be used to, reflecting this change and focus on a younger audience. Nevertheless, the closing shows from Bang Hai and secret Sector 6 Headliner Andy C not only gave the crowd a fantastic send-off but also put a spanner in the works as the festival revealed a new twist to their storyline. Putting the story of Nicholas Boom to bed, the ambiguous closing message was focused on environmental issues, sustainability and gave Chapter 11 a promising new start, entitled The Radical City. What lies ahead for the festival is unclear but it’s definitely something to keep a watchful eye out for. 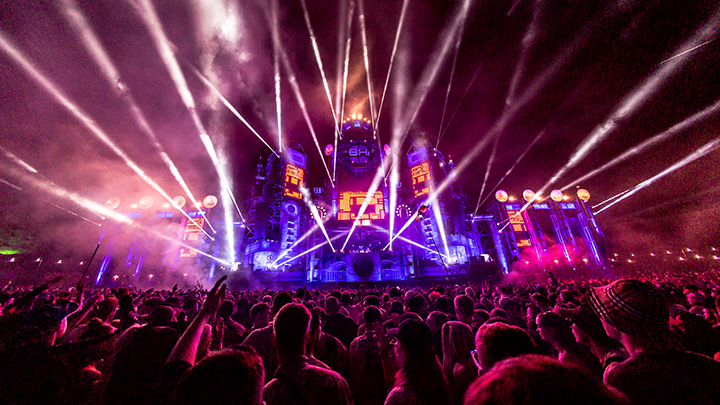 Chapter 10 of Boomtown was a phenomenal ride of great music, memories and really provided something to think about. It’s movement away from live acts and to more dance and DJ-focused music may leave some veterans of the festival feeling slightly lost yet it has opened the door for a new generation of festival goers and invites their original audience to sample some of the more digitally influenced artists out there. By launching their new ‘Respect’ campaign and closing with the promise of an environmentally-focused Boomtown Chapter 11, it seems like the festival is aware of its new younger audience and is hoping to educate them how to enjoy a festival safely and respectfully. With regard to the music side of things, it’s movement towards supporting electronic acts has seen it become one of the hottest festivals to attend for anyone seeking good quality dance music from some of the worlds greatest performers. Who knows what the festival has in store next, but knowing Boomtown, it’s sure to be interesting.