Jesse Rose: “I got a note saying Bono really liked what I played, who would have thought!”

Jesse Rose has pioneered many different house sounds in his day, and has worked with numerous producers to boot. His latest project saw him release one new track every month with a swerve of special remixes throughout 2013. In 2014, though, he is giving away those tracks as a thank you to fans for their continued support. As well as being a fierce DJ and producer, Jesse also runs the Made to Play label, recently remixed Bob Marley and is a regular at esteemed clubs like London’s fabric. We caught up with him to find out about his latest project…

Your new album, The Whole 12 Inches, is just out. When did you decide the time was right to start a new album? There’s a bit of an interesting concept behind it. Can you talk us through it?

At first I was just writing music in 2012 then I decided I wanted an album of A-sides, so I thought instead of just releasing an album like normal, I’d release a single every month for a year; that way I knew each single would have to be as super hot as I could make it and it would give me time to later re-edit and tweak all the tracks for a full-album purposes. I also really liked the idea of being able to get feedback and responses for each track from fans and DJs as they came out. I find myself missing tracks on album, so by spreading things out this way, I just to try and make it more digestible for the proper fans.

So what inspired the concept then? Or did it just come to you one day?

I always come up with ideas in my head which seem much easier than they actually are. It seemed like something that was manageable, but then it took over my life. You know, when you put out one record and it does really well, you want your next release to match it, which resulted in me being in the studio every day that I wasn’t on tour.

You released an EP every month for the past 12 months. How did you decide what will be released when?

I was actually working on tracks all the time through the year, the best tracks 20 days before release deadline were released. Sometimes I think I gave away too many on one release making me work twice as hard for the next months release.

I wanted to ask about your labels, Play It Down and Made To Play. Are they still going strong right now?

Yeah, things are continuing great and I can’t complain one bit. Front Room was a label I started over fifteen years ago now, then I started Made To Play, and then Play It Down. I like starting new projects and new labels, I like to make sure everything is as fresh as possible. Both Front Room and Made To Play had really incredible moments that I’m really proud of, but at one point I felt like the artists on the labels were making records that didn’t represent what I was playing and so then I knew it was time for something new. Dance music is a young persons game so I think it’s important to keep things fresh & new. I guess once I’ve built up an arsenal of artists it’s exciting for me to find fresh talent and do it all over again. Like now on Play It Down we have a great crew: Oliver $, Christian Nielsen, O&A, Lewis Boardman, and of course Dansson who had a huge hit with “Shake That” with Marlon Hoffstadt which I signed originally in early 2013 and is now being re-released on FFRR. I guess I love curating.

Have the labels had to take a bit of a back seat while you finished the album then? How do you find the time to do it all?

You’re living in the States now, right? What was the thinking behind your move over there?

I moved to Los Angeles nearly three years ago now… I just felt like I needed a change from the cold. I actually came over for a three month trial and after a week decided I needed to live here. It’s turned out to be a great move. Honestly, I have got into so many different things because of the move. As an example I had this idea for a project about two years ago to make music that was a modern take on music that related to the soul/funk records I grew up on. Stuff like Gap Band’s “Outstanding” or Alexander O’Neal’s work. I came to RedBull with the idea and they loved it. Fourteen months later, there I was in Red Bull Studios out in Santa Monica, working with an incredible band and Leon Ware. The band was crazy, John Barnes on piano, who actually worked on “Outstanding” and pretty much every Michael Jackson record, Freddie Washington on bass who co-wrote “Forget Me Nots” with Patrice Russian, and James Gadson on drums who’s one of the most sampled drummers of all time. It was really a magical moment to work with the people that were the ones who made me fall in love with music in the first place. This sort of thing could most likely only happen here in LA.

Had you grown slightly tired of the scene in Europe then? Was it time for a new change?

No, not at all. Europe is my home, the clubs, people, food, music, everything but that doesn’t mean I have to live there. I still go back every month to play shows, see friends and make music.

You’ve played some pretty high-profile gigs over there, and we even heard you played before Bono! How was that?

That was a mental one. After I did my official remix of Bob Marley for (RED), I got asked to come play in NYC for this (RED) auction and was told it was with Nile Rodgers and Chic. When they told me I was playing before and after Chic I already felt like this was an amazing honour but then Bono & Chris Martin got on stage too. Even though I’m not actually a massive fan of U2 or Coldplay I’ve got a lot of respect for what they do so it was mental to go on straight after them, especially playing underground house records. I actually got a note saying Bono really liked what I played, who would have thought!

Do you have to tailor your sets a lot differently to such crowds then? Or do you just do your own thing?

I’m a DJ first so although I never do a set list of what I’m going to play, I look at the crowd while I’m playing, as you want the people to have the best time possible. In terms of the (RED) show I pretty much only played house though.

Finally, what’s next on the horizon for Jesse Rose? Will you be touring etc?

Well firstly my album ‘The Whole Twelve Inches’ released on February 12th, I’ll be touring Australia, Europe and the states for the until march. Then we’ve got loads of great releases coming up on Play It Down, as well as a mini-album from Brillstein, who co-produced a couple of tracks on my new album. We’ve got a label compilation of exclusives from all our artists which has been in the works for a while cause we wanted to make sure it was a full album of brand new heavy hitters with no fillers that arrives in May. Made for the Night my club brand is starting a new residency in London at Fabric and we continue putting on crazy festival style line-ups at Watergate in Berlin & Razzmatazz in Barcelona , as we as one-off’s at clubs & festivals around the world. 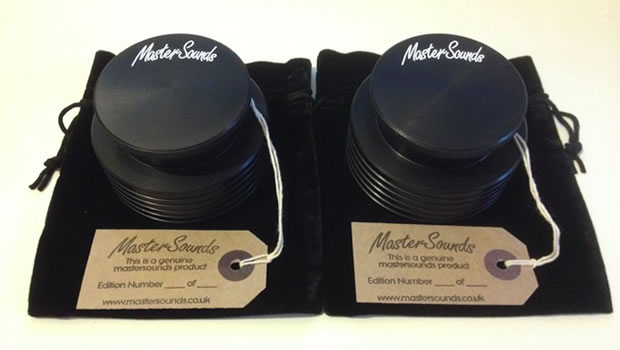