Few DJs and producers in the contemporary domain are as respected within the industry as Leeds based Parisian, Brawther. A true proponent of what makes deep house special in current thanks to both solo work and as one half of celebrated duo Dungeon Meat, Brawther’s output has gone from strength to strength since he first came to our attention with his debut release back in 2009.

One of house music’s leading lights in recent years his latest work sees him revisit his early works for Chez Damier’s esteemed Balance label; an imprint that was among those who championed him from the get-go. With a hotly anticipated performances at  this years heavily hyped Gottwood festival on the horizon we caught up the Gallic producer, as he gave us the lowdown on where he’s at right now…

Hey Brawther, thanks for talking to us. Talk us through your weekend.

I wasn’t playing so I was chilling, I started painting my living room.

Fun stuff then! You have recently made your US debut. How was it?

Yeah it was in February, it was great!

Having been influenced by a largely American sound and being so close to Chez Damier, how come it took you so long to get over there?

I don’t know man, supply and demand I guess, I’ve had enquiries but I didn’t want to go there without a Visa, and because I play a lot of vinyl I don’t want to get there and chance it. A lot of people get turned down. People turn up and immigration ask you the right questions and you give them the wrong answers and they send you back out. If I just had a USB stick, I could say I was on holiday… A friend of mine is doing an agency in the States and took me on and helped me get the Visa. Now I can go there for the next 3 years which is amazing.

Cool. Having moved to Leeds, can you comfortably call it home now?

How does it compare with Paris ?

Up until fairly recently I had lived in Paris my entire life, but before I moved to Leeds, I visited Sweden for 8 months as I wanted to move somewhere away from France because I was bored of my work and the scene wasn’t that interesting at the time. Berlin was too obvious and London was too expensive. I was going to stay in Sweden, but I had more and more gigs in England and made loads of friends in Leeds so as I knew Leeds already from previous experiences so I just decided to move there.

That’s quite a move. How do the crowds compare from playing to your home crowd in Paris?

For me England has the best crowds in the world, hands down. It’s always like everyone is going for it. The club culture that you guys have, France unfortunately doesn’t have. That said, the French club scene has been thriving over the last couple of years and there’s a new generation of young kids from 18-20 who are really into going out. They’re showing their big brothers how it’s done. My generation of friends weren’t really into clubbing, I was, but people just wanted to go out to chat up girls and getting drunk, not for the music or experience. Now they all know about the music, and the most underground DJs have a full house to play to. When years ago it wasn’t like that.

We’re big fans of your output as Dungeon Meat here at DT with your releases often breaking the mould to offer us something different. How would differentiate your music as Brawther from your Dungeon Meat material?

I guess Brawther is really about me. My experiences, my relationship with Deep House, it is an extension of me in a way. Dungeon Meat is a balance of Tristan and myself. Tristan’s experience as a DJ has really rubbed off on me, that’s what he brings to the table. His experience of being a long term resident and being a great DJ is really seen in the music we make together. Dungeon Meat is a lot more club oriented while the Brawther sound is a lot more eclectic in that sense.

Cool. We’re really enjoying your Balance retrospective at the minute, being a special release, what process did you have to go through to decide what material would make the final cut?

This project on Balance has been a retrospective, all the tracks weren’t meant to come together as well, but somehow they all have the right balance in a way, they feel like an album. Even though it’s varied it feels as though there is a thread going through them. And I feel like it’s due to the fact that when I work with Balance, I was always myself. Chez always let me be myself, and on top of being an artist I was doing like graphic design, planning the records, it was like having my own label. That’s a rare position to have, because people try to cater for a label or just themselves because of the sound of label. With Balance I could do anything. Chez was always encouraging me to not stick to one box.

How did you meet Chez?

On MySpace! Yeah I was shopping for labels and I wasn’t getting much love. A friend of mine was on the first release of the relaunch of Balance and I decided to contact him out of the blue and he contacted me straight away. A few weeks later he was in France and we met and quickly became best friends!

Not bad a best friend to have! Over the years how would you say you’ve grown as an artist?

I think it’s been going hand in hand with my DJ career. I would have said I was a producer first, but now it’s 50/50. I never really thought that I would become a DJ but people wanted to book me and I was already in a circle of friends playing so I became a DJ and went in for it. Playing out really helped me shape my sound, with for example arrangements.

If you could go in a time machine and go back and tell yourself one tip, when you were first starting out what would it be?

Ahhh… Don’t change anything. I was really lucky to be where I was, and if I changed anything I don’t think I would be here. Doing stuff because it sounds cool or makes you feel good, not for any other reasons such as money. Do it for the passion. Not getting love for my demos meant that I got the chance to contact Chez and if I didn’t get the refusals from others first I wouldn’t have had this opportunity. I really wouldn’t want to change the past. Life is a constant learning curve.

Wise words. Gottwood has been smashing it over the last few years, refined artists being booked yearly, not letting any old DJ play, keeping their small festival mentality. Do you prefer playing these boutique festivals or the larger ones?

I’ve never been to Gottwood before, but I’ve been to similar festivals. I love all festivals. I like the smaller ones, it’s a bit more friendly and you get to see more people. They all have their own pros and cons. Are you going to Glastonbury this year?

Well if you do, head down to Block 9, we will be playing as Dungeon Meat. It’s an amazing side of the festival, they have like 3 different tents. One called the NYC Download, a transvestite club, like the old school New York clubs.

I can imagine it being similar to the film Party Animal.

Yeah that’s the one. I’m really looking forward to playing that! But I’m really intrigued about playing for Gottwood, the line up looks amazing so I’m glad to be apart of it!

What has 2015 got in store for Brawther and for the rest of us?

I don’t know, I always have many fingers in many pies, it’s difficult for me to say but there will be lots of new music. This ‘Endless’ album is like the end of an era in a way, I am repressing everything and from then I will only be producing new things and I will be getting married so it will be difficult to find time to make new music. But as Dungeon Meat we have a small residency in DC-10 in Ibiza which will be really cool amongst other things.

You can catch Brawther live at this years edition of Gottwood Festival alongside an all star cast including Motor City Drum Ensemble, Ben UFO, Move D, Midland and FaltyDL June 11-14th. Tickets are available here 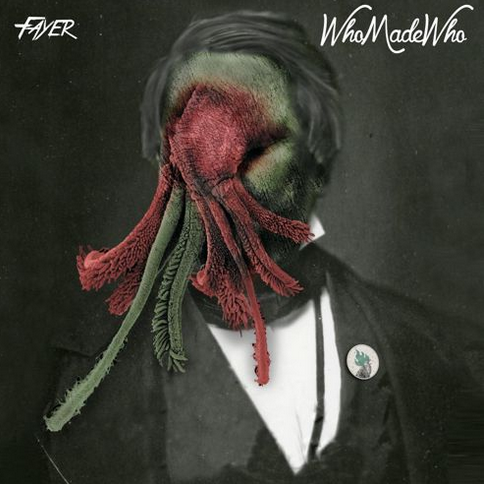