It’s hard to stay objective with such a tidal wave of brilliant music around at the moment, but some artists make things a little easier to assess than others. HOSH’s Fryhide label is of such a consistent quality you can make an educated guess that it’s worth your time to click into. When you couple that with the reputation and bodies of work behind both HOSH and Tone Depth and you start to build up a picture of what might be happening.

Right on the money, the sound of HOSH & Tone Depth together is a hybrid of HOSH’s organic, well-rounded sound and Tone Depth‘s superb melodies. But this isn’t news, HOSH and Tone Depth have collaborated on many occasions including ‘Beirut’ on Fryhide and notably their remix of Hernan Cattanneo & Lonya‘s ‘Confession’ on Warung. 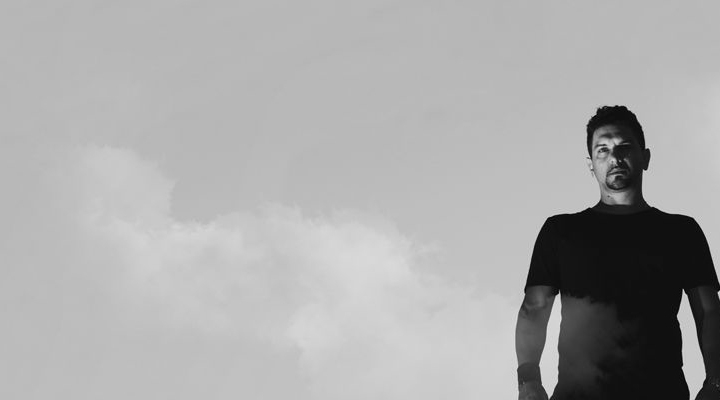 ‘Airwolf’ is nearly eight minutes of analogue saturated, fire & ice house. The bass is insistent and nagging, the drums light and funky taking away that heavy progressive sound, and the synth riffs are ethereal and spacey. The pads are lush and soft and the overall feel filmic and original. The riffs in the break fuel the energy, spiraling upwards like a space rocket controlled by a guffawing end-of-world maniac.

There are so many ways to describe the music that Fryhide releases but words don’t do the sound justice, it’s just out there on its own like the genius kid at school that everyone’s slightly wary of but they know they will change the world one day.

‘Express’ is more of a journey, you really hear Tone Depth‘s influence in the melodies on the break. But ‘Express’ isn’t quite as easy to digest, it’s a thinker, an interplanetary plane shifter, filmic and epic but slightly uncomfortable in it’s own skin. I really like the fire & ice nature of these tracks, electronic but electronic with soul, one minute lush and the next testing. This reminds me of James Holden or Nathan Fake, simple in its complexity and pushing the listener to reach for something, think and digest.

Two killer tracks, no remixes. Hats off to Fryhide for keeping it pure. You’ll love this sound or hate it. I love it. It’s organic and different, it’s not the copy and paste, clicky, digital clone-house we hear so much of today.

Tune out the white noise and tune into HOSH & Tone Depth.