RADIANT is my new favourite label. Curated by the ultra talented Sabb, his sound shines through, not only via his own productions but in the choices of his artists and remixers. His recent release ‘Jeopardized’ is a prime example, chunky and driving house that isn’t quite progressive or techno, tech-house or house but has shades of them all intertwined.

Dorian Craft‘s recent releases on Selador and Sudam have been exceptional leading me to believe that he is a genuine talent breaking through, but this release on RADIANT is a step up again. The quality of sound is immediate, and the richness of the production is also very present. But the fullness of the tracks is refreshing too. It reminds me of Richie Blacker‘s no holds barred ‘Mess Express’ on Sasha‘s Last Night On Earth for sheer unadulterated thrills.

From the very start there are multiple elements, analogue riffs, shuffley percussion, ambient sounds but from there it very quickly progresses to solid bass, catchy synth riffs, piano and chanting vocals. Yep, it’s all in there and the sheer number of elements could be a disaster, but it isn’t. Somehow ‘Avila’ feels even a little restrained like it has more to give in a wistful, melancholy way. This is a peak-time moment, emotive and powerful but not in an obvious way. ‘Avila’ is like being thoughtful on a rainy day or looking out to see whilst a storm blows in. A special track. 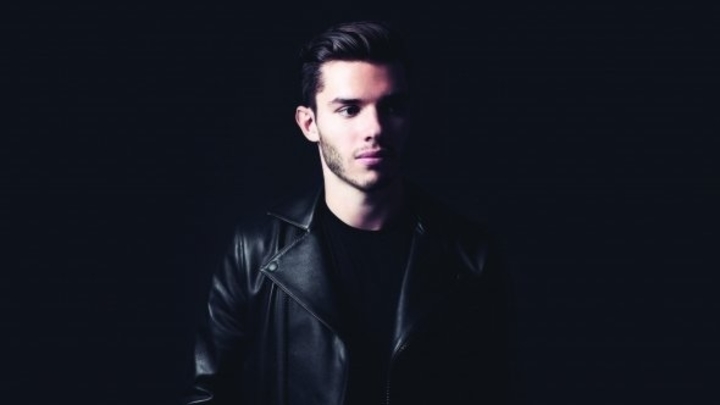 Sabb‘s own remix levels things out from the original, turning it into a heads down groover whilst still utilising many of the elements such as the piano and vocal. It must be hard for Sabb as the sound of the original is quite similar to his own sound but he does a great job, especially with the drums which are outstanding.

Fabio Aurea turns in another bass-led groover, suitable for the later night floors or deeper moments. None of these versions are deep beyond being able to play them on the main floors, all retaining the key elements of the track but playing with the arrangement and levels of intensity.

‘Les Mots Du Ciel’ (the words from heaven) is another original track and another absolute belter. Big rolling bass, clever (and unusual drums), soaring pads, bleepy arpegiatted riffs and vocal snippets. But it’s the intensity of feeling that gets you. ‘Les Mots Du Ciel‘ is just packed full of it, like it has something to say, a point to get across and it won’t stop until it’s done.

Finally ‘Kaskida’ closes the package with the third original track that is equally as good as the other two. Cool bass, driving analogue style synth riffs, lovely ambients. A tad deeper perhaps – until the riff kicks in in the breakdown.

I’m out of superlatives. Dorian Craft take a bow. Each of these tracks would merit their own release and here you have three in one place. The remixes are good but unnecessary, it’s all about the originals here. Three tracks that are evocative of the time in the history of house when innovation ruled and pure unadulterated fun was what house music was all about. Serious fun.