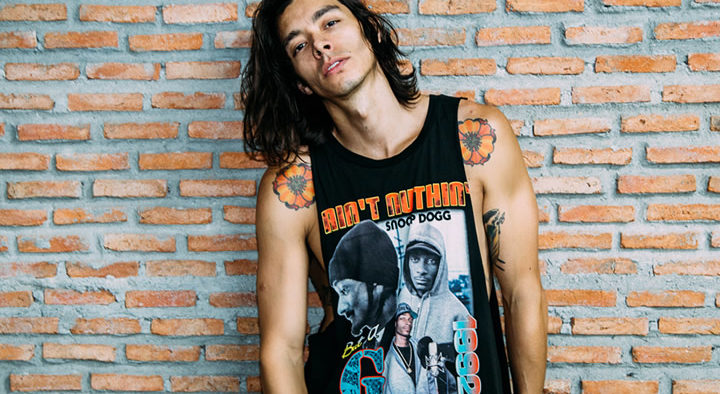 “Do you want fire? Juany Bravo fires up your dancefloors with his new cut ‘Dame Fuego’.

South American made, North American raised. This self-taught producer’s style is marked by a blend of hip-hop, disco, Latin grooves and classic house sounds which are present in the wide range of original productions and remixes in his repertoire. After spending a year in Spain honing his craft and being able to play on the legendary white isle, Ibiza, and world renown clubs in Barcelona, such as Opium, it is clear to see that the old world’s dance music style has rubbed off on him. Over the last few years, Juany Bravo has seen Beatport chart-topping releases on labels such as Lapsus Music, Go Deeva Records, In The Loop Recordings, Sleazy G, Audiophile XXL, Dear Deer Records, and Beachside Records, while scoring support from major musical tastemakers and blogs.

The percussion enthusiast born in Ecuador and raised in the states is raising roofs with his first 2 track EP on ‘Hot Sunday Records’. ‘Dame Fuego’ & ‘Kingston Blaze’ have an undeniable groove & will have you smashing air bongos before you know it.

Cheers Juany you really have put the ‘Hot’ in ‘Hot Sunday’ here.

Juany Bravo chats getting gigs in different countries, Djing and Music is 4 Lovers