Though based in Berlin, the tour that would see off the 50Weapons imprint seemed particularly meaningful in Manchester’s Warehouse Project, due to its inception in the city a decade ago. When label heads Modeselektor drunkenly sat down with Shlom (Boomkat, Manchester), the idea to release exactly 50 weapons of choice wasn’t always such a certain concept, but that didn’t bother music fans. The label went onto develop widespread global respect for curating releases whose influences clearly derive from diverse sources, with one underlying theme: it’s music for a dance floor of open-minded listeners.

When the folks behind the label is responsible for a sound that encapsulates Berlin: techno, dub, hip hop, electronica and some other categories we group music into; as well as naturally emitting incredibly down to earth behaviour, it’s really no surprise their ethos has been extensively applauded by listeners as well as the artists they represent. Offering support and actively encouraging artists to nurture their own sound, the news of 50Weapons’ decease hit hard but remained true to the label’s original concept. Featuring releases from a heady selection including Benjamin Damage (who debuted the label with Modeselektor), Doc Daneeka, Shed, Phon.o, Addison Groove and others, the last perhaps reflected the mood of this label’s ending; a dark construction of dub techno in the form of Trees, which features Paul St. Hilaire (the pair worked with the Rhythm & Sound reggae vocalist on Let Your Love Grow from 2011’s Happy Birthday!), but the atmosphere at Warehouse Project was quite the contrary. Revellers were going to celebrate this much-loved label with high spirits.

First being introduced to Modeselektor when SBTRKT sent through some of their tracks, trio Dark Sky have released on other quality imprints such as Brooklyn’s Mister Saturday Night (a party originally thrown by Justin Carter and Eamon Harkin) with their dub-techno-house sounds, and while Addison Groove delivered his hip hop-leaning dubstep in Room 2, Dark Sky lent Room 1 an atmosphere suited to their name; a brooding selection of tracks which included Maurice Fulton’s remix of DJ Nori’s Happy Sunday; shuffling hi-hats and claps that undercut deep, trembling melodic synths. Over in Room 2, Doc Daneeka and Benjamin Damage span back to back for a set that began more upbeat than Dark Sky’s offering, but desceneds into a booming foray that attacked the surrounding walls and was absorbed by the club goer, allowing them to flail their arms to Laksa’s Contrasts; an urgent and alarming selection riddled with demanding and heavy percussion.

This aptly prepares the crowd for René Pawlowitz; an artist whose devotion to early rave and hardcore clearly evident in his own productions, takes inspiration from Berlin and Detroit techno and fuses the lot together with ear-bleeding sounds. Shed‘s debut release on 50Weapons, The Killer, back in 2012 was a visceral, 11-track LP that did its name justice. His set on this evening proved similar and carried on from where Daneeka and Damage’s set left off and gives a nod to his label-mates; the same insistence being mirrored in the breakbeat-laden SCNTST remix of Benjamin Damage’s 010x, whose wonky house-inspired synths served to send its listeners into a frenzy. Shed’s set wasn’t for the weak-hearted as his set continued to pummel through some heavy selections that could’ve caused a medically significant reaction, especially as Rave (Dirt Mix) via his own Head High alias boomed through the systems, causing the crowd’s bones to quiver at his will.

Back in Room 1 for what would be described by most as the main event of the night, Modeselektor’s live collaboration with Siriusmo, Siriusmodeselektor took form and though Siriusmo has admitted to suffering from stage fright, the trio looked at ease and served to deliver a high octane set of tracks from both artists, including remixes of collaborators such as Apparat.

The handiwork of visual artist Pfadfinderei could be witnessed mesmerising the crowd through brightly-coloured rapidly-changing animations, including Modeselektor’s signature monkey face. The chunky synth-lines of Modeselektor’s I’m Not into Twerk, I’m into Kraftwerk rippled through the packed-out room before the more electronica-sounding output of Siriusmo’s High Together mellowed the tempo of the set-up; its subtly funky bassline permeating the humid air while punters sucked on unnaturally coloured ice pops (the weather had transpired to be typically Mancunian and drizzly, instigating a mild sauna-like atmosphere).

The affair continued with Siriusmo’s Mosaik and its dreamy arpeggiated melodies, hurried along by insistent bass-heavy synth lines several octaves lower. The sonic atmosphere then turned typically Modeselektor; highly rhythmic, techno-based hip hop undertones with a playful nature as the whirrs of Grillwalker shortly melded into the tinny assaults of Evil Twin; a clear favourite with the crowd with everyone in attendance unanimously cheering its introduction. Ending the set as they so often have, the slow-grinding R&B groove of Berlin came to form with Miss Platinum’s enticing vocals; lovers being brought together as bodies rippled.

After thanking the crowd for their continued support, the trio made way for Rødhåd’s delivery that was consistently ear-battering but with a tight, uncluttered style. Spending the late 90’s organising open-air parties in the outskirts of Berlin, his first release (on his own label DYSTOPIAN) was praised by techno deities including Jeff Mills and Marcel Dettmann and just two years later, he didn’t fail to fill the boots of Siriusmodeselektor in Warehouse Project’s main room. Meanwhile, Modeselektor took to the stage in Room 2 for a DJ set, selecting their typically frenetic yet playful choices with thumping basslines.

There won’t be many who won’t agree that 50Weapons was stopped prematurely despite hitting its 50 output target, but with a send off of such high quality (in both releases and club night curation and delivery), memories will remain vivid and their 50 weapons will live on through dance floors. Hardcore will never die. 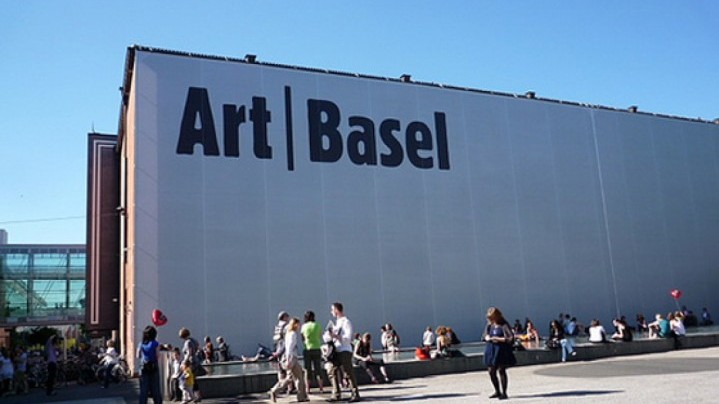