Emanuel Satie, the Frankfurt-born, Berlin-based house and techno producer had been steadily picking up steam with straight to dancefloor hits on DTFD, Get Physical and Gruuv.  His rework of Late Nite Tuff Guy’s remix of DJ Le Roi & Roland Clark’s I Get Deep hit number 1 in the Beatport overall chart and still sits high in the chart today.

Emanuel’s list of notable remixes is also growing, with remixes for DJ Sneak & Riva Starr on Snatch Records, Who Made Who on Get Physical & Shiba San on Suara all having dropped in the first half of 2016. The second half of the year has seen in-demand Satie release a slew of high profile singles and remixes including an EP on Hot Since 82’s Knee Deep In Sound Label dropping in August to critical acclaim, and a stunning remix for Riva Starr released on Green Velvets iconic Cajual Records which has been doing damage on dancefloors the world over.

Most recently Satie has picked up the coveted Best Producer award at the DJ Awards, an acclaim previously won by such luminaries as Maceo Plex and Solomun.

Check out his mix above or download it from here

What’s your personal favourite track on it?
The idea of this mix was to pick out my favourite tracks from this year, so there are really only favourites on here! If I had a gun to my head I would pick ‘Sex’ by Black Loops though. Riccardo from Black Loops is working in the studio next to me and we are friends, so I listened to this track countless times through the studio walls and it kind of followed me through the whole year. Not something I can usually play, but a track I could listen to for hours (or a year lol).

What’s the special ingredient in this mix?
I don’t know if there’s a special ingredient, but my focus for this podcast was to pick tracks from all different kinds of styles and genres, yet still creating a nice, flowy mix. I hope it worked out.

What’s the best gig you’ve played recently?
Too many to mention, but I’ve just come back from a South America tour in Argentina and Chile. For me those places are amongst the most special to play at. The passion for music and dancing is huge over there. In Argentina they have a way of moving on the dancefloor you can’t find anywhere else in the world, actually this mix is also inspired by that. But in general I’ve been very lucky lately and I’ve really enjoyed all gigs I have played.

What have you got coming up?
First off I have an EP on Moon Harbour coming and a remix for Matthias Tanzmann. Matthias was a massive supporter of my music this year, so I’m very happy I get to work with him again. After that I have an EP on Saved that I am very proud of, it’s gonna be a bit different – still dancefloor stuff, but a bit more musical. Also, I have an EP on Eats Everything’s label Edible coming. He’s already rinsing the track everywhere and getting some great reactions. Edible is one of my favourite labels at the moment, it’s only around one year old, but in my book they delivered the perfect start. All about dancefloor fillers that sound different from the rest of the game. This is also my philosophy.

And finally, do you have a special message for our readers?
Yes. I wish you guys a great 2017, keep raving, stay positive, spread love, the world needs it and music is a good and fun way to do it. We’re all in this together. I really feel our scene is more than just partying, we are all part of an open minded, passionate community that has so much potential to do good things in this world.

Emanuel Satie teams up with Bridges for Music for Charity EP 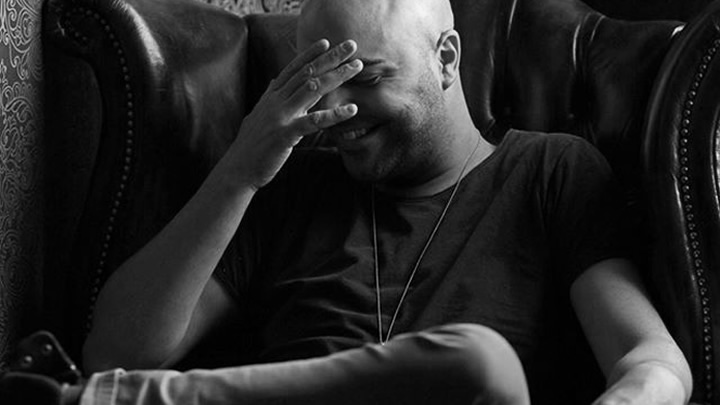