Lithuanian artist Ten Walls has been forced to apologise for a series of homophobic rants he published on his Facebook page.

Born Marijus Adomaitis the ‘Walking with Elephants’ producer, who also operates under the name Mario Basanov,  bizarrely compared homosexuality to paedophilia following a conversation with another Lithuanian musician who had challenged his views whilst in the studio together. Voicing his outdated and ill conceived opposition to homosexuality Adomaitis posted the following comments on his Facebook page:

‘I remember producing music for one Lithuanian musician, who tried to wash my brain that I don’t need to be so conservative and intolerant about them. When I asked him “what would you do if you realized that your 16-year-old son’s browny (anus) is ripped by his boyfriend?” Well he was silent.’

Before adding ‘the good 90s… these people of different breed where fixed’ and then most offensively of all likening homosexuals to paedophiles within the Catholic church: ‘One of my first gigs in Ireland, on my way to [my] hotel I saw a church with a fence decorated with hundreds of baby shoes. Naturally I wondered why?

‘Unfortunately a priest’s lie for many years was uncovered when children were massively raped. Unfortunately the people of other breed continue to do it and everyone knows it but does nothing.’

After this utterly disgraceful set of comments on his social media page, a number of top festivals around Europe have dropped him from their line-ups with Creamfields, Sonar, Pitch and Urban Art Forms Festival all moving quickly to remove him from their rosters. Creamfields issued this statement earlier today ” In response to recent derogatory and homophobic comments made by Ten Walls who was one of the artists due to perform at this year’s Creamfields festival, we have made the decision to remove him from the show.

Whilst we respect freedom of speech, we find his defamatory and prejudiced comments about the gay community extremely offensive and feel that this is not in line with the spirit of Creamfields or an opinion that we support. Creamfields is celebrated for being a festival that welcomes all and we have a zero tolerance policy when it comes to hate of any kind. Everyone who attends our shows should feel welcome and safe. Comments like this, coming from one of the artists contradicts our festival ethos.

We apologise for any inconvenience and disappointment this may cause and hope you respect our decision.”

Ten walls has been rightly slammed by other DJs too on twitter.

My one Ten Walls record now looks like this – pic.twitter.com/XPSdiKCAH5

His agency Coda Music, has now dropped Ten Walls from its client roster. A statement explains: “Coda Music Agency condemns all forms of discrimination based on race, religion or sexual orientation. We are proud to be an equal opportunity employer and to represent a hugely diverse roster of artists. We no longer represent Ten Walls.”

Ten Walls has since moved to apologise, issuing a statement retracting his previous remarks but tellingly only after under heavy fire from the vast majority of the music industry with feeling his apology to be hollow one, with his true feelings on the matter previously revealed for all to see. Check out his apology below.

‘Last week I wrote a Facebook post that was wrong and completely out of character and the result was a badly written post that was unacceptable. It was never my intention to offend anyone. I’m really saddened by everything that has happened and I would like to apologise to everyone I’ve let down, especially to my friends in the gay community, and my fans. I now need to take a break and have cancelled my upcoming shows.’ 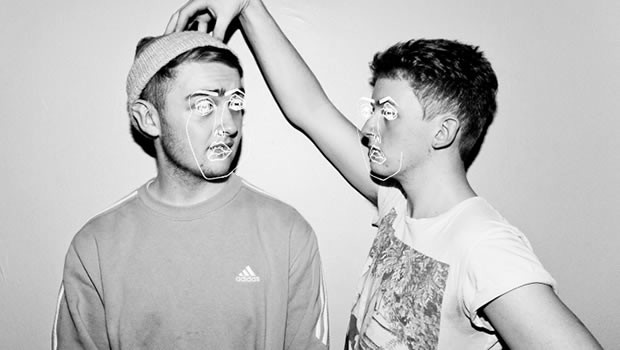