Lithuanian musician Ten Walls has issued a public apology for a series of homophobic comments he published on his Facebook page earlier in the year.

Born Marijus Adomaitis the ‘Walking with Elephants’ producer, who also operates under the name Mario Basanov,  bizarrely compared homosexuality to paedophilia following a conversation with another Lithuanian musician who had challenged his views whilst in the studio together. Voicing his outdated and ill conceived opposition to homosexuality Adomaitis posted the following comments on his Facebook page:

“I remember producing music for one Lithuanian musician, who tried to wash my brain that I don’t need to be so conservative and intolerant about them. When I asked him “what would you do if you realized that your 16-year-old son’s browny (anus) is ripped by his boyfriend?” Well he was silent.”

Before adding “the good 90s… these people of different breed where fixed” and then most offensively of all likening homosexuals to paedophiles within the Catholic church: “One of my first gigs in Ireland, on my way to [my] hotel I saw a church with a fence decorated with hundreds of baby shoes. Naturally I wondered why?

Unfortunately a priest’s lie for many years was uncovered when children were massively raped. Unfortunately the people of other breed continue to do it and everyone knows it but does nothing.”

After this utterly disgraceful set of comments on his social media page, a number of top festivals and his management company quickly dropped him from  their rosters, leaving the producer with no choice other than to take an enforced break away from the scene. Now in an attempt to repair the damage to his reputation and career, Marijus has issued a second apology for his actions, which after being received by Data Transmission can be read below.

“I’m Marijus Adomaitis aka Ten Walls. Earlier this year I posted comments on my Facebook page, that I deeply regret. My post was linked to homophobia and was very offensive. I am ashamed to have hurt so many people: my family, my country, my colleagues, my friends, the Global LGBT community and many others. Since then I have taken time out to reflect on what I did and work out a way of apologizing that expresses how sorry I am.

I am saddened by my own behavior and the impact of my actions on others. I offended a lot of people, was the cause of horrible debates, wrecked both my own and the confidence of others and ruined the plans for many people I was working with. Understandably, I was labeled homophobic and I am not and never have considered myself to be this way. I have to tell you that my action was completely out of character and done at a particularly angry and stressful time in my life. This is not an excuse, but I would like you to know that the content of my post is not a true reflection of my feelings. For many years I have been happily working and collaborating with people from different cultures, religious and sexual attitudes. I have always respected everyone.

My post made no sense, even to me. I’m a musician. My music is for everyone in this world. I always try to unite people to promote respect, equality and tolerance, love and peace. It is my priority as a music maker, in music there is no space for discrimination. It is my intention to do something in my home country of Lithuania, to support LGBT groups and educate others on acceptance and tolerance. I am now part of a group of people who have created an electronic opera ‘Carmen’ with a strong message of this. I hope my involvement in this project will be the first step to educating others in my home country that homophobia is simply not acceptable and that everyone should be free to live the life they choose.

I am sorry for what I have done. I am sorry I let myself down. I hope you can forgive me and that one day through my actions and future behaviour, I will once again be accepted for my music.

Will it be enough? We doubt it. His comments were beyond the pale and whilst we’re all for people learning from their mistakes, it is hard for us to judge just how sincere he is in his remorse. We hope for his sake that he is. 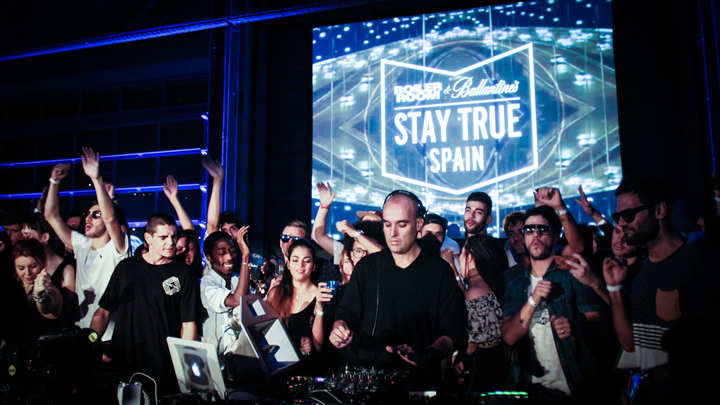