In Conversation with… System 7 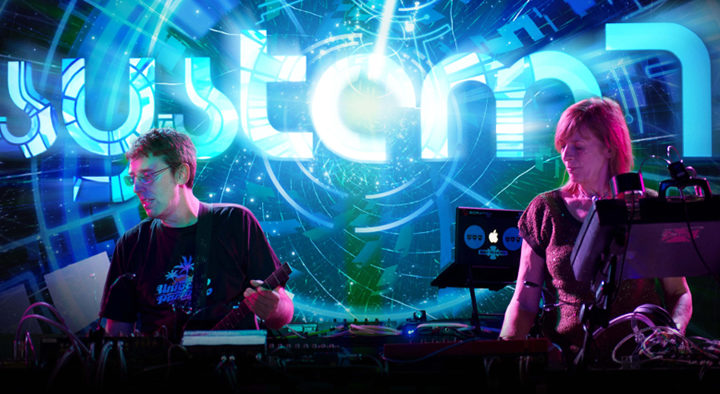 Pivotal and enduring System 7 deliver the latest evolution of their dance floor sound alongside the chilled downtempo grooves of their sister Mirror System project on ‘Café Seven’.

Inspired by the acid house explosion, System 7 are one of the UK’s foremost unique Live techno bands, hailed for their impressive earth-moving Festival sets,and work with some of electronic music’s true innovators from The Orb to Richie Hawtin who remixed their incredible ‘Alpha Wave’ classic.

Steve Hillage and Miquette Giraudy’s combine System 7 and Mirror System tracks this album is 10 tracks of atmospheric tech beats and soundscapes, including original productions as well as a couple remixes in both guises. ‘Café Seven’ will be released on vinyl, CD and digital on A-Wave Records from June 2018. 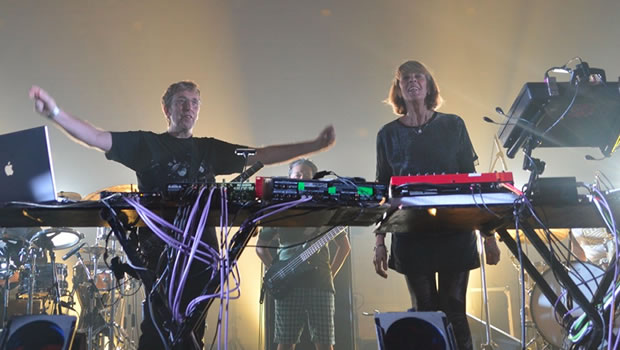 So just who are System 7…

I’m Steve Hillage and my partner is Miquette Giraudy. We first came together in the psychedelic rock band Gong, but we gravitated towards electronic music in the 1980s and started System 7 in 1989. I play guitar and I also program the beats whilst Miquette plays synthesisers. We have a musical style that ranges from softer more ambient sounds to tough techno/trance. We have just released a new album, ‘Café Seven’ which features our chilled grooves as Mirror System alongside the psychedelic techno sounds of System 7.

You’ve been together for 25 years and how do you feel the techno scene has evolved since then?

Obviously there are more genres and micro genres now than there were then but I’m really upbeat about the scene in the circles we move in. There’s a lot of great things happening, and fantastic festivals to play at where there’s a real appetite for what we do. But I’m not such a fan of commercial EDM, which is also still a big thing at the moment, and I don’t enjoy Ibiza as much as I used to. Berlin’s still got some great things happening though with artists like Recondite, and Paris is really firing with clubs like Concrete. 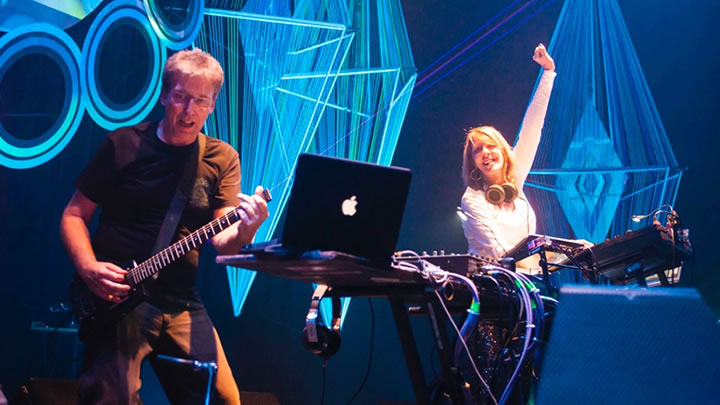 What made you decide to go into the techno scene?

It was a long and natural progression from our psychedelic past and our earlier experiments with synthesisers. We watched the dance music movement build in the 1980s and then it became our musical home.

You tour Europe a lot, which has been your favourite country to play & why?

Actually our favourite country outside of the UK to play is Japan. We’ve developed a really good communication out there and many people really understand our music on quite a deep level, despite us not speaking well the language. Japan has a highly developed dance music and techno scene. We are going there again for a tour in July this year.

Tell us about the System 7/Mirror System show and what can we look forward to?

We’re really looking forward to presenting a full spectrum of our own personal style of electronica, and to provide a full evening’s uplifting entertainment! Our main London show will be on October 20th at Under the Bridge, with special guest Alex Paterson (of The Orb).

With so many songs to choose from, how’re you balancing the old with the new?

Quite a lot of our current sets comes from the new album. We’re changing our sets all the time, to suit our current mood and to get the right balance for each event. It’s great to have a large pool of tracks to choose from as this allows us to be pretty flexible. And sometimes we change the set in mid-show if we suddenly get an idea and which to bring in a track that wasn’t in our prepared set list. And we generally also include some of our old favourites like ‘AlphaWave’.

After 25 years and 20 albums, what keeps you going?

Well the first thing to say is that we really enjoy what we do, and we are really pleased with the balance we’ve achieved between recording and playing live. But more than that we still retain a hunger for learning new techniques, finding new sounds, a generally progressing in what we do. I guess if we lost this hunger then things might change, but for the moment it’s still all systems go! 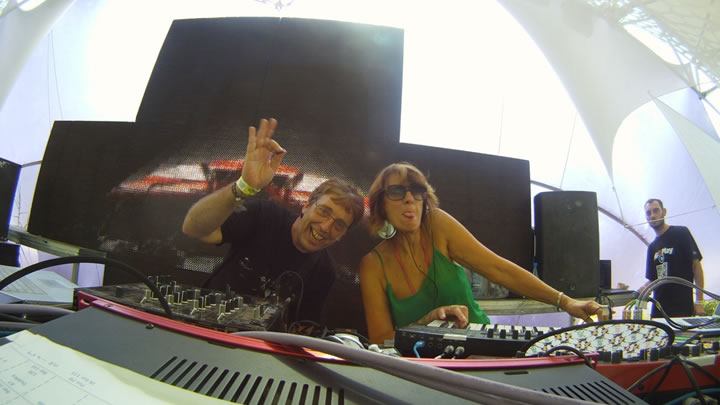 You’ve worked with The Orb, Derrick May and Dubfire, to name a few – who’s left on your wish list?

To name a few:- Jeff Mills : Mike Banks (Underground Resistance) : Ryuichi Sakamoto. But in general the people we collaborate with are not so much planned – it’s more a case more fellow travellers with whom we cross paths on our onward journey.

You’ve pushed the boundaries of techno. So you keep an eye out for new bright lights on the scene? What’re you listening to at the moment?

What are your views on downloading music, do you feel people are shying away from buying physical copies?

We try to make our CDs into nice stylish physical objects that are a pleasure to have, and we still sell good numbers of CDs. There is one thing that is making it harder now though as fewer laptop computers have CD drives and many people like to listen to music on their computer – and of course many also listen on mobile devices. Downloading music is fine but we think that it should be paid for. With iTunes if you get our full albums you also get a pdf file with the artwork and credits.

What advice do you have for up & coming bands?

The advice originally given by Jimi Hendrix:- ”Stay with your thing”.

If you could use anything as a time travelling device what would you use and why?

I would seek to employ music itself, because I can’t think of a better way to travel. As I once said a long time ago… “This is not a physical spaceship – just a set of organised vibrations – known – as – music.”

You’re touring this summer including playing at the Ozora and Weyfest festivals and what’s next?

After our album launch we are playing at Elixir of Life on Saturday 16th June, with The Orb at Orbfest – 30th Anniversary at The Roundhouse on Saturday 23rd June and supporting Orbital in Brighton on Friday June 29th and Hull on Saturday June 30th. Then its on to Japan in July and when we get back we play the Ozora Festival in Hungry the first week of August and back to the UK for Weyfest Saturday August 18th. A whole bunch more in the Autumn including our October 20th London show at Under the Bridge. http://www.facebook.com/System7page 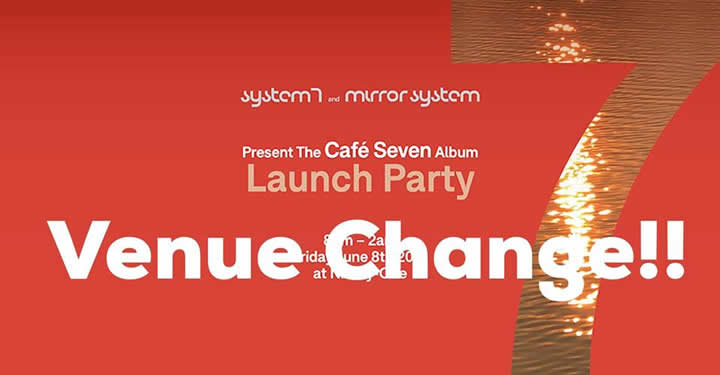