Here at DT we like to get the weekend started as early as possible, so with that in mind we’ve got a real treat in store for you today with an exclusive feature involving no less than two duos and four esteemed artists.

Leeds-based house duo Bonar Bradberry and Tom Thorpe have been working together as PBR Streetgang for coming up to a decade now, cutting their musical teeth on their home city’s infamous nightlife, and developing into an act that’s equally known for their quality studio output on labels like 20:20 Vision and Futureboogie, as well as their reputation for using the back-to-back setup to maximum dynamic effect in their DJ performances. Now teaming up with veteran house duo X-Press 2 – who have been wowing crowds for the best part of the last 30 years – for an almighty ‘ménage à quatre’ titled ‘Cosine’ on Futureboogie this March we saw both pairings dispense with the original interview format and ask the questions as well as give the answers. This is X-Press 2 Versus PBR Streetgang.

PBR Streetgang is the name of the boat from the film Apocalypse Now. PBR stands for Patrol Boat Riverine. Why? because we’d been playing together for a few months without a name, we love the film and were watching it one night with a good friend John St John who suggested it at the end of the film… and it stuck!

For us nights like Back to Basics and Hard Times paved the way and set the standard for how to do it and I think the Leeds scene will always be indebted to them, particularly to Basics for its continual presence and quality for the last 20 plus years. That said we ran our own very successful night ‘Asylum’ for 10 years in Leeds before calling time on it in 2013. It was where PBR Streetgang began and was a platform for us and other artists such as Simon Baker and Dan Ward (one half of Acid Mondays) so to answer honestly for us it was all about Asylum really, but that doesn’t mean there weren’t plenty of other great parties like Technique for example that we would go to and sometimes even co-promote with.

You’re known to favour the slightly more down tempo groove. What are your favourite BPMs and why?

To be honest, we don’t really have one when were DJing. A typical set from us can range from 110 to 130bpm and back all within the space of a few hours but production wise we do tend to be a bit more down tempo on the whole. We can’t say why really, we think it just feels a little more natural to us. There are some very interesting theories on BPMs and our bodies connection to them such as heart rates and breathing patterns and 120 and 115 always seem to crop up.  For us, a loose rule is if you want to dance all night (and sometimes into the next morning) which we do, then its better to do it a more relaxed pace… It’s a marathon not a sprint!

Well Berlin, Ibiza and Leeds are all brilliant in their own unique way and we love spending time in them and DJing there, but they are so markedly different its hard to compare or even choose, they’ve all got their own edges. We’ve never been to Tokyo yet, ask us in a years time and hopefully we’ll be able to tell you!

Talk me through your first musical awakenings, inspirations and pivotal tunes?

These are always really hard questions but I suppose the first album I bought,  Prince – Diamonds & Pearls was a turning point. Up until then I was just borrowing all my music from my brothers and sisters music collections and after that there was no stopping me. I must have listened to that album 100 times if I’ve listened to it once; it was the beginning of my record collection and effectively set me on the path I’m still on 20 odd years later.

You’ve guys have been DJing and making music for over 20 years now, did ever expect it to last this long and have as much success as you’ve had?

No absolutely not. We started DJing together in 88 and I can remember us discussing that it’d be great if we could still be doing this in a years time and here we are 27 years later. We’re still excited by new music as well as making music as we always have been.

From a DJing perspective, our set up was  “borrowed” from you when we warmed up for you once in in 2004 (using 4 decks and 2 mixers) where did the idea for you guys to DJ that way come from?

Well, we were inspired by Masters At Work when we saw them on 4 decks at Ministry way back in the late 90s. It was also a way that we could all be playing at once rather than stand there for 20 minutes while the other 2 guys took their turn. It could sometimes be a pain for some clubs and promoters to sort it but it worked well when it was done correctly. We still play like that now, albeit in a slimmed down version since Ash moved on. Whereas at one time we’d have 6 turntables, 6 CDJs and 3 mixers, we’re now down to 4 CDJs and 2 mixers. The whole multi deck DJ thing just makes it all a bit more interesting.

“Muzik Xpress” came out in 1992 and is one of our favourite house records of all time, there probably isn’t a month that goes by where we don’t play it. Would you say is there is a key to making timeless records?

If we knew what the key was we’d be turning out number 1 chart smashes constantly. I think we just hit on an idea that connected with people. We wanted to make a record that sounded like DJ Pierre but had the big drop like a European techno record. We weren’t that great at programming beats so we sampled loads of our old disco records. So it was all this coupled with a great bass line that held it all together. Put that together and Bob’s your uncle.

Outside of our collaboration what are you guy currently up to?

We have new music coming out with Skint, an album entitled MMXV. We’re working on new tracks to follow that. There’s also a few tracks that we’ve contributed to for Gareth Whitehead’s label and another couple of collabs that we’re just finishing off. Those should be out before the end of summer, fingers crossed.

Finally, Pies… our favourite is Steak and Ale… What’s yours and why?

The ones you get at a pie n mash shop. I think they’d call it meat if you asked what it contained. 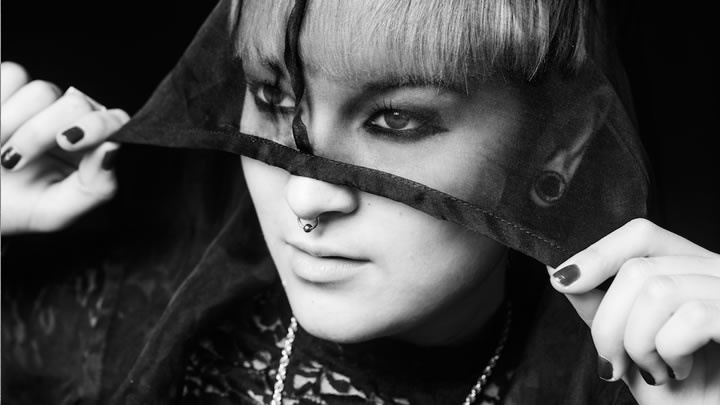