There’s something about seeing an over-50 in a luminous bucket hat, that makes us feel strangely safe. In fact, a lot of things about Herefordshire’s Nozstock give off a reassuring vibe. Despite arriving on a drizzly Friday afternoon and promptly getting lost (ok, so the map was upside-down), the combination of dreadlocked ravers, old men in hiking gear, and new age hippy families has Data Transmission relaxed and looking forward to the weekend.

Although we foresee a healthy portion of our weekend being dedicated drum & bass – after all, DT is hosting a stage featuring legends Dillinja and Ed Rush & Optical – it instantly becomes apparent that Nozstock is a haven for hip hop heads. Fronted by Dr Syntax, Sparkz and Truthos Mufasa (the latter of whom is making his Nozstock debut), Manchester collective, The Mouse Outfit, lay down solid foundations for what is to be a weekend filled with witty bars and uplifting brass. From the triple threat of Mr Woodnote, Lil Rhys and Eva Lazarus, to High Focus representatives, Dead Playaz – who treat us to a few cuts from their forthcoming Freshly Skeletal LP – the artists on display are the perfect example of how UK hip hop has progressed past its older brother across the pond. The focus is on keeping it fresh, relatable and bringing it back to the grassroots attitude that made the genre what it is. We’re actually glad to find out that headliners Wu-Tang Clan have pulled out at the last minute and been replaced by De La Soul; having seen the group at Common People earlier in the summer, we think their fun-filled style is far more fitting for Nozstock.

When DT finally do get our skank on, it’s Chimpo who initiates us. Transferring from grime into jungle, the mc/producer is joined by his Levelz cohort Sparkz, who once again proves himself unstoppable on the mic. Following the Manc pairing, Sam Binga and regular collaborator Redders keep the energy levels sky high with a mix of juke and jungle, topped by a bone-crunching remix of Ol’ Dirty Bastard’s ‘Shimmy Shimmy Ya’. Well, at least we got a taste of Wu-Tang, eh? The most brutal drum & bass assault comes on Sunday night, when Data Transmission is sucked into the twisting, sprawling mass laid out before Congo Natty. The artist-formerly-known-as-Rebel-MC lets us know the junglist movement is alive and well, before Playaz head honcho DJ Hype steps up with MC Daddy Earl. Now we’re not always the biggest fans of jump up here at DT, however, all preconceptions disappear instantly as we lose ourselves in the crowd. And when the trance is broken and we finally have to trudge back through the mud to our tent, we can honestly say we miss it.

But it’s not hype (pun somewhat intended) that really makes Nozstock. The friendly, down-to-earth vibe blossoms from the little things; the low-key stages for example, position artists close to crowd instead of putting them on a pedestal. Taking this concept even further is the Wrong Directions Cinema; where we perch on a bale of hay to watch now-hilarious, ’60s puppet show, Space Patrol. Or take the Tent of Temporary Thought for example, in which we sit cross-legged on the floor for poetry from El Crisis and the incredibly moving Katie Bonna. It’s this kind of atmosphere that lets up-and-coming artists thrive at Nozstock; we witness an array of new acts from across the nation, including rumbling indie from Swindon’s Sahara Heights, Brighton 4-piece The Future Dub Project, and the sugary-sweet singing of Oxford’s Ella Martini, who impresses with her rendition of Lauryn Hill’s ‘Doo-Wop (That Thing)’.

Sure Nozstock may get a little weird a points (and thoroughly dirty at others), but as we sit in the sun, stuffing ourselves with delicious courgette cake from the Chicken Cow Cafe and watching painted revellers chase each other around in the valley, Data Transmission feels the love, and we look forward to feeling it again next year. 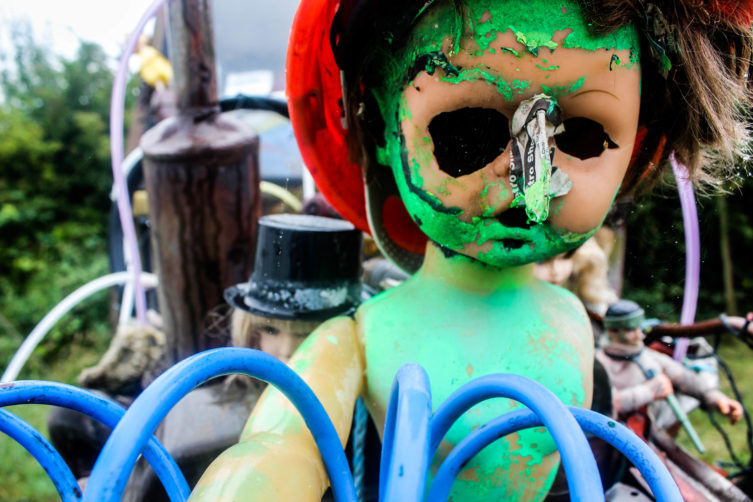 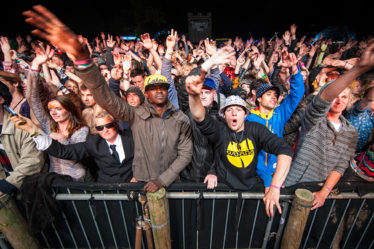 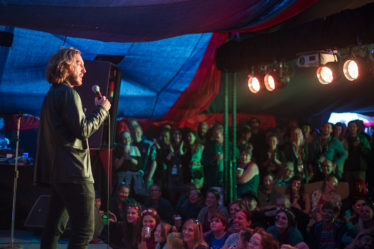 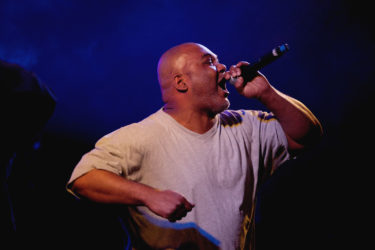 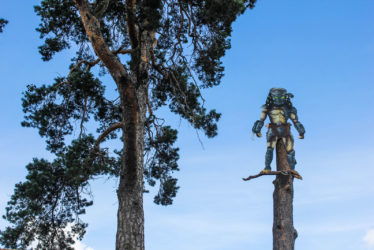 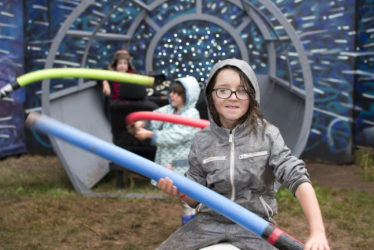 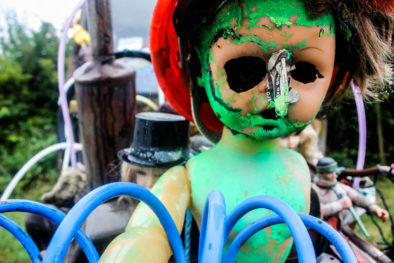 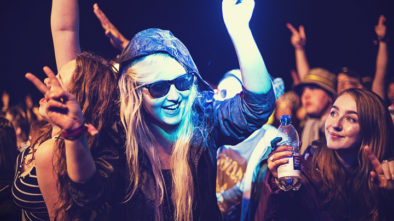 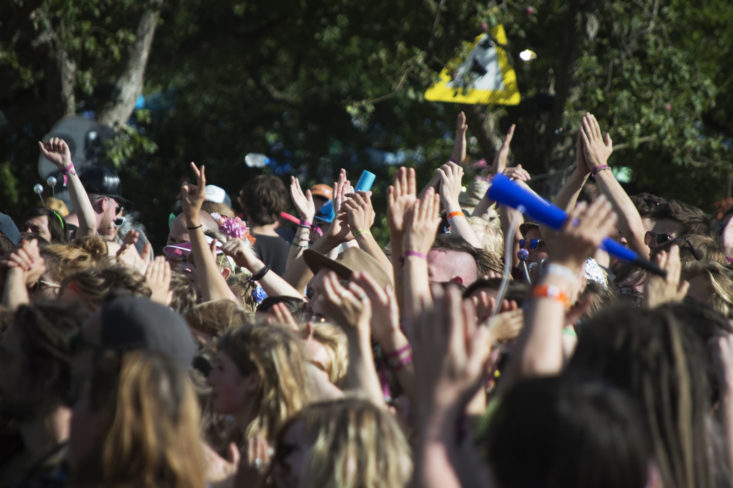 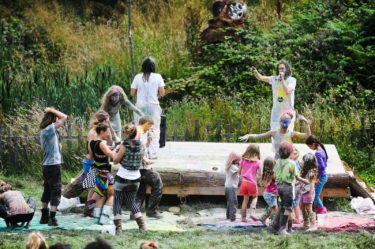 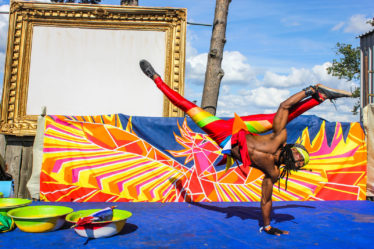 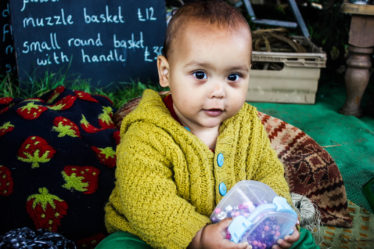 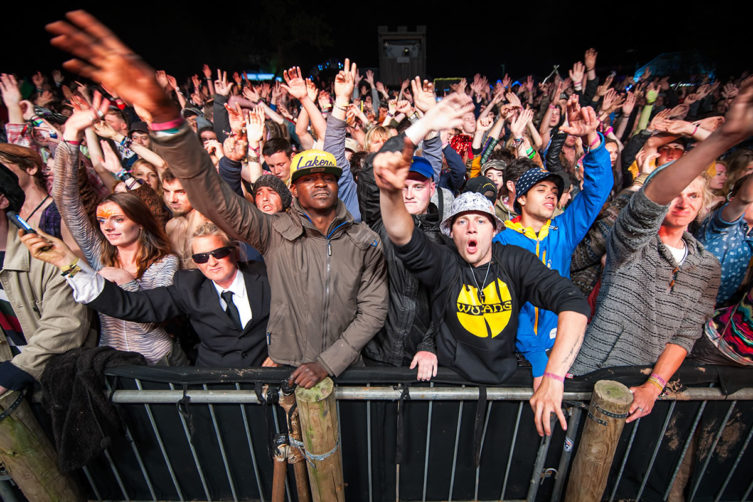 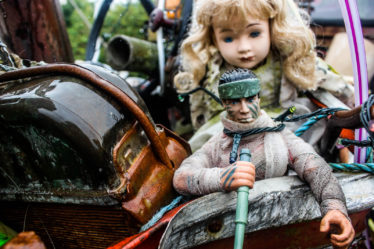 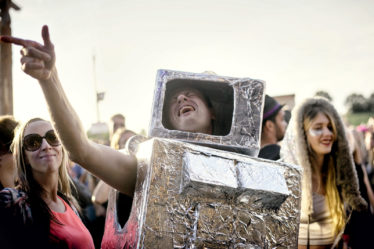 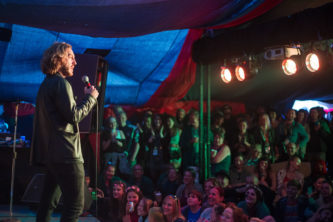 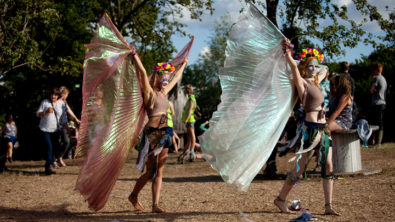 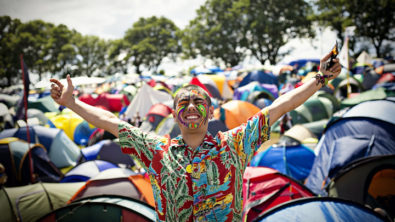 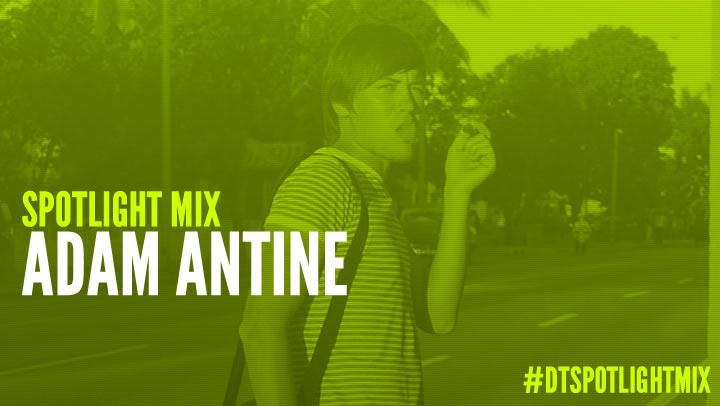