On my return from Boomtown Fair, I can honestly say that it is the most EPIC place I have ever been.

Boomtown Fair is not just a festival, but a gathering of like-minded individuals joined in unity to express, not only their love of music, but a passion for thinking outside the box and overriding any social norms in a brilliant expression of creativity.

The festival is split into 9 different towns or ‘districts’. Each one harvesting an array of mesmerizing décor and zany characters. Downtown hosts places like ‘Distrkt 5’ where robotic sex shows and industrial music are the norm, stages such as ‘The Scrapyard’ play everything from hardcore, frenchcore, gabber and terrorcore. Whereas ‘Barrio Loco’ hosted a lot more live artists. Uptown saw districts such as ‘Wild West’ with makeshift saloons and cowboys walking about everywhere. ‘Mayfair’ is the classier area which hosts a beautiful sky-bar, the perfect place to watch the sunset, as well as brilliant bands all weekend playing everything from electro swing to live jazz. ‘The Old Mine’ stage in the ‘Old Town’ district had a lot of country and folk bands, whereas the ‘Whistlers Green’ healing area was a lot more chilled out and offered loads of workshops and personal crafts as well as a healing fire and the windmill stage that hosted more live music. One of the best places that I went though was the 3 forests that they had, each one a bit bigger and wackier than the next. Over the weekend there were masses amounts of techno and psytrance played and the atmosphere in those wood was magical to say the least.

And since this festival is of such massive proportions, I feel the only way I can start to try and explain the grand scale of activities throughout the weekend would be to highlight the best things I got the privilege of experiencing. However, the festival is that big that there is far too much to see and do in one weekend, I bet you would need a month camping in that place before you could fully appreciate the effort that has gone into creating this astounding wonderland of fun. There really is something for everyone and even if you’re going specifically to see your favourite artists, I guarantee you will leave having discovered and danced to genres you never even knew existed.

Arriving at the festival around mid-day Thursday, the first thing that struck me was the sheer size and the amount of stages. A colourful array of decorations had been placed everywhere, and everywhere I turned I was entranced by the most random attractions, each one a little bit crazier than the next. It was literally a feast for the imagination. Although the finishing touches were being put on the main stages and saved for the Friday night opening performances, a lot of the street venues and some of the smaller stages were open. I chose to go and see Australian-born saxophonist Mr.Woodnote who treated us to a mood lifting set alternating between playing sax and oboe, while Lil Rhys MC’d.

On Friday night, I ventured to the Lion’s Den, which was the place to be if you like reggae, ska, dub, ragga or jungle. The stage is a huge Aztec-style temple complete with water features. The amazing sound system was the perfect place to host dub beats, and Congo Natty smashed it playing all there jump up classics. An array of junglists descended onto the Aztec themed field for a proper knee’s up.

Later in the night was a set I had been really looking forward to, Audio playing at the brand new Sector 6 stage. I had already been to watch the opening of the Sector 6 stage earlier in the day, as Deadbeat UK DJ’d epic bassline and 4×4 garage along with Forca MC.

This set was honestly spectacular and to see that many ravers all skanking to a bit of old skool garage was just incredible. Sector 6 is a huge industrial style stage, that is set further back from the festival. Walking down to it, you can feel the buzz and excitement as the beats slowly creep into your ears.

Audio is Drum and Bass at its finest, as were the following act Calyx & Teebee.

It was a beautiful experience to be able to really let loose and enjoy the phatest beats while immersed in a spectacular light and sound show.

Saturday saw headliners The Levellers followed by Leftfield play in the Town Centre, which is a district set up to resemble a classic town and includes street venues such as the well known Job Centre. However, I was there for the beats, and although I caught a bit of The Levellers on my way back to Sector 6, I was just on a mission to go and lap up some bass.

Ms Dynamite put on a brilliant show full of energy and heavy beats, followed by So Solid Crew performing well-known hits such as ’21 Seconds’. The crowd went absolutely wild at this point as thousands of ravers were all singing and skanking along to the tunes.

The highlight for me on Saturday evening was one of my favourite drum and bass artists, Ivy Lab performing a set with Sam Binga.

This was held in the Chinatown district, where there is a wicked arcade, inspirational graffiti of Chinese dragons, and an assortment of underground clubs and street venues, including Dubtendo which hosted Nicky Blackmarket on the Sunday daytime. The main stage in Chinatown is called Bang-Hai Palace, a spectacular 6 story high stage complete with lights, lasers and fireworks. I can safely say that my few hours skanking to Ivy Lab at Bang-Hai Palace was one of the greatest moments of my life. The beats were absolutely spot on and the heavy DnB was exactly what I came to boomtown to see. The set was an absolute smasher, although due to recently imposed noise restrictions throughout Boomtown, I have to mention that the levels of bass aren’t quite what one comes to a festival to hear. Despite the music being slightly quieter than I would have liked, the atmosphere made up for it and the surroundings left me genuinely awe-struck.

On Sunday, my favourite band to watch was The Parov Stelar Band in the town centre. This live electro swing band always impresses me beyond words and they got the whole crown dancing for the whole hour and a half set. The legend that is Damien Marley also performed that evening in Trenchtown, songs such as ‘Patience’ and ‘As We Enter’ were sung as well and his father’s classics ‘Could you be loved?’ and the fitting ‘Redemption Song’

Sector 6 closing party was one of the highlights of my weekend. Roni Size followed by DJ Hype b2b DJ Hazard and MC GQ the crowd had literally thousands of ravers all ready to skank their hardest and end the weekend with a bang. Revellers were constantly entertained with absolute tunes, and the amazing light show combined with an impressive sound system and an array of pyrotechnics, definitely made for one of the best experiences I have ever seen. Flashes of bright neon lights set the scene to perfectly accompany the dirtiest drops, imaginable. It was definitely a show to remember. One of the most amazing things about Boomtown is there can be so many people in a crowd, yet everyone is so friendly and kind, and people give each other space to dance and enjoy the show without been too cramped up, which is a feeling that you never get when seeing artists that big in clubs.

Overall, Boomtown smashed it beyond any expectations. I don’t quite know what I expected from this festival but it was so incredibly amazing that I could have happily stayed there forever and been completely content with life. I think a mix of the astounding décor, the crazy and beautiful crowd, the complete spectrum of music genres and the ongoing story of Boomtown and the underlying hints to a revolution, made it the best festival I have ever been to. I will definitely be coming back year after year to discover new talents and just immerse myself in the absolute sheer madness of the festival.

Thank you Boomtown, you were astounding! 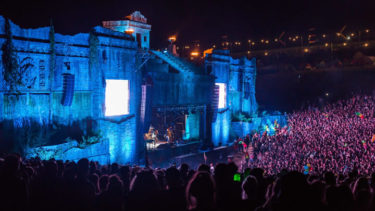 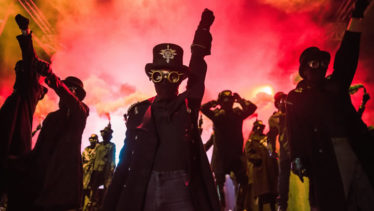 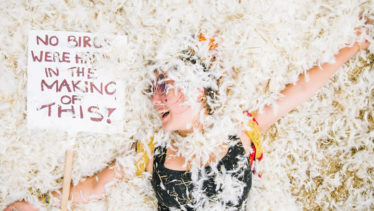 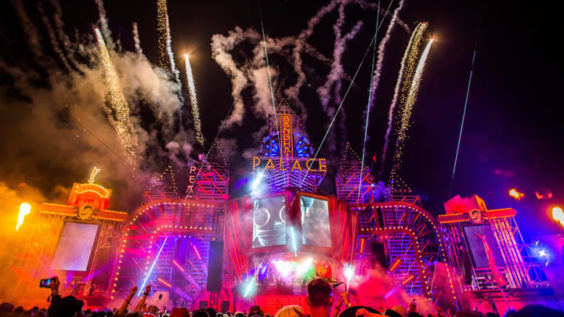 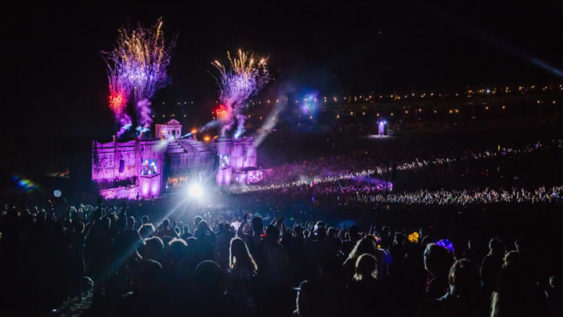 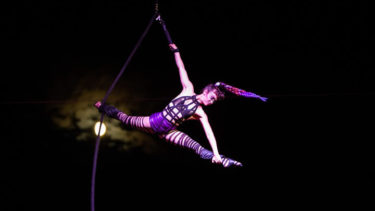 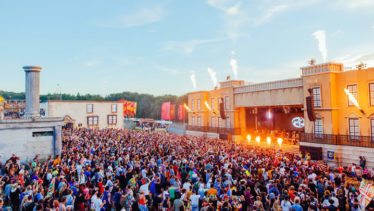 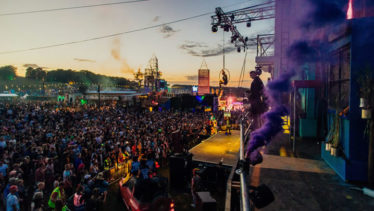 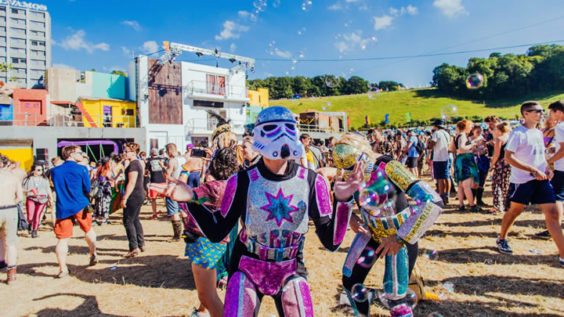 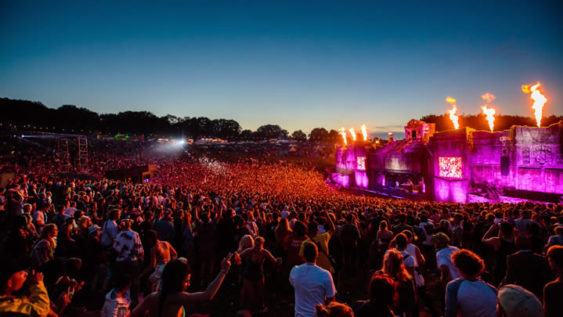 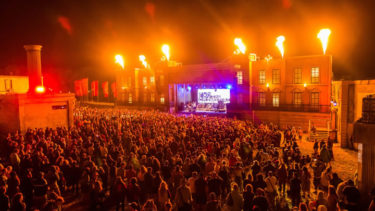 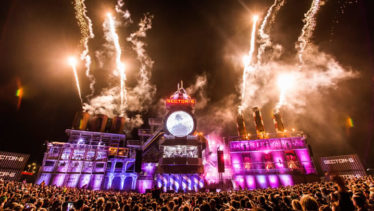 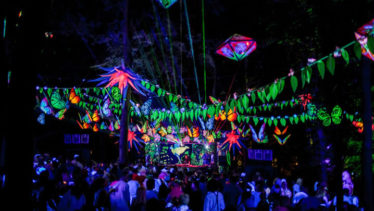 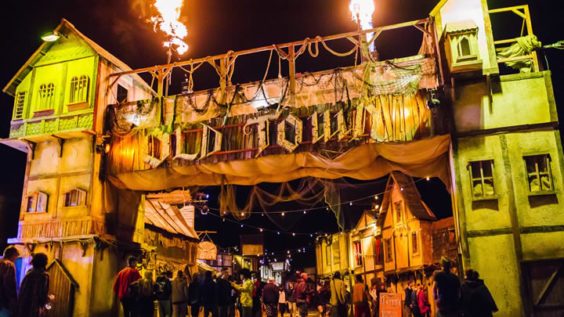 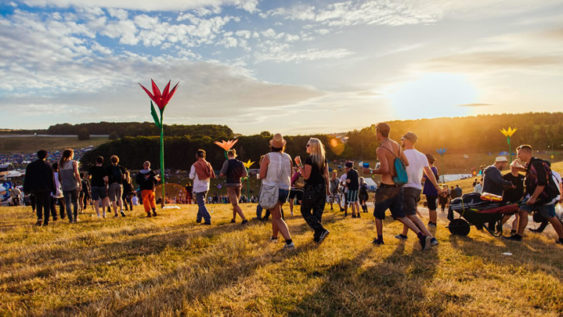 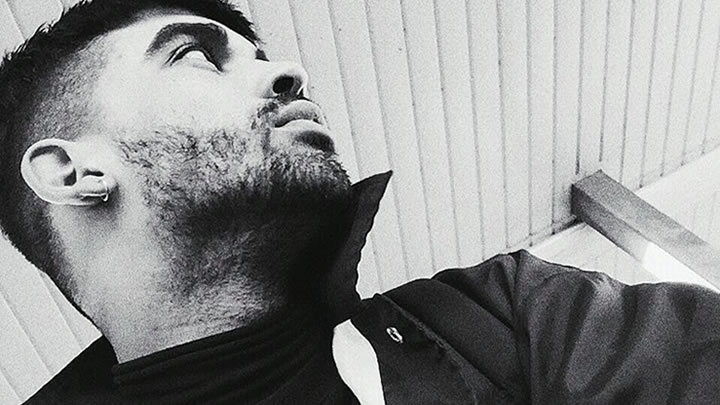