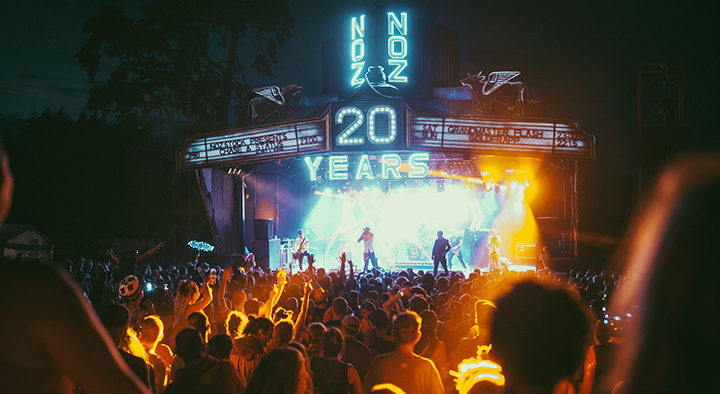 This year; set back amongst the hills of Herefordshire; Nozstock the Hidden Valley has joined a very exclusive club. Having played host to its own 20th birthday party at the weekend; which, may I add, also sold out shows a clear milestone in its extensive history. This year was no exception when it comes to adding to that history, playing host to a tonne of big names, this years lineup featured everything from Chase & Status to Goldfrapp, The Dub Pistols and Grandmaster Flash all the way to Audio and Dillinja.

Arriving on site again it’s easy to see why people keep coming back. You’re greeted by the same familiar faces, its quaint site makes it a lot less daunting than other festivals and the general family vibe is one of sheer excitement to be part of the experience. 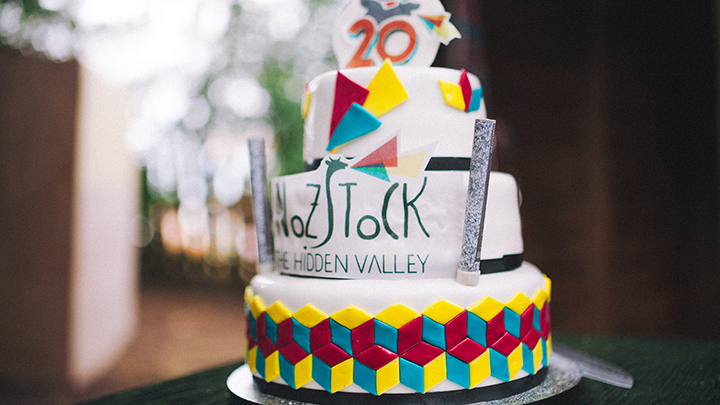 Musical diversity is something which has always been a selling point of Nozstock for me, and this year was no exception. Friday afternoon gave us the chance to see American Indie rock band We Are Scientists, who took some time out of a busy UK Tour to pay the Nozzer’s a visit on the Orchard Stage and show off their new album.

There was plenty more on offer throughout the evening for those not so-indie fans; stepping over to the Garden Stage we were faced with High Focus Records stalwarts Verb T & Pitch 92 keeping the crowd moving with lyrically magnificent flows and some of the finest beats you’ll hear; this was followed by High Focus bossman Fliptrix joining them on stage where we were treated to a number of tunes from The Four Owls, the group which really cemented them at top of the scene. 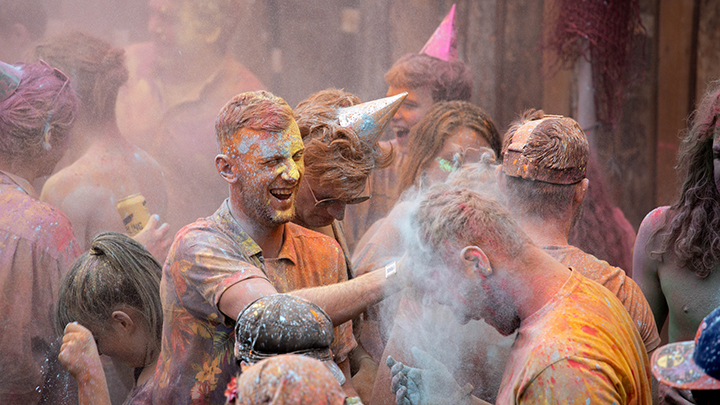 However, for me; Nozstock is always about it’s huge Drum and Bass roster; with Chase and Status hitting up the main stage on Friday we were served a DJ set full of the usual bangers alongside a number of tunes from their 2017 album “Tribe” all topped off with hosting from Rage, a set which proved to be a hit with the crowd, and probably even nearby Bromyard.

Down beside the lake, there was a new stage introduced last year; The Elephants Grave. But this year it was different; whilst playing host a range of dubs and reggae vibes during the day, Friday was all about Data Transmission and our array of exceptional house DJs; with both Wax Worx and our faithful leader Ron Mexico serving up nothing short of a masterclass long into the night.

Chopping them up in usual fashion on the Garden Stage was the one and only Krafty Kuts. After being lucky enough to have seen him perform the previous year, it just wasn’t enough and this time around he was joined by Jurassic 5 founding member Chali 2Na. Watching Krafty is like going to a fancy bar where they fling bottles around, you think you know what’s going on, but the second you stop concentrating something magical has happened in the blink of an eye. We were taken on a wonderful musical journey which kept smiles on faces and the dust in the air with all those dancing feet.

Finding somewhere to spend the depths of the night wasn’t difficult. Moving to a stage which usually houses cows, The Cubicles; provided nothing short of a spectacle.

SPY and GQ were holding down the fort with a drum and bass masterclass providing yet another incredible set of floaty melodies and timeless drums; but only when Valve Recordings boss Dillinja stepped up the plate did we get the real show. Once again the master showed us how it is done with raw basslines and jungle riddims. The rest was but a blur. 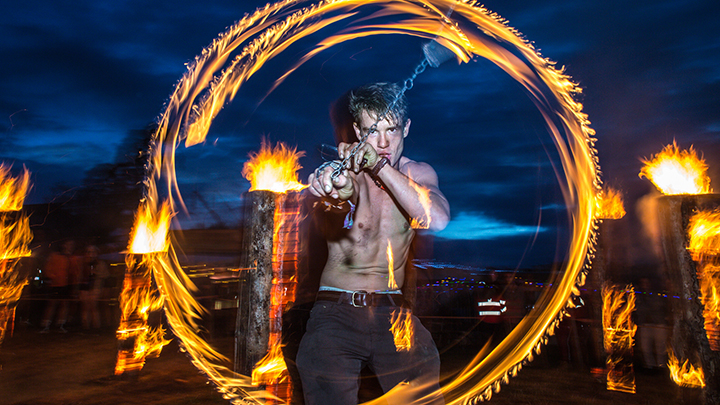 Saturday morning was as you’d expect. Many a long night was smeared across peoples faces as they slowly trudged back towards the arena for yet another amazing day.

Sitting in a newly upgraded stage; The Sunken Yard provided an exceptional experience for the weekend, with features like their garage hour and their infamous paint party drawing people in all weekend; coupled with now being able to play all night these guys have really planted themselves amidst the Nozstock family with kids and adults loving it all weekend.

Our very own resident DnB Selector Malaney Blaze was tearing it up across three decks down in the Cubicles (much to the giddy disbelief of Trafic MC), having clearly made a mark two years ago when he won the DJ competition; and with a bit of help from Trafic they kept the crowd dancing in the sweltering heat with a selection of jungle and jump up.

Taking a step back from the music for a bit we stepped inside the Laughing Stock to see Reginald D Hunter perform was something you don’t normally expect but with Nozstock, the surprises keep coming. 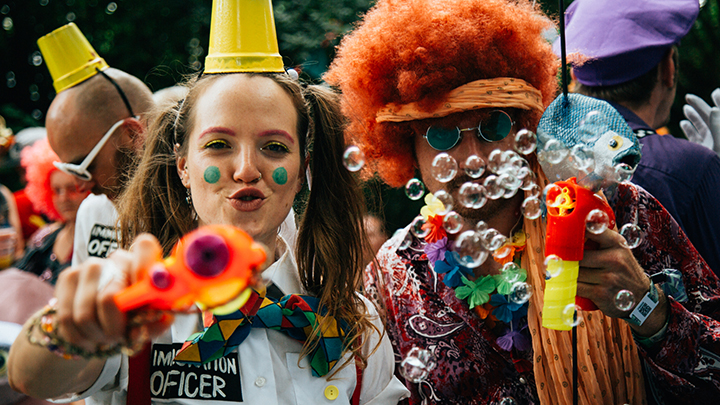 Dub Pistols were killing it on the Orchard Stage, with their party anthem “Mucky Weekend” providing the ironic soundtrack in what was quickly descending into its usual quirky carnage.

The nighttime carnage continued back in the Cubicles where we were showcased the relentless sound of Bladerunner’s new look on traditional jungle beats to be followed by the finest in dark and tech fuelled Drum & Bass courtesy of Black Sun Empire.

Closing down the proceedings for the night was Audio who gave us one of the most aggressively charged sets of heavy drum and bass with its unforgettable neuro flair, something which definitely kept up neighbours and something which fans won’t be forgetting in a hurry. 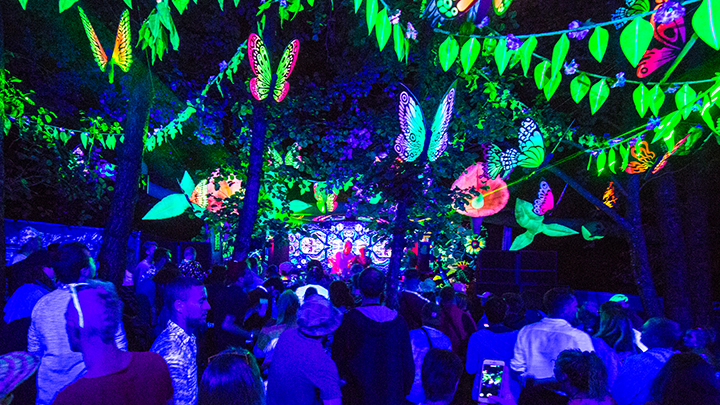 Sunday was definitely a much calmer affair. Spending the majority of the early afternoon with a combination of Afro tunes from The Sunken Yard we moved back to the main stage where internet superstar and reggae legend Macka B was playing a selection of his new music and keeping the crowd entertained with his Medical Monday flows all about fruits and vegetables.

Through a combination of performances from Electric Swing Circus and their impressive six-piece electro swing medley and Oh My God! It’s The Church I don’t think I’ve ever smiled so much in such sheer happiness. With the sun setting behind we were then treated to the infamous fireworks display which always impresses.

As the sunset, the glorious beats of Serial Killaz took over with an amazing set of jungle classics leading into the turntable wizardry of DJ Marky and his infamous upside-down scratching. MC GQ hosted the proceedings again keeping the crowd pumping until that fateful moment when the festival and the experience faded into the final night. 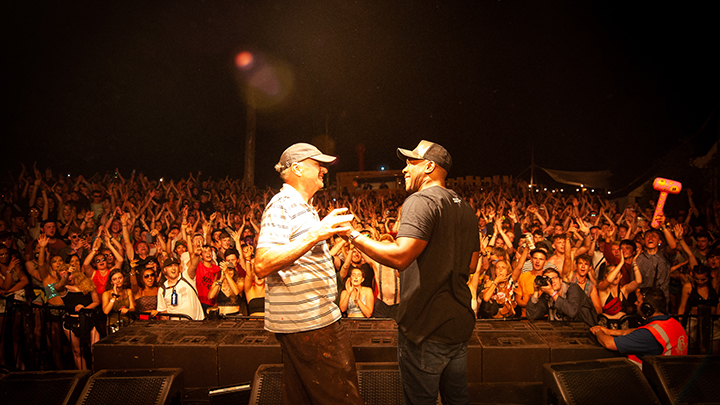 Nozstock is a prime example of not trying to be more than it is; the team have amazed me on every trip and the amazing thing is that despite it still having a humble familiar feel, each year still stands out on its own, and with each year it brings yet another unforgettable experience.

It doesn’t have to be the biggest, it just has to be the best; and that’s exactly what Nozstock is, a top-flight festival you’d be an idiot to miss out on!

See you in Mayhem Meadows!