August in Ibiza has been nothing short of exceptional. At the height of summer and peak of our season out here on the white isle, we had a record number of visitors to the island who came to party and enjoy our amazing roster of events and venues as well as some special one-offs such as Radio 1 Weekend and Creamfields. I have picked my five hot tracks of the month as I paid a visit to some of the most iconic parties on the island…

What a winning combination these two are! Our boy Manu Gonzalez teamed up with Secondcity to offer us this groovy new Tech House number ‘Play It’ which has just dropped on Cr2 Records. Not only has this track been heard on the dancefloor at many of our Tribal Sessions parties at Sankeys and at Manu’s recent debut set for Ants at Ushuaia, but Marco Carola gave it a spin to a packed out Terrace at Amnesia for Music On a couple of weeks back… A real ‘goosebumps’ moment! Watch this space for more from these two guys, including a special one-off B2B set from them this coming Saturday at Tribal Sessions.

I popped in to Abode’s party last Friday and was instantly greeted to the room with the sounds of Lauren Lane. Lauren has been popping up all over the island this season with guest sets at Guy Gerber’s Rumours, an unannounced B2B set with Eats Everything at Elrow and at Sankeys for Abode. Her track selection and mixing were both amazing, so on point… holding the entire room captive for an hour and a half. My favourite part of the night was when she dropped the new Latmun remix of Green Velvet’s ‘Flash’. Instantly recognisable with Latmun’s signature funky bassline riff and the well-known hookline from the original “Cameras ready, prepare to flash!”. Latmun has done a great job of keeping key elements of the original present in his remix whilst giving it a new burst of energy which worked so well at the peak of Lauren’s set. Its not the first time I’ve featured Latmun’s material as one of my top five picks for the month in Data Transmission, and I doubt it’ll be the last at this rate!

Another pleasant moment of the night was when Oliver Dollar delighted the Basement with Skream’s new remix of Euphoria, the original rumbling techno track by Boys Noize. The low thumping kick progressed beautifully into a hooky organ riff and bassline pattern whilst featuring the original “Inhale, exhale… Euphoria” vocal hookline from rapper Remy Banks. A real game-changer for Oliver to kick-start his set which was greeted with hands in the air from the crowd as we hit the peak of the night in the club. A job very well done from the one and only Skream.

Woah! Carl Cox Music Is Revolution at Space last Tuesday was THE BOMB. Not only were we treated to a show-stopping set by Masters At Work on the Terrace, we had LOCODICE and Carl Cox B2B for the last few hours of the night in the main Discoteca and they were on fire together. The music was mind-blowing. Seriously, if you haven’t been down to this party yet, there are only three left! It’d be a crime to miss. The highlight of the night for me was hearing Coxy drop the Slam remix of Richie Hawtin’s ‘Jack Master’ classic – Bang The Box… What a moment!! Goosebumps all around…

Do Not Sleep has been an amazing addition to Sundays at Space and last Sunday was no exception with a B2B from Darius Syrossian and Hector as well as Nathan Barato and Kydus on the Terrace. It was a debut set for Kydus who has been enjoying recent successes such as support from Carl Cox on his recent Circus Release ‘Boomtang’ at Space Ibiza as well as Hot Since 82, Steve Lawler, Eats Everything and Matthias Tanzmann who have been hammering it all over the island. The highlight track of his set for me was when he dropped his brand new collaboration with Camelphat ‘The Journey’. It received an awesome reaction from the crowd which I’m sure will please these guys as it is yet to be released! Watch this space!

Until next month…
Kellie Allen x 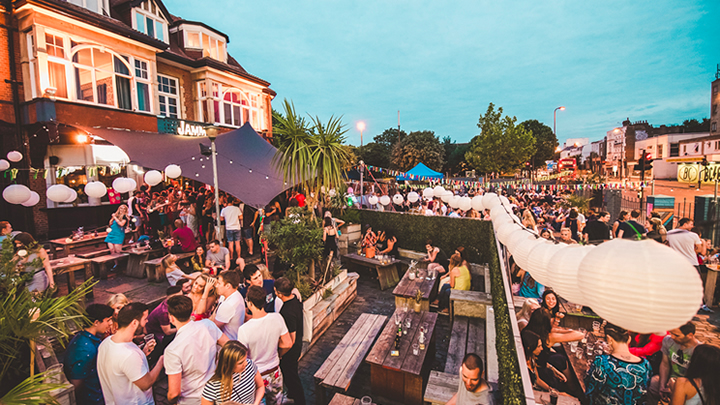