After months of hype, Flying Lotus‘ ‘You’re Dead!’ finally landed in record stores across the world earlier this month. The LA Born producer, composer and rapper has already created a legacy for himself with four studio albums and multiple contributions to the world of film. Not one to blend in, Ellison’s work has blurred the lines between genres, but it is his latest LP that truly pushes the boundaries between conceptual beats, jazz and rock.

The album is made up of nineteen fast paced tracks, averaging in at around two minutes and has been designed to be listened to in one sitting, with no track quite able to stand alone. The album even has its own biography written by Ytasha L. Womack, author of Afrofuturism: The World of Black Sci-fi and Fantasy Culture. She describes ‘You’re Dead!’ as “a shamanic pilgrimage into the psychedelic unknown of the infinite afterlife”. Quite a bold statement, considering we have no concept of what lies beyond.

The idea behind the album grew from a joke between Ellison and Thundercat about the first track shouting ‘You’re Dead!’ killing off the listener from the word go. ‘Theme’ is still a representation of the moment of death, not the end of life itself but the beginning of something else altogether. As such we are initially lulled in to a gentle hum reminiscent of an orchestra tuning at the Royal Albert Hall. As each musician bursts into action we first hear the explosion of jazz/rock fusion that dominates the LP.

As we move into the second track on the album ‘Tesla’, the sound of the snare drum teases us with a fraction of what ex Mars Volta drummer Deantoni Parks offers in the upcoming tracks. Despite each instrument having been written and recorded separately, they seamlessly combine even in their discord. The first two tracks combine with the third track on album ‘Cold Dead’ do indeed lead the listener to feel as though they’ve falling down the rabbit hole with a little white rabbit chasing after us. It’s confusing and it’s fast-paced, somehow it retains the ability to inspire rather than overwhelm. As we slow down into ‘Fkn Dead’ I personally felt as if I we’re beginning to enter a dreamlike state, with the beats beginning to smoothen and the music seeming to accept the experience that has encapsulated it. I remember noting that at this point it almost felt as if the album has developed a consciousness of its own, taken ‘Fkn Dead’ to mean ‘Fuck it, we are dead’.

Bringing Kendrick Lamar in to ‘You’re Dead’ then offers a refreshing break from the high end jazz, allowing those with no experience of Herbie Hancock to relate to the music. Although the high tempos remain the backing vocals bring a sense of tranquillity and nostalgia. The video for this track captures Ellison’s own definition from the autobiography, “The album isn’t about the end,” says Flying Lotus. “It’s really the beginning. It’s the beginning of a new experience.” A family gather at a funeral for two kids, and rather than focusing on their loss, the video follows the boy and girl as they dance and run around before disappearing off in a hearse, the rest of the family none the wiser.

It is the next track that then really lets the album down, after having thus far successfully created something both thought provoking and entertaining, ‘Dead’s Man Tetris’ sticks out like a sore thumb. In an interview with Noisey earlier this month Ellison spoke highly of Snoop Dogg, referring to him as the “gatekeeper” to his involvement in music. Whilst Snoop may have been inspirational at one point, these days he comes across as washed up and is in danger of being seen as an embarrassing father figure by the iPhone generation. Having fought to distance the literality of death, instead creating a metaphysical representation of it, this track brings us straight back to earth removing us from our own thoughts and interpretations. The screams of pain, sounds of gunshots and Snoop Dogg’s rhymes about a ‘family crying’ really let the middle part of the album down.

Following a brief yet energizing interval comes ‘Coronius, The Terminator’. This is the first point in the album that successfully comes close to a more literate representation of mortality, and the closest it gets to mournful. Even so it creates a more nostalgic feel than outright misery, offering comfort for those of us not fortunate enough to have passed on. With its ethereal, angelic backing singers this track reminded me of finding an item of clothing that belonged to a lost loved one and it still smelling of them. ‘Come with me’, ‘I’d like to save you’, the track presents religious connotations, whilst remaining welcoming; what Ellison presenting us is a reminder that the other side is never that far.

The rest of the album takes us on a journey through exotic playgrounds and tribal rhythms; and apart from the eerie ‘Descent into Madness’, shows a generally positive, if not heavily psychedelic, experience of the afterlife. As the last track on the album approaches the beats morph into a trudging pendulum sound, as though time is passing, which overbears the rest of the music. As if growing old after dying, time passes and the world will always move on.

Finishing the album is ‘The Protest’ which comes like a light at the end of the tunnel. Voices call out ‘we will live on forever, and ever’ above the melodic piano riffs. This track truly embodies the album, with its positive attitudes to death and the possibilities of what lies beyond. The driving hip hop beat, so familiar to Flying Lotus fans, moves the album to its close as bird songs resonate. It’s as though the clouds have cleared, and anything confusion or moments of panic from earlier in the LP have disappeared. 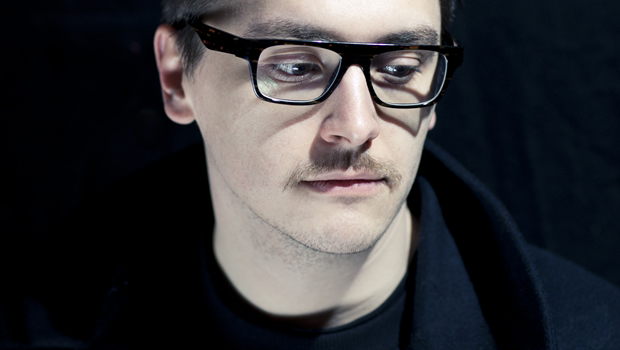