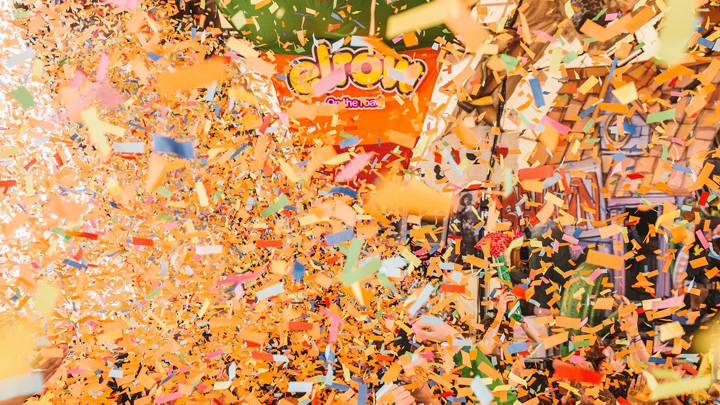 Although it takes place over two days, there’s still an awful lot to get through at Parklife Festival – which sold-out again this year. Offering one of its most eclectic line-ups to date, virtually every music genre is counted for: from grime and hip-hop to house and techno, drum and bass and garage to disco and R&B. Throw in a smattering of indie, a handful of electronic experimentalists and a healthy dose of pop, and the variety of artists the long-standing Manchester weekender pulls in is mightily impressive…

After waiting for what seems like forever amongst a sea of eager festival-goers waiting patiently to get on the shuttle bus, Data Transmission is eventually ushered through as the security man jokes “have a good time, don’t get too wavy!” When we arrive at Heaton Park, and after an impressively thorough security search, we make our way into the site.

The only downside about the weekend is, predictably, the British weather – which turns Heaton Park into a slip and slide mudbath: some of the 80,000 welly-wearing raincoat-protected festival-goers embrace the Glastonbury-like challenge by rolling around in it. After accepting the fact that the weather really isn’t going to improve, we take some time to explore the site and its multiple new stages.

Palm House, a giant greenhouse-like space with numerous disco balls hanging and shining from above, becomes an undercover house and techno haven: hosting fast-rising producers like Moxie, Hammer, Jasper James, an impressive live set of cosmic funk from Fatima Yamaha, as well as Glasgow’s Denis Sulta – the latter who fills the sardine-packed space right from the start of his high-energy DJ set.

The warm, constantly packed hotspot also welcomes household names Jackmaster and Bicep and, once again – having seen her at least 10 times now – our favourite performer, The Black Madonna. Throughout Marea Stamper’s entire set, which veers effortlessly between house and heavy techno to gospel and funk, there isn’t a dull moment. The energy remains ridiculously high as Chicago’s finest mixes and dances around behind the decks like she’s having the time of her life.

Surrounded by palm trees on stage and with a thousand or more smilingly faces and dancing bodies before her, there’s something infectious and inescapable about her endless energy. When she plays the Terrace Mix of Milk & Sugar’s gospel-flavoured ‘Let The Sun Shine In’ as the sun does exactly that, showing its face for the first time on Saturday, there is no better feeling. It’s almost a spiritual experience, as a sea of hands rise up all singing Lizzy Pattinson’s lyrics in choral fashion. Somehow, Marea then follows up with an equally impressive future summer anthem, Purple Disco Machine’s as-yet-unreleased ‘Body Work’…

The most visually impressive stage, though, comes (unsurprisingly) from Elrow. Bringing their typically crazy Far West theme to life in Manchester, the music is a tech-house marathon provided by party regulars Jacky, De La Swing and Solardo whilst the design is just as pleasing. A giant chicken covers one side of the stage whilst an inflatable, moving snake hisses from the other; in-between that there’s at least a dozen performers on stilts: bandits fighting over treasure and a dancing cactus waving a gun. It’s the craziest thing and it’s not even 3pm.

The standout performance, though, comes from Newcastle’s most exciting producer right now, Elliot Adamson. The producer, who has already released on Eats Everything’s Edible Records and counts Patrick Topping as one of his biggest fans, fills the Elrow space ahead of his 1.30pm opening set on Sunday. Unleashing a set of largely unreleased vocal-led tech house underneath a canopy of colours, an inflatable snake that bops its head to bite people and as the confetti cannon blasts overhead, it’s complete madness… there’s still no feeling as good as being at an Elrow party, especially when the confetti cannon goes off.

Indicative of its timely crossover into the mainstream, the Temple stage – made up of dozens of rust-covered, industrial-looking crates stacked high – hosts a dozen of the biggest names in UK grime including Stefflon Don, J Hus, AJ Tracey and headliners Boy Better Know. It’s a graduation of sorts, seeing the genre move out of tents in previous years and into the open air, with a crowd which remains full and covering most of the hill.

Nadia Rose’s energetic birthday performance is an albeit brief highlight: sporting a green camouflage tracksuit and hoop earrings, she powers through a verse on Coco’s ‘Big N Serious’ and her own bangers ‘Skwod’ and ‘Tight Up’. Flanked by eight dancers, it’s 20 minutes of pure energy.

Contrastingly, on Sunday, it’s a reggae/jungle and drum & bass vibe, hosted by David Rodigan’s RAM Jam and with Detroit rapper Danny Brown thrown in to mix things up with his forward-facing wide-eyed hip-hop right after Goldie and before Wiley. Quite the sandwich.

Offering some of the most eclectic and diverse artists in the world of electronic music and hip-hop, the Sounds of the Near Future tent does what it’s name suggests. Little Dragon’s weird and funky sugar rush synths turn the tent into a wild and unexpected rave; London Grammar’s melancholic ballads pull on the heartstrings as Hannah Reid’s astonishingly powerful vocal echoes around the tent; London rapper Loyle Carner fills the tent effortlessly with his heartfelt poetic hip-hop; Sampha’s stripped-back vocal shines on the heart-wrenching ‘(No One Knows Me) Like The Piano’; Mura Masa attracts the biggest audience of the day drawing from his upcoming forward-thinking debut album; and Flying Lotus performs his dizzying, trappy instrumentals in-front of a dazzling, trippy 3D visual show.

The VIP area this year offers a lot more for ticket-buyers’, too. Based on the theme of ‘Planet VIP Presents Return to New York’, it’s basically a boutique festival within the main festival. Designed with the bright purple, pink and orange colours of 1980s Downtown New York in mind, the neon-lit area offers an old school arcade games are, 1980s cinema, nice toilets, street food village, cocktail bar, hip-hop love art and even A Two Door Cinema Club.

Another new feature for 2017, The Hangar, is as visually stunning as the soundsystem it holds inside, waiting to be obliterated by everyone from Monki to Mele, Hannah Wants to Eric Prydz and the legendary Fatboy Slim who leads the Manchester crowd into a touching Oasis sing-along – which has become a sort of anthem for Manchester following the terror attacks last month.

It’s not the only tribute to the atrocities at Manchester Arena, either. Before The 1975‘s politically-charged headline performance on the main stage (“Theresa May needs to resign, she needs to stop squatting in Number 10 making a coalition that sounds like a sexually transmitted disease,” frontman Matty Healy says), videos are shown of all the artists sharing their love for the city before Parklife’s organisers come onstage with all of the emergency services staff who prevented further casualties on the night.

“The fact that you’re here tonight shows that we’re not going to be beaten,” says the Mayor of Manchester Andy Burnham passionately. “Always choose love over hate.” After his moving speech, Matty joins the stage to lead not a moment of silence, but fittingly, a moment of noise. “Let’s go absolutely fucking mental,” he enthuses, igniting the perfect tribute whilst demonstrating the power of music. 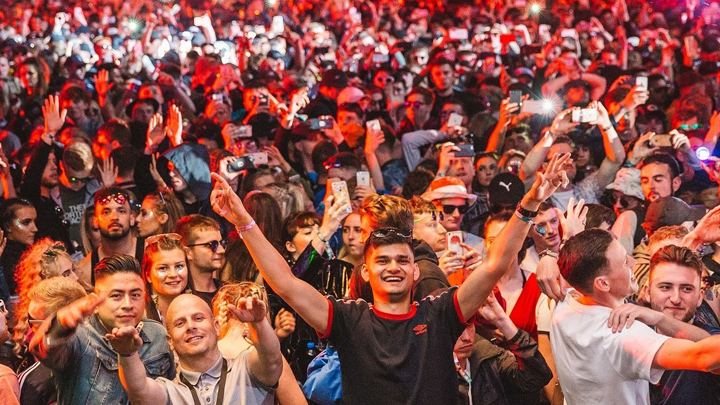 Tags:
Previous Article
Krafted and Pulp present The Launch of ‘UNITE’
Next Article
Premiere: APEXAPE – Give Me Something 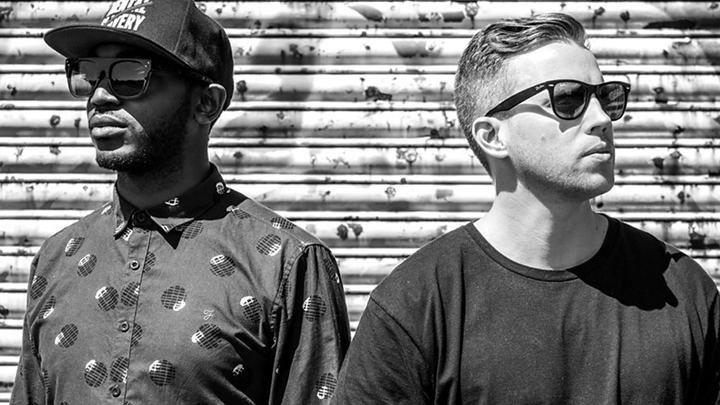 Premiere: APEXAPE – Give Me Something
Grahame Farmer June 16, 2017