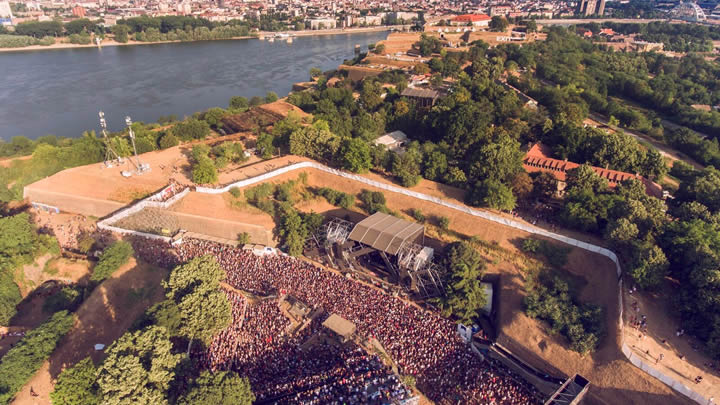 This year’s Exit Festival took place last weekend from 5th – 9th July in the truly stunning Petrovaradin Fortress set high on the banks of the river Danube in Novi Sad which is only a short hop from the Serbian capital Belgrade or a 3 hour car drive from where landed in Romania (note to self, when choosing flights next year make sure we choose Heathrow to Belgrade again, it’s much easier.)

For those that haven’t been to Exit before, you are truly missing out – the festival bolsters 20 stages of music across all musical genres, there is even a theatre for a pre-game chill before the evenings’ activities. Each day it gets running from 8pm to 8am, giving you ample time to recover the following day for the next evening – also check out the wonders that are Serbia, with so many festivals in neighbouring Croatia – it’s turned into one of those places that your summer calendar must include, well we say – drop that next year, get Exit & Serbia on the map instead. The food is cheaper, the flights are cheaper, the hotels are cheaper, for those that smoke (tut tut) but its less than £2 a pack and two big beers set you back less than £2. So once you’ve slept off the previous night’s fun, head down to the beach on the Danube for some day time fun and a BIG soundsystem – the weather each time we’ve been has been glorious – this year it topped off at 36 degrees!

Due to some flight delays we missed Day 1 (thanks for that Ryanair) so we were excited to get stuck in, on Day 2 – we’ve picked five of the best sets from the rest of the weekend. We mainly focused on the Main Stage, mts Dance Arena & NoSleepNoviSad Stage, but we throughly enjoyed music at the World Stage, Reggie Stage, Urban Bug Stage and the Beats & Bass Stage. 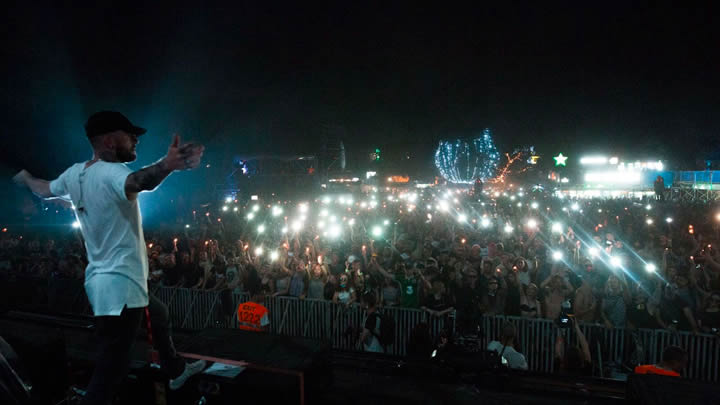 Our weekend starts here – standing on the back of the stage with Bad Company as they go through their pre-match game tactics, with record numbers attending this years festival over 52,000 people, the main stage was packed out in front of us. They launched in to a high octane set of drum & bass including Pendulum’s remix of ‘Voodoo People’ by The Prodigy & Prototypes ‘Electric’ and of course their recent release ‘Equilibrium’.  The set was full of bounce and the MC was one of the best we’ve seen in a while, completely in control of the situation.  For one of the first sets we’d seen at the festival in full, we left the stage with a massive smile on our face.

We venture over to the NoSleepNoviSad Stage to watch Charlotte, on arrival the stage is packed, its shoulder to shoulder in this section of Fortress moat, so we do that all familiar shuffle to the front (you know the one where you try not to bump in to anyone and end up walking about 3 mile further than you actually need to as you weave in-and-out of people)  We are finally there and she’s just began – there is no time for flouncing around with intro tracks or lighter notes to begin with for Charlotte – she’s straight down to it with some hard as nails techno (we love this!).

For the next two hours we are treated some of the best techno including track such as Perc feat Gazelle Twin ‘Look What Your Love Has Done To Me’ a swirling vortex of noise and simple vocal, finished for us and impeccable selection of records that had great pace, structure and flow and keep the crowd wanting more. 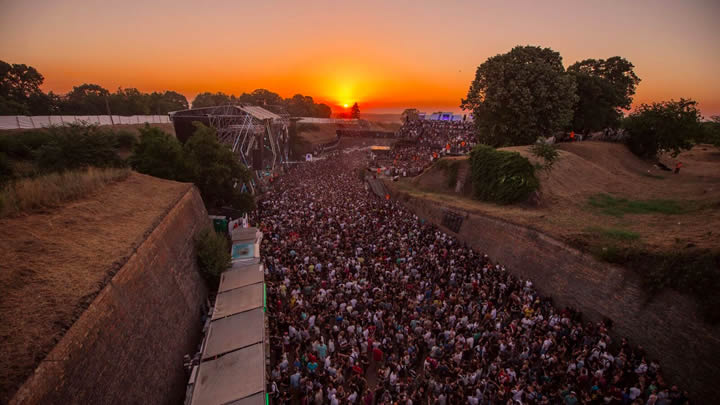 Straight after Charlotte de Witte, we high-tailed it back to the mts Dance Arena, this a slightly easy procedure than the way over as the end of Charlotte’s set had cleared some of the crowds, but back through the crowd, this time up the gigantic stairway (they should provide oxygen tanks at the bottom & and a bar at the top – that’s one steep set of stair – phew! ) back through mega tunnel so we are once again behind the Dance Arena and we join the middle of the b2b of two the best; Dixon playing with long time friend and Diynamic label boss, Solomun, for an extended set.

They did not disappoint! With two hours of glorious chuggy house music as they ushered in the sunrise across the stage.  Highlights included Skream’s remix of Leftfield, &ME’s ‘Avalon’ and the Armonica 2017 lick of a very old favourite the Par-t-one’s ‘I’m So Crazy’, we aren’t sure about this remix – the loss of the original kick is something to be sad about. 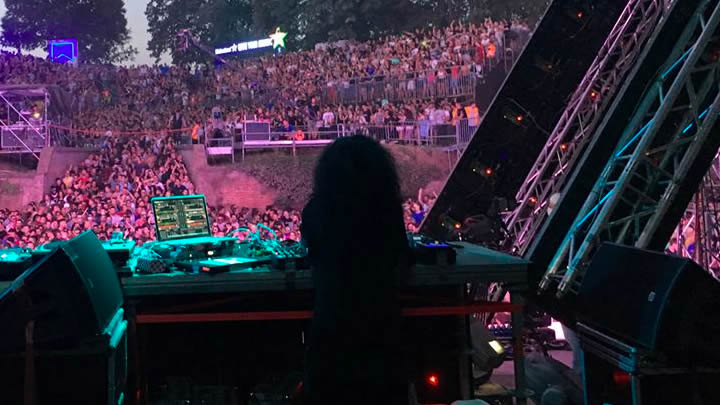 We arrive at the stage slightly before her set and manage to catch a few words, she mentioned she had been touring around Eastern Europe and this was the final stage of it, we told her she would be getting the sun light across the stage mid-way through her set, which was instantly met with a huge smile. The stage was absolutely heaving now and really close to capacity, all the way up the hill you could see people – down to the sides of the stage as far as you could see round was people.

Nicole delivered a dark and moody opening first hour of the two hour set, whilst the second ramped things up with great effect including tracks from Fjaak, Paul Ritch, Jonas Kopp, Clouds, O [phase] and once again Perc feat Gazelle Twin ‘Look What Your Love Has Done To Me’ highlighted for us, what a record!

The end of her set brought things down to simpler affair as we waited for the arrival and closing set from Nina Kraviz. 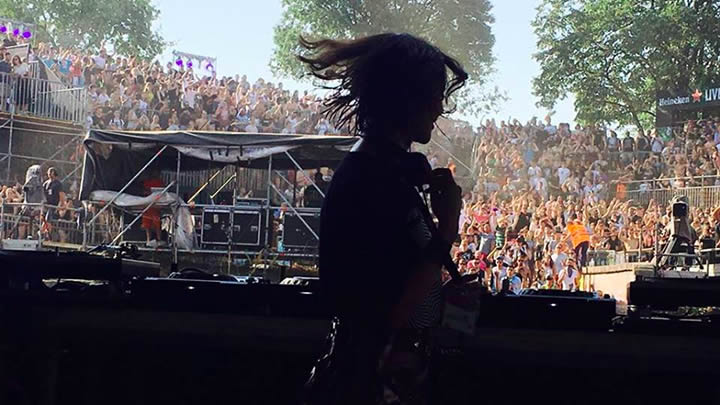 The closing of Exit Festival, welcomes the arrival of Nina Kraviz and 20,000 + people pack in to the Dance Arena, the sun has risen over the stage.  There is a slight intermission between the end of Nicole and the start of Nina’s set, by now the crowd are beginning to chant her name at Exit Festival – those chants don’t just sit in one place they roar up the hill in front of you, like a football crowd would do – due to size and shape of the area.  The Siberian tastemaker is known for her musically uncompromising and energetic DJ sets where she plays music most others wouldn’t dare. Last year, her closing set which you can watch below, got the whole planet talking and now we were ready for round 2.

The set begins, the crowd roars.  We are treated to a two hour explosion of fast paced techno & acid including tracks from Randy Katana, Tribal Warriors, Nina Kraviz, Exos, Radial and more. It’s a glorious thing watching 20k plus ravers infront of you simultaneously punching the sky as the beats get harder & harder, with smiles as wide as the eye can see.  The Dance Arena for us in full flow is one of the best dance stages in the world, as the sun rises over it changes the atmosphere – giving it a magical summer glow, the joy of seeing all the way up to the top of hill in-front you from the DJ booth is a rush and must spur any DJ to produce better.

Nina signals to the crowd that she is out of time, makes a gesture to remove her headphones and walks to the front of the stage to take a bow, the crowd are screaming for more, another giant roar ripples up the stage.   She rests for a few seconds before returning for another 20 minutes, as she slams in her first track – punches the sky and we are off again!  We decide at this point our flight is coming nearer and nearer and its time to make our Exit from Exit Festival before the masses – giant smiles at what we’d just witness and throughly hungry for next year to return. 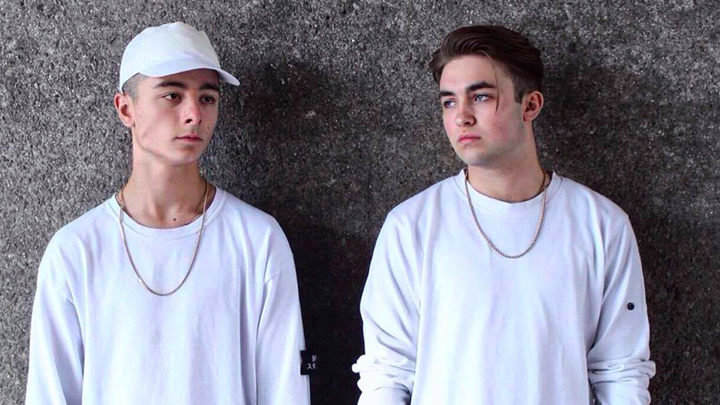