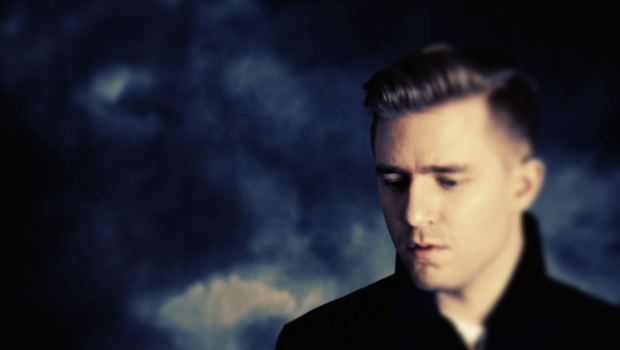 As his new single ‘Endorphins’ hits the top ten, Sub Focus’s underground roots (like many of our homegrown stars) have been shifted in to the mainstream. Like it or loathe  it, it seems that he is striking a chord with commercial audiences with his new sound. So with the sound of success ringing in his ears we caught up with him ahead of his live performance at the London leg of the Electric Daisy Carnival to find out how he is getting on in America, the rise of the UK dance scene and if he would ever compromise his integrity for a remix payout.

Your single ‘Endorphins’ is out this week, how’s it going?

I am really happy with the response to the single so far. I’m surprised how well its been doing in the charts. It’s pretty mind blowing as I didn’t expect that. It’s slightly different from some of the stuff I have put out before, so it’s nice to see people embrace it.

Is there a reason that you chose this sound?

Since my first album in 2009 I wanted to show people I could do more than just Drum & Bass. I had already written other music, in different styles. My goal is to be known as someone who writes lots of electronic music to a high standard. Whether it be Drum & Bass, Dubstep or House music. I really like making all of it. I want people to embrace that as well and it seems to be working, I feel that the people who listen to music are more open minded. They listen to loads of different styles of music because of the Internet now and their listening habits are more open-minded.

The single reflects what’s going on in the American market at the moment. Did you have that intention when you made the track?

No, I would never be that calculated when I’m writing stuff. I wouldn’t sit down and say, “Right I’m going to write something for America”. Probably to some degree, I get influenced by what I see happening in clubs. I have been going to America quite a lot. I just played Ultra Festival recently in Miami. I guess you do pick up bits and pieces of influence from all kinds of places and America is somewhere I have been going quite a lot recently.

You played Swedish House Mafia’s Masqueraded Motel recently, how was it?

It’s been really nice going out to America the last few years because dance music has just exploded out there. Back when I started putting out music, I did a couple of tours with people like Chase & Status, when we were releasing underground music. We were playing tiny venues and now It’s gone from that, to massive arenas. It’s been really cool to see how it’s got so big out there.

It tends to feel a lot brasher and louder, the sort of style the American market embraces. It is a lot more underground. Minimalistic, stripped back styles are slightly more popular in the UK. Deep House has been hugely popular over here recently. I think that’s something that translates less in America, perhaps to do with the venues, as it’s not really suited to a stadium or a huge festival. You get this thing in the UK that’s slightly lower key with more minimal dance music. There is more of a club-scene here, so that kind of music works well in a smaller clubs.

How is it to see the people around you, like Nero and Chase & Status experiencing the success you are experiencing?

It’s exciting. I remember playing with Chase & Status in Plymouth six years ago, there were 20 people when we got there. We have always toured together quite a lot. We had a studio together in Waterloo with Chase & Status, Nero, Shy FX and Breakage & Casper as well. It helped that community vibe. I have always worked on music on my own. So it’s nice, surrounding myself with people whose opinions I trust.

What do you think has been the key to your success?

To some degree it’s being competitive. You’ll hear their newest tune and that will inspire you to write something that you think is better.

With ‘Endorphins’ you have had remixes with the likes of Dismantle and Tommy Trash. How important is it that you pick the right people to remix your track?

It’s super important. I hate massive amounts of remixes, so I limit it. All the remixes that I get done of my stuff, I pick every person. Quite often I try & get involved a little bit and give the artist some direction of what I want. In the case of the remix I did recently with Fred V & Grafix of ‘Endorphins’ that came about through me asking them to remix it. When I heard their version, I wanted to change some things. I suggested that we do a collaboration and they were really up for it. I hate it when you have ten house remixes of one song so I get really involved in that part. They all have to be different.

If you are doing a remix for someone, where does it all begin for you?

It depends tune to tune. Sometimes I hear a song and approach them to remix it. I did a remix a few years back for Empire Of The Sun where I really loved the song and it turned out they were up for having a remix done. Most of the time you are approached by the artist who wrote the original track, I get a lot of offers but I only take the ones of a song I really love.

Have you ever compromised that because of the money you have been offered?

No I haven’t. I find it very hard to work on things if I’m not in to it. I guess everyone’s got their price but I haven’t really thought about that. I have done a little bit of pop production and I did a track for Example a few years ago called ‘Kickstarts’, which was his big single. I find it very hard to get really involved in a lot of pop because I have to like the music to make it. I would definitely do more ghost writing for other people in the future but I would only do it if I’m into the track itself. It’s mad if you look at it, how many dance acts are actually producing a lot of big singers material.

What festival are you most looking forward to this summer?

I think it has to be Glastonbury. It’s my favourite festival. I’m just re-doing my live show for this summer so I’m super excited to get it moving.

How much preparation goes into your live shows?

A hell of a lot! I get really involved with what the graphics and work with the company who design it. It’s a very important part of how the show looks. People don’t realise how much effort goes into it. We’re doing three days of production rehearsals next week and there are mad amounts of technology I’m using on stage that’s very unstable and needs to be programmed in the right way.

What can we expect from your live show?

I have been hugely inspired by Chemical Brothers & Daft Punk’s live shows. It’s a musical journey with all of my songs, remixing them, and changing them on the fly as you hear them. Playing synthesizers over the top of them and changing the beats on certain tracks. I have got a massive light show with my disc logo that goes with it. It’s hard to explain so you will have to come and check it out but I’m really excited to do it this summer.

Talking of Daft Punk, have you heard the album?

Yes, I really like it actually. I noticed a real marmite reaction online. I think it’s how I expected it to be as I have been anticipating it from them for quite a while. I have been checking out all the collaborators series so I knew what to expect but I can see people who wanted the typical bangers from them being slightly disappointed. I thought it was amazing. From a producer stand point it’s just so inventive, the tempo changes and the way some of the songs are made technically is amazing. I found it really inspiring.

Can you offer any words of advice for anybody who aspires to be in your position musically?

If it’s something you love, pursue it and it will happen!

You can catch Sub Focus live in London for the UK leg of the Electric Daisy Carnival on July 20th. For more information and tickets click here