Now call us crazy – many do – but we’re a sucker for a bit of adventure, be it what we’re having for dinner tonight, where we’re next planning to fly out to or what music we want to listen to, we love a bit of the unexpected. Thus, we’re big fans of genre hopping sample don DJ Yoda. A firm favourite here in the DT office, the multitalented turntablist never fails to impress with his cartoonish musical stylings.  Diligently working away for over three decades, Yoda may not always be the biggest name on the bill, but you can be damn sure he’ll be the most fun.

With this in mind – and the super exciting London launch of his new video game inspired live show just around the corner – we’ve been wondering what were the computer games that Yoda wiled away the hours to growing up?  What nostalgic beats can we expect cut and pasted into his set at the IMAX?  Well, nobody can answer those questions better than the man himself, so without further ado, we’ll let the Jedi master take it from here…

If you were to ask me what game I’ve spent the most time playing, it’s probably this. Three years of university life was essentially practicing scratching records and playing this game. We used to wake up, fire up the SNES and just race until it was time to get dressed and go out in the evening – simple times!

It was cool that DRAM sampled this recently for ‘Cha-Cha’. I don’t think anyone who has played Mascar can hear “I’m-a Wario, I’m-a gonna win!” and not break a nostalgic smile.

I had a Commodore 64 as a kid, then an Atari ST and this is one of the games that had a huge impact on me, especially in regards to connecting video games with music. Bomb The Bass’ track ‘Megablast’ was famously included in this game – albeit a weird kind of 8-bit digitization of it – and it was the first time I’d heard a ‘proper’ song in a game. The fact that it had samples, scratching and a breakbeat was mind-blowing at the time! Oh and the game wasn’t bad too. It was really addictive; take a look on YouTube if you’re too young to remember it.

This is another classic game that came out when I was growing up and seems to have influenced a lot of people from my era. It’s been sampled countless times by musicians from variety of genres – one of Dizzee Rascal’s first tracks was all based around Chun Li and the intro that had all the countries being mentioned, “China…India…Spain…Japan”  became a big thing within DJ battling for a while. I remember it getting rinsed at the DMC DJ battles! In the actual game I was always Ryu and I was very annoying to play against. I just had this technique that would guaranteed murder any challenger or at the very least frustrate them into giving up.  Looking back it was actually really boring and must have been reall annoying to play against! Apologies to all of the victims of my hurricane kick. Hadouken!

I did play on arcades as a kid – I remember Operation Wolf, Tekken and even Daley Thompson’s Track and Field Game! But OutRun was always a personal favourite (The other similar one which we always used to play was Chase HQ.) As ever, the music played a huge part in that for me – I was just listening to the soundtrack from that game this morning! It still holds up as a really good piece of music. But the sun, sand and sea, the sports car, the blonde girlfriend – OutRun was aspirational stuff when you were an 11-year-old!

I’m much more of a fan of very simple and addictive games than anything complex or immersive. I think that’s possibly just because of the amount of time I can dedicate to games, which is very, very small these days. So I’m actually more likely  to be playing something like Subway Surfers on the iPhone  – or Snake on a Nokia back in the day! Shout out to the 3310! – than Assassin’s Creed or Skyrim. I remember having the original Game Boy and Tetris just being the most addictive thing ever. I can’t even count the number of different versions I must have played on it now. Then of course there is the music and the remixes that they’ve inspired! I have used bits of computer games in previous AV shows and Tetris always absolutely smashes it. It’s going to be cool to get to focus on the gaming culture and history specifically in this new show.

Get tickets for The world premiere of DJ Yoda’s latest journey into popular culture: DJ Yoda Goes To The Arcades: A History of Gaming  here 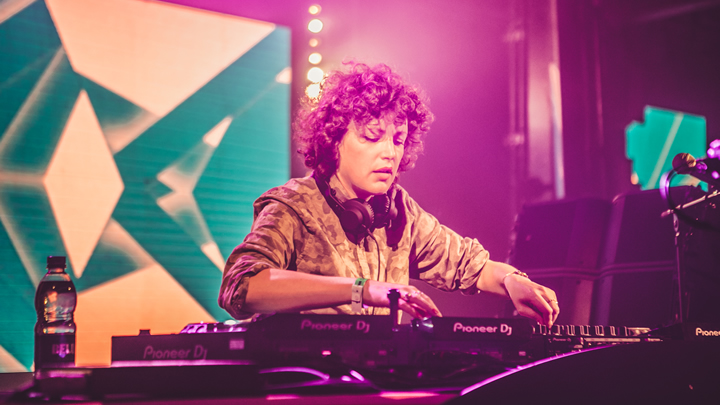