When Annie Mac says it’s an ‘All Day Rave’, she’s not joking. Going for it right from the start, Eats Everything – “the ultimate party-starter” as she credits him – plays just after lunchtime; though you certainly wouldn’t know it was so early.

Unleashing 3am techno in the lengthy concrete-walled Car Park, blinding strobe lights flash along the industrial metal pipes as Eats smashes out his monstrous edit of Green Velvet’s ‘Flash’.

It’s not the last time we hear the absolute smasher, either, as Basement Jaxx later use it: the thumping techno production and Velvet’s hallucinatory vocal sending everyone into hysteria. It’s ridiculously good, ensuring the energy is high straight away.

We shouldn’t be surprised by the energy levels and consistently good vibes, though, because Annie and her team have been putting together killer AMP events ever since its inception around half a decade ago.

And, with her worldwide recognition through being a BBC Radio 1 DJ, Annie has always been ahead of the curve: something that really shines through with the curation of today’s party.

The colourful decoration, as well, is unmissable. As soon as you walk into the vast venue, there’s a sign with blue, yellow and red paper draping down; it’s the perfect place for selfie-lovers to get their fix. Upstairs, the Great Gallery is adorned with neon balloons, cut out palm trees and wavy shapes whilst in the VIP area there’s a ravers’ photo stand for people to pose behind.

After filling ourselves up with an unbelievably tasty chicken and chorizo wrap from The Market Grill, we set ourselves up for Annie Mac’s second set of the day – her last for more than a year and a half as she and husband, Toddla T, prepare to welcome their second child into the world.

“It might get emotional,” she correctly teases, before showing the thousands in front of her why she’s dance music’s leading lady. Veering between the kind of hits the tastemaker is synonymous for playing on the radio: Riton & Kah Lo’s ‘Rinse & Repeat’, Jax Jones‘ ‘House Work’ and Format B’s new smash ‘Okay Yeaah’ to the club-friendly diva vocals of Marquis Hawkes‘ ‘I’m So Glad (Satisfied Mix)’, tonnes of tireless ravers test the floorboards, climb atop their friends’ shoulders and some even perch up in the wooden beams.

As teased on her Snapchat story the night before, Annie invites the House Gospel Choir onstage to join her for a spine-tingling, goosebump-inducing rendition of ‘The Pressure of the World’ and an emotive version of ‘You’ve Got The Love’.

“Thank you for being the most amazing crowd. I’ll never forget that,” Annie signs off emotionally, leaving Dusky to smash it – peaking with the incomparably euphoric ‘Ingrid is a Hybrid’.

Win Tickets to The Annie Mac Presents… All Day Raves 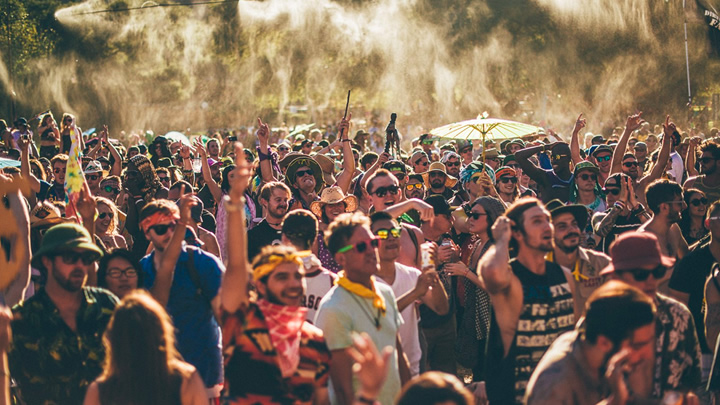