Dance music can be a very serious business. Serious producers talking serious talk. It’s an unfortunate side effect of 30-years of not being considered ‘real music’. There is one person we can always rely on to bring a smile, a laugh and healthy spot of piss-taking to the table however: Dub Phizix.

Real name George Ovens, the Mancunian’s weird and wonderful antics never fail to lighten up the mood of a Twitter feed or a grimy underground club night, but what’s more, he’s rather good at this music-making malarkey. Initially popping up all over the shop – releasing via Exit, Ingredients, Commercial Suicide, Dispatch, Samurai, Soul:R and Critical (breath…) in the first two years of his career-proper – Ovens quickly developed one of the most recognisable sounds in drum & bass.

Although his output has slowed somewhat since, each of Ovens new releases are still eagerly anticipated and widely praised both inside and outside the d’n’b community.
Today (November 20th), Ovens chalks up yet another release – a particularly special one – as he joins the ranks of elite DJs deemed fit for the renowned Fabriclive mix series. Cramming in 40 tracks, including a plethora of his own unreleased material, the CD is sure to be a stunner, as is the launch party tonight at fabric. However, before all hell and hilarity break loose, we asked Georgie-boy to take a look back at his rise to stardom, at the people and moments that made him – maybe even get a little serious, but not too serious. So without further ado, DT is proud to present 5 Steps with Dub Phizix.

I’d been into Drum and Bass for a few years but I didn’t really know that much about it till I met my mate Ash, otherwise known as Fro. That was in 2000, I was about 16. Before that I would just listen to tape packs and I knew a few DJs and MCs but other than that I was pretty clueless. Fro had a decent record collection and was into deeper shit that I hadn’t really been exposed to up until then and he always knew the newest tunes. He would say how Drum and Bass was an innovators music and that’s always stuck with me. Also, the first time I had a go on decks was at Fro’s house.

A few years later I made a tune with Future Cut. It was going to come out on V Recordings but it never happened. At the time they still lived in Manchester and were in New Mount Street which was a building of studios. I was working in another one in there and got to know them that way.  Over the course of 3 or 4 studio sessions we did the tune and I learnt more in that time than I’d learnt in the whole time previously and I’d been making music since I was about 12. They completely changed the way I thought of making music and taught me the proper way to layer breaks, process vocals, arrangement and loads of other stuff. They also told me how the industry as a whole works. There’s stuff I do even now and without realising it was something those guys taught me 12 years ago. There’s a reason why they’re now some of the most in demand producers in the world now.

I​ met L Double through Ash-A-Tack in about 2004. I had loads of tunes that I thought were release ready but in reality they were just beats. He helped me to turn them into actual tunes. Whatever I sent him, he would always have great advice and ideas to improve the music and advice as to what worked and what didn’t. My music wouldn’t sound like it does now if it wasn’t for him. I spoke to him recently and he’s relaunching Flex Records which is great news, not only because of the music that will come from it but also to have a guy like L Double back in DnB would be great for nurturing and bringing through new talent.

I​ was first introduced to Marcus Intalex and ST Files music by Fro who played me ‘How you make me feel’. I used to go to the first Soul:ution nights at Band on the Wall and me and Marcus both used to buy records from Eastern Bloc and I knew him that way. One night he played a tune at Soul:ution by me and Chimpo and from then he always stayed in touch and kept an eye on what we were doing. After a few years I’d started to find my sound and Marcus was the first guy to really support it. He signed an EP, put me on at Soul:ution and introduced me to loads of people. He also gave me invaluable advice when people started picking up my tunes. Nowadays I call him Grandad, he hates it.

I think it was fairly obvious this was gonna turn up on this list. It was definitely a turning point for me and is the tune most people would know me for. For some people it’s the only tune they know me for. To be honest, meeting Skeptical should have been on this list too as I feel like we found a sound together. I’m not even sure this is the best tune we made but it was definitely the most popular. I think most people are bored of it now, I know I am but I wouldn’t be doing what I do now if it never happened. It was a launch pad for everything afterwards.

FabricLive 84: Dub Phizix is available in digital and physical formats from the fabric store, and tickets to the album launch tonight are on sale here. 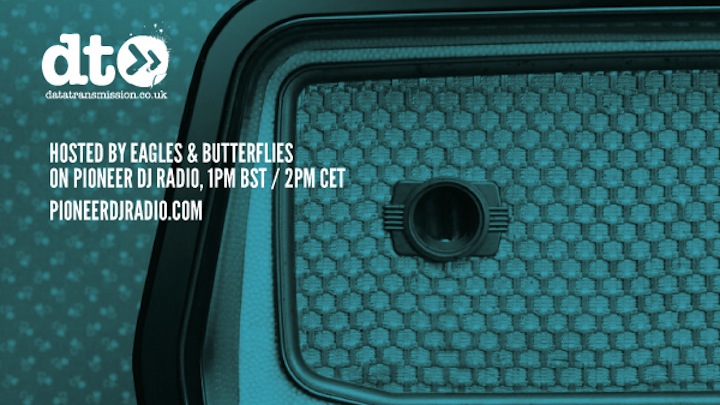