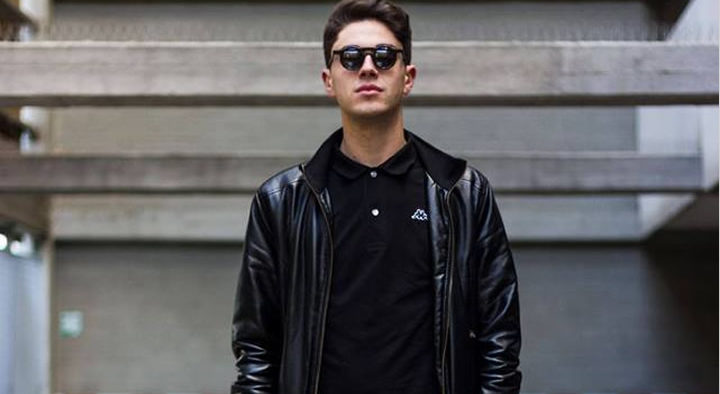 From the desire to show the whole world the beauty of the Italian city of Bari and the music of local artists was born “Vibes in the sky”: a 2 hour podcast that will take place inside the Panoramic Tower of Bari, over 70 meters high, and will be filmed and streamed on Data Transmission Radio on the 16th October from 5 PM (CEST).

The whole project sprung from a collaboration between the independent house music label Nicepeople Records, founded in July 2018th by the DJ and music producer Giuseppe Scarano and the manager Christian Cardascia, and the local staff Hype Events that hosts parties in the whole region. 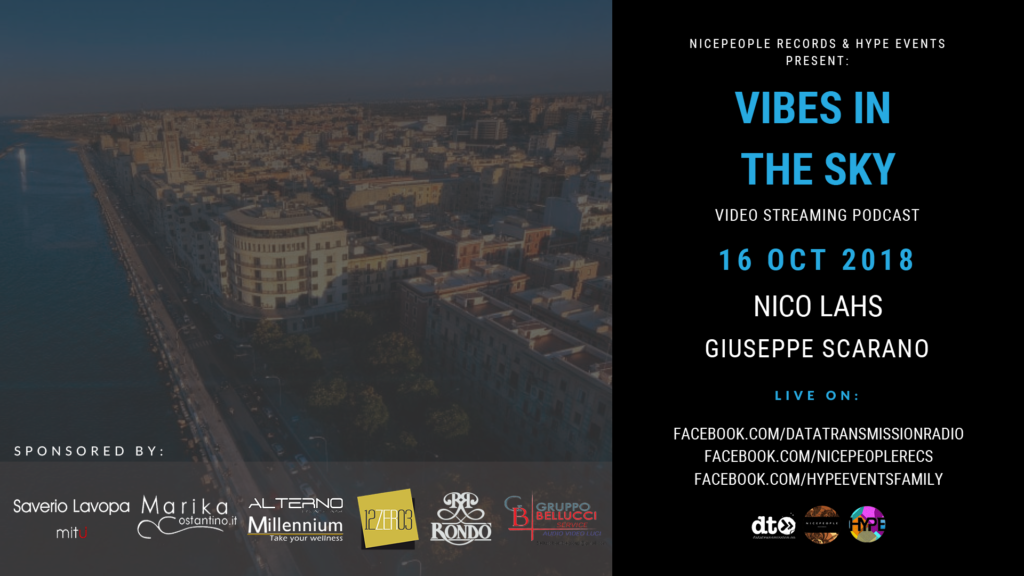 The first DJ to play, Giuseppe Scarano (Nicepeople Records, Hype Events), is a local DJ and producer resident of the main clubs of the region and who’s now having international success due to the launch of his own label and his single For Love that pushed him to play in ADE 2018th in Drone Time party.

The special guest is Nico Lahs, DJ and producer that since 2008 has collected releases on well known and respected labels such as Ovum, 8bit and Pokerflat and that touched base in some of the most prestigious clubs of electronic music in Europe and the world such as Cable, Sankeys, Club der Visionäre, Globus/Tresor, KaterHolzig, Weekend and Rex Club, just to name a few.