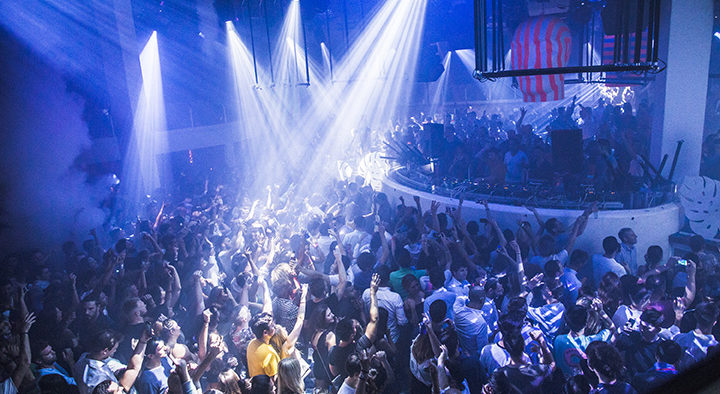 Last week we decided to check out Hot Since 82´s party at Pacha Ibiza. Labyrinth it´s in its second year at Pacha, and it seemed to get hotter and hotter every time a line up was presented. This party took over this beautiful club during  2018 summer season every Friday, and last October 12nd, Adam Beyer, Ida Engberg, Mathias Meyer and HAAI were HS 82´s guests for the closing party.

They had the upper side of the club closed so everyone that came that night had to stick together. It wasn’t long until the club filled up. In Room2 we had a date with funky house in case anyone wanted to cross their knees and do the boogie. DJ Pippi and Willie Graff were spinning some smooth records in this beautiful little room. We danced on ‘Mr Bump Man’ by CN Williams with great skill.

HAAI was in charge of the opening with her set, at first deep/deep tech house and slowly passing to tech house only to leave the decks to Mathias Meyer around 1 am.

Next to show what he was made of was HS82, this young British lad has come a long way since he released for the first time in 2010 with Noir Recordings. He is a very prolific producer with a unique style and energy. He played tracks like Rick Dyno’s remix of ‘Fly’ by Leo Lippolis, ‘I’m Ready (2018 Reebeef) by Size 9, ‘Reach Out’ by Harry Romero and ‘Inhuman’ (M.I.T.A. dub) by Sara Simonit. This last one brought some cool acid elements to the strong tech vibe.

The closing of the night was in the very capable hands of Adam Beyer and Ida Engberg. An exceptional B2B performed by this lovely couple that came to Pacha to techno-rock us all.  Tracks like Hauswerks & Doorly’s ‘Power Of The Mind’, ‘Catch Me’ by Bulaklak, Timid ‘Master Cabron’ Remix of The Wasp by Crazy Sonic &Ale F and Zombies In Miami remix of Benjamin Fröhlich’s Dream City among others ran through the speakers and into our heads.  Adam and Ida had excellent complicity of techno beats. They started with some playful tracks to warm up the fans however it didn’t take long to turn the beats to clean techno vibes that Beyer knows to deliver so well. 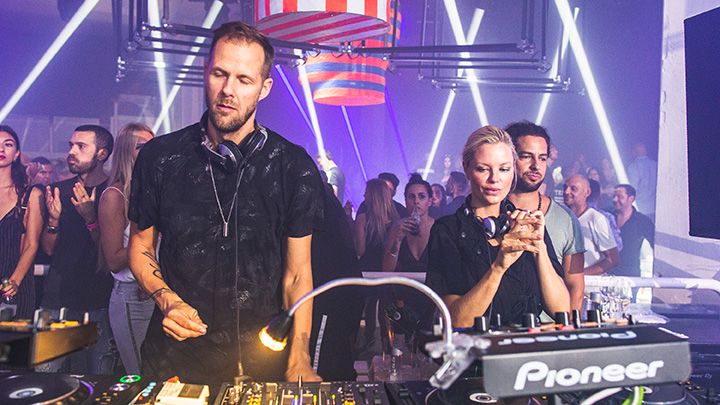 The musical transition between HS82 and the couple was really well defined and transmitted. The whole club emerged from UK Tech House to proper Techno like through the Stargate. Around 5 am the two delicately slipped a remix of ‘Show Me Love’ by Robin S between those heavy techno notes. I must say I find it very appropriate as we are in Ibiza and I think this track is the anthem of the island. 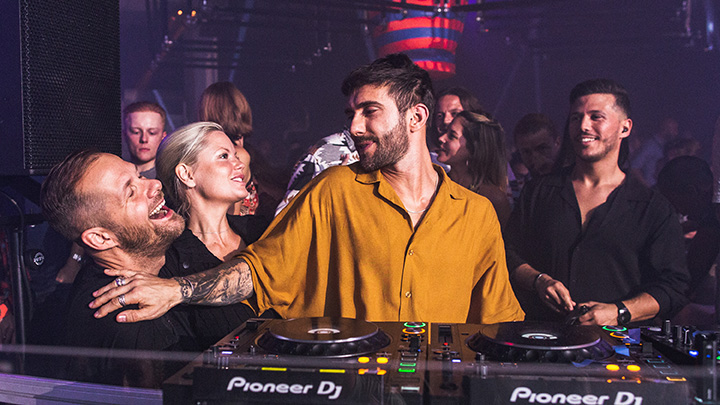 The night was round; a beautiful October crowd made out of local workers that ended the season and the last tourists all of them excited about the closings.

The closing was a success, and we sure hope to run through HS82’s Labyrinth next summer as well.