Where has the time gone? It seems like only yesterday we were prepping our inaugural podcast from Ed Banger founder Busy P for your listening delights and here we are today at edition number 450.

We’ve had some great guests since launching the series back in 2008 but today we’ve got a mix that is up there with the very best of them with special set from Data Transmission favourites Steve Mac and Robert Chetcuti, who have resumed their partnership as Rhythm Masters for the first time in a decade.

Returning to the fold as a duo for their own Dis-Funktional Recordings imprint, expectations as to what we could expect from the pairings triumphant reunion were significantly raised upon the unveiling of their latest cut 20 Year Cycle, which seriously impressed us here at Data Transmission.

Super talented DJs as well as producers, the years Rhythm Masters have spent in the game so far have seen them forge a fierce reputation both behind the decks and in the studio with his CV boasting a wealth of legendary productions, collaborations and remixes. It’s their abilities in the DJ booth we’re celebrating today though as after hearing them demolish dance floors all around the globe, we thought it was high time we nabbed their considerable talents for ourselves here at DT!

Jam packed with previously unheard material , it’s a mix that has put smiles on the faces of everyone who has heard it so far. Roll on podcast 4,500!

Sum up this podcast in 10 words…
All these tracks have come out of my studio , only 2 tracks have been released . the rest are totally exclusive . only been heard by a few mates until now.

What’s your personal favourite track on it?
Jack said wat ? this is a new project not under rhythm masters, its part of a 10 track album i have done that is still un-named well the artist name we don’t have yet . The album is finished just needs mixing down which i will be doing this winter .

What’s the special ingredient in this mix?
It was done live, one take with the delay in the studio as the decks are in a bass pocket, makes it harder to mix but keeps your skills on point. a little messy but real,  none of this ableton shit .

What’s the best gig you’ve played recently?
We just came back from ibiza and played for Hard times and it was the first rhythm masters gig in 10 years, we destroyed the place and much fun was had .

What have you got coming up?
We are finishing off a new rhythm masters single with singer sian evans, you might know her from kosheen. Its a real disco number, going back to our roots.

We have also finished another single which is a bit darker and we have just finished a remix of Todd Terry’s bounce to the beat which is our first remix in 10 years . This is already getting hammered by coxy, eats everything, patrick topping and shadow child to name a few . we gave a few out to the heads . We have just started remixing the classic the fog been a long time which is sounding amazing . can’t wait to get that finished . We have new kid on the block bontan coming in the studio with us mid august then the end of august 29th we play amplified sound in portsmouth with green velvet . we have a ton of people lined up to work with but can’t mention it just yet but as you can see , we are busy boys again .

And finally, do you have a special message for our readers?
We really hope you enjoy our mix and enjoy the productions , we have been away for a long time but we are back and full of love n passion for house music. much love x 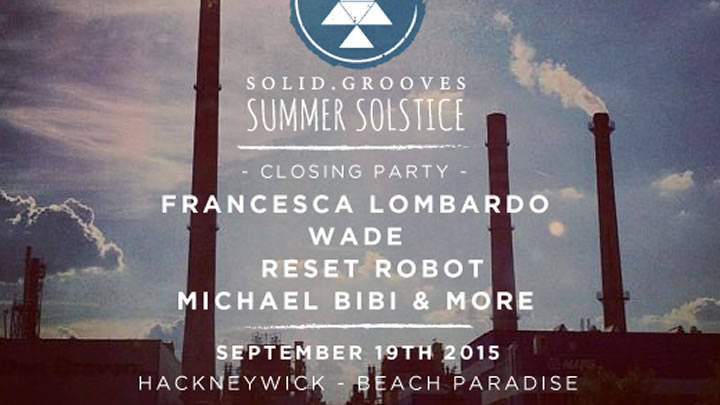