Updated: 5 Dead and 15 Injured from Gunshots at The Closing Night of BPM Festival

At 8.15am UK time this morning, we got word from our writer covering the BPM festival in Mexico, that there has been gun fire during the elrow party at The Blue Parrot. Preliminary reports from twitter are that at least one person has been shot and we followed the details of the events below in our live feed.

It has now been reported at 13.11pm UK by BPM Festival by their Official statement (which you can read in full below) that four people have been killed and twelve injured in cartel / gang related shoot out.   We have collected up loads of the tweets from DJs that are at BPM below from this morning as they were happening.

We’ve had a new updated on 07:52am that the death toll has now risen to five people including two Canadians, one Italian and one Colombian person – all BPM employees, also 15 people are now injured. In an updated statement BPM said members of its security team were killed and that the incident involved a lone gunman.

Our thoughts are with everyone in Mexico.

KEEP READING BELOW FOR ALL THE POSTS FROM THIS MORNING:

– BPM OFFICIAL STATEMENT:
It is with great sadness to share that police have confirmed reports of a lone shooter outside the Blue Parrot nightclub in Playa Del Carmen earlier today, which resulted in four fatalities and twelve injured. The violence began on 12th street in front of the club and three members of the BPM security team were among those whose lives were lost while trying to protect patrons inside the venue.

The BPM Festival has been working closely with the local authorities (Seguridad Publica / Policia Turistica) throughout the festival to ensure public safety and security for all visitors. We are overcome with grief over this senseless act of violence and we are cooperating fully with local law enforcement and government officials as they continue their investigation.

Our thoughts and prayers are with all the victims and their families and all those affected by these tragic events.
The BPM Festival Familia – 13:11pm GMT

– A spokesman for the Foreign Office has added, “We are seeking information from emergency services in Mexico, following reports of a shooting in Playa del Carmen.” – 12:46pm GMT

– The UK Foreign Agency has issued a statement saying that British embassy staff are urgently looking into the shootings at The BPM Festival. If you’re in the area, they state to follow the advice of the local authorities; if you’re worried about a friend or family member, contact the Foreign and Commonwealth Office on 020 7008 1500. – 12:22pm GMT

The worker at CostaMed hospital in Playa del Carmen said the two — a man and a woman — were admitted with bullet wounds at 3:39 a.m. (4:39 a.m. ET). The man was in a serious or “grave” condition, while the woman was stable, according to the hospital worker who spoke on the condition of anonymity because he is not authorized to speak to the media. Others who were hurt had been sent to nearby hospitals, he said.” – 12:04pm GMT

– Mixmag “Although there were initial reports of a second shooting at another venue, The Jungle, BPM Festival has confirmed a shooting did not occur there.” – 11:57am GMT

– Sidney Charles and Santé were playing the Elrow party when the shooting began. Sidney Charles told The Mirror, “The shooter was left, next to the stage and just started shooting.” – 11:49am GMT

– The festival organiser, a Canadian citizen, is said to have been shot dead in a revenge attack over the sale of drugs, according to The Daily Express – 11.48am GMT

4:30am Central Time We Are Stopping Live Updates Until Confirmed News Is Reported. Will Begin Again.

– While many sources are starting to agree on death toll and cause, there are still no official reports 4:01am Central Time

– All reports coming in now citing cartel activity and drugs as cause of shooting 3:57am Central Time

– Angel, who was at the Blue Parrot for London promoter Elrow’s night, spoke to Dazed from Mexico. She said: “We were at Elrow, in the back of the club. We heard what appeared to be gunshots but a worker told us to calm down, it was just fireworks. People (sic) started getting up and again the shots started. My friends saw the shooter running across the back of the club shooting into it through a metal rail. One of my friends saw a person shot and bleeding.”

“Once the shooting stopped we jumped over that same fence and ran on the beach about 10 blocks. We were helped by some other party goers by letting us hang out in their hotel for a few minutes. They saw a guy shot in the head,” she added.

“After a few minutes we left that hotel and we saw police had a guy in custody and he was yelling ‘it wasn’t me’, as we turned the corner we heard another two shots and ran again. We finally found a taxi that stopped for us and brought us to our Air BnB.”

– At least one of deceased victims was a Blue Parrot Security Guard 3:42am Central Time

– Reports are coming in that security at Blue Parrot attempted to protect club goers from gun fire 3:36am Central Time

– Source on scene: at least 8 rounds fired from .22 caliber weapon at blue parrot 3:18am Central Time

– While initial reports were shots had been fired at two events, so far only Blue Parrot incident is confirmed 3:15am Central Time

– Shooting is starting to be reported heavily as Cartel related 3:01am Central Time

-BPM has officially canceled and shut down all events 2:56am Central Time

– It has been confirmed the shooting took place through the back of The Blue Parrot which is only enclosed with a fence 2:46am Central Time

– Sources on site report that new death toll is 8: Working on Confirmation 2:44am Central Time

– Highest estimates from twitter are 12 dead UNCONFIRMED 2:41am Central Time

-Reports rolling in death toll could now be as high as 6 UNCONFIRMED 2:39am Central Time

-Early reports state that THIS WAS NOT TERRORISM – likely gang turf or possibly (but unlikely) cartel related 2:29am Central Time

-At least 3 dead including 2 girls & a bounder CONFIRMED 2:29am Central Time

-Reports rolling in death toll could now be as high as 6 UNCONFIRMED 2:15am Central Time

-Artist JACKMASTER tweets that death toll could be at 5, many wounded UNCONFIRMED 2:12am Central

-News at least 2 dead from twitter (UNCONFIRMED) 2:05am Central Time

-Police and Ambulances on scene 2:02am Central Time

Utterly shocked to wake up and hear about the shooting at BPM Festival. No words. ???

Any brothers and sisters that are @TheBPMFestival last night, tweet that U R OK

I was on the decks while shootings happened at blue parrot…me and my friends are safe. What a tragedy…

At least 3 clubs where hit. @blueparrotplaya #lajungla and more coming on the news

Apparently there was a shooting at Blue Parrot. We were in the DJ booth at the time. It was total chaos. We’re ok. Hope everyone else is…

It sounded like the gunshots were no more than 20 feet away from me.. still can’t believe what happened.. luckily we made it out safely #BPM

i was at the shooting at #blueparrot at #bpmfestival i heard 5 rounds of a .22 semi auto then a pause then 3 more rounds

@Mixmag this second shooting was NOT in any BPM event. Please state that!

We advise you to remain indoors and check with your companions to make sure everybody is safe.

#BPM was supposed to be a celebration. never thought i’d be sitting in a taxi telling my fiancé to keep his head down to avoid gunshot

Apparently now more shots fired at another club in the area

Someone has come into the club in Playa Del Carmen and opened fire. 4-5 dead and many wounded. Stay in ur fuckin hotel if you’re here at BPM

Shooting at Blue Parrot during elrow. Mother fuckers shot through the back where it’s all open. I’m afraid it doesn’t look good 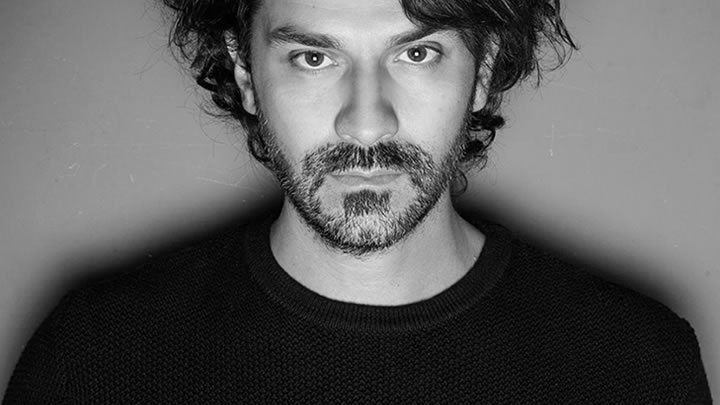