Doorly & Friends is back at Ministry of Sound on Saturday 2nd May for a Bank Holiday Special!

This time Doorly has roped in the mighty Basement Jaxx to headline,  they are firmly embedded in the lexicon of British dance music via several outstanding artist albums and tracks such as ‘Romeo’, ‘Where’s Your Head At’ and ‘Rendez-Vu’. Felix and Simon are also two of the most respected DJs of the past twenty years, with a longstanding reputation for road-blocked South London parties.

Supporting is Andy Butler from Hercules and Love Affair, Jaymo & Andy George, the UK upstarts behind the hugely respected Moda brand. Moda Black has released tracks from Disclosure, Hot Since 82, Groove Armada and Eats Everything.  Over in 103, Raf Daddy of The 2 Bears will be presenting his new concept Bear Face, bringing The Savage Girls to perform with him alongside DJs Will Tramp, Nicola Bear and SE7EN B2B with Jordan Wade.

Check out Doorly Exclusive 5 years of Hideout Sunrises Mix, which he dropped on Data Transmission recently by Clicking Here. 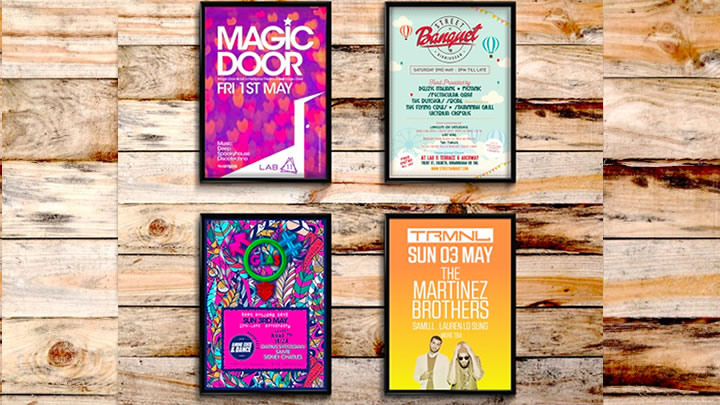