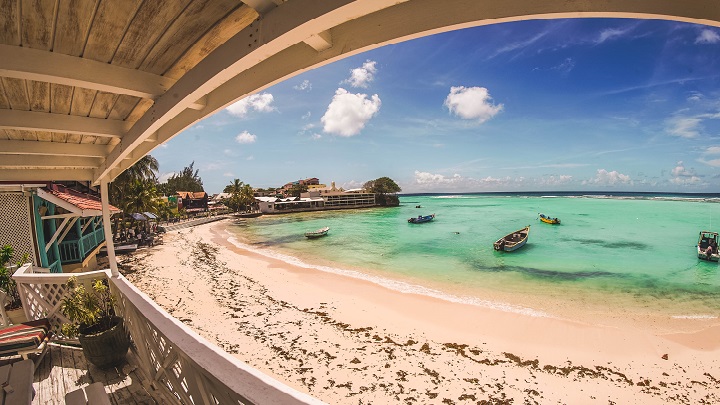 Still washing away our Caribbean blues as we recover from a memorable first Vujaday Music Festival experience. Was the five-day music excursion like something we have never seen or felt before? It was, and we welcomed the festival’s fresh-feel and intimate size with arms and ears wide open. Globetrotters from Canada, North and South America, and Europe gathered side-by-side with Bajan locals to boogie-down in six picturesque venues situated across the 21-mile-long Caribbean island of Barbados.

The festival kicked off on Wednesday, April 4th basking in its shiny newness with everyone’s anticipations high and hopeful as Vujaday unraveled something new and built to last. The concept of hosting five events in five different locations (plus one special VIP event) proved excellent for those seeking diversity and adventure. The air was warm and sound so crisp at Pirate’s Cove, a well-designed beachside venue complete with the golden sands of Brownes Beach at your feet, wide-range sound, hearty cocktails, a raised VIP viewing deck, and one of the tastiest cheeseburgers that the island has to offer (so tasty that we enjoyed a few that night). We caught the tail end of Latmun’s heavy-hitting tech-house tuneage before Manchester duo Solardo delivered some deliciously bass-heavy treats bringing day one to life. Justin Martin kept the crowd groovin’ with brazen basslines and animated drums — tracks like ‘Doctors Orders’ and ‘Riding Spaceships’ kept Vujaday’s energy alive. Highlights for day one were definitely Justin Martin dropping fan favorite ‘Don’t Go’ and an unexpected drum-n-bass remix to Henry Krinkle – Stay that we are still on the hunt for. Justin Martin traded in the decks for his dancing shoes jamming booth-side to Chicago legend Green Velvet as they swapped spots around midnight. The energy resonated from behind the decks onto the sandy dancefloor as Green Velvet detonated bomb after bomb including classic tracks ‘Fired Up’, Set It Off‘, and of course ‘La La Land’. Closing day one out with a bang was Toronto native Nathan Barato who kept the night-owls bumping until sunrise. 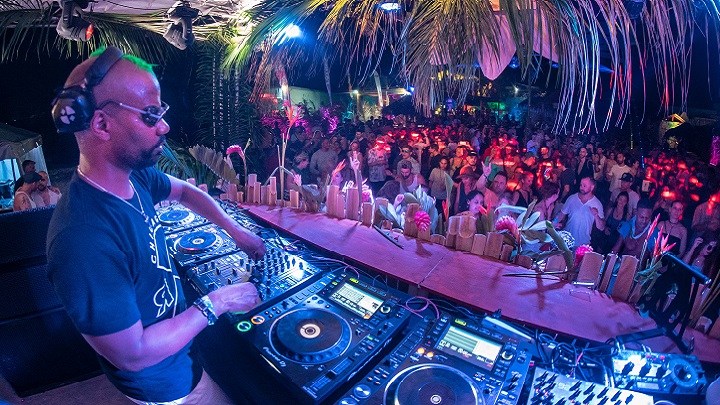 Day two and energies were on the rise as travelers, dancers, day-drinkers, and Bajan locals motivated to the resplendent Bellevue Plantation. Built in 1735, the verdant 100-acre property was one of the first plantations on the island and has since become an ideal location for weddings, yoga retreats, polo matches and now–Vujaday Musical Festival. Landscaped beauty complete with coconut and mahogany trees, a glimpse of wild monkeys bouncing along decorative neon-lit canopies, a swing to entertain while waiting for the washrooms, and a pool that we never did find. But we did find a lovely hill to perch on and stargaze while Loney C took us to disco-dance heaven with full-bodied beats including all the conga drums one could ask for, as well as an ode to the legendary Ethel Merman with a polished take on ‘I’m an Indian, Too’. Stargazing came after The Fitness & Pony drove raw G-House reverbs and laugh-inducing lyrics into our ears (maybe they were humorous, maybe it was the rum punch). The grassy dancefloor was enlivened by psychedelic 3D floral projections and a cheeky selection of tracks including ‘Sex I’m an Addict’ and ‘Freak Out.’ As the vivacious basslines were washed away with island drums, we knew it was time to welcome Lonely C, a favorite of the evening along with Nick Monaco. Between Lonely C, Nick Monaco, and Wolf & Lamb, who closed out day two, attendees received a well-balanced blend of groove-laden house and tech, alien’esque acid-house, island vibrations, and a touch of Spanish house to slide us into the early hours of morning. The Crew Love takeover at Bellevue was our top-party-pick for this year’s Vujaday Music Festival.

Day three brought the dancing back to the sand at Copacabana, along with an exclusive VIP party at Nikki Beach Barbados where BEHROUZ, Salomé, and Jeff Kirkwood graced the stunning north-side shoreline. Copacabana welcomed the inimitable Lee Reynolds and Mikey Lion who had the sandy dancefloor booming to that beloved Desert Hearts sound as the sun set over Brownes Beach. The fearless and flawless tech-house maven DJ Cassy kept the synths flowing with her dark magic and mystical soundscapes. Next on deck was house music legend Mark Knight (another one of our Vujaday top picks) who came loud and direct with that fierce, feel-good house that just erupted on the dancefloor. Bless you for playing Michel Gondry – Music Sounds Better with You, a lifelong favorite track. What better way to close out day three than with some immense 3D action – Danny Howells, Dave Seaman, and Darren Emerson delivered an intense mixture of scintillating house grooves and unearthly warehouse sounds turning this beach-side fiesta sideways until sunrise.

In between music and luxuriate sunbathing we wanted to take in much of the island’s beauty and culture. Dining on fresh shark and marlin while melting into the Oistins sunset is a must when visiting Barbados. Before you dine, dive into the water and swim with the adorable and friendly sea turtles (if you’re lucky you’ll encounter land turtles throughout the island as well). One of our most enjoyable (and educational) experiences of the week was exploring one of the island’s greatest wonders, Harrison’s Cave. Located in the central uplands of the island, this crystallized, limestone cave is characterized by enchanting streams, deep pools of crystal clear water and towering rock formations which we enjoyed on a tram tour. Riding the glass elevator down to the mainstay was a sight out of Jurassic Park and we highly recommend experiencing this should you find yourself in Barbados. The cab rides and buses were quite entertaining as the locals on this island are incredibly welcoming and full of life. They love their land and enjoy sharing its vast charm and elegance with visitors, so chat with the locals and definitely dine like a local! 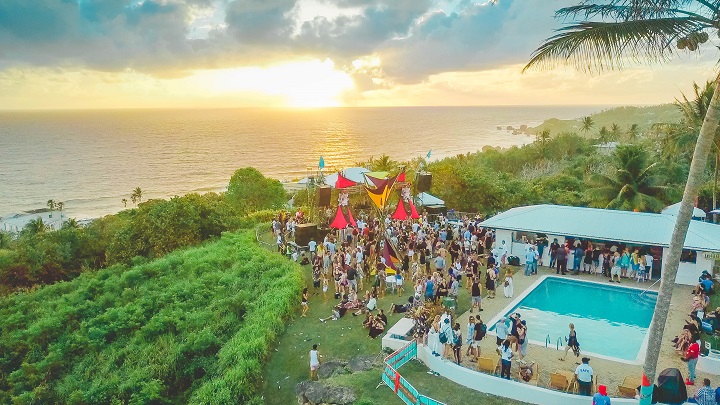 Bellevue Plantation was hard to top, but Cornwall House came in close second for day four of Vujaday Music Festival. An enchanting mixture of sea and jungle vistas alongside grasslands and a private pool made for an alluring backdrop. Sunset over the dramatic Bathsheba coastline was the perfect setting as we grooved to Roger Silver and m.O.N.R.O.E. upon entering the party. Surprisingly, Lauren Lane looked a lot like Benjamin Alexander but we didn’t mind at all as the Englishman delivered warm, sultry grooves before our favorite otherworldly being, YokoO blessed the decks with all the ethereal goodness, plus an ode to the classics with Moloko – Sing It back (also heard at Copacabana). Unfortunately, Lauren’s flight was delayed but she made quite the early morning entrance playing a wild back-to-back sunrise set with Nitin. Other day-four highlights included Lee Foss sampling Usher – I’ll Freak You Right and fan-favorite ‘Reverse Skydiving’, as well as ending his set with 90s classic ‘Everybody Wants to Be Somebody (Masters at Work Remix)’. 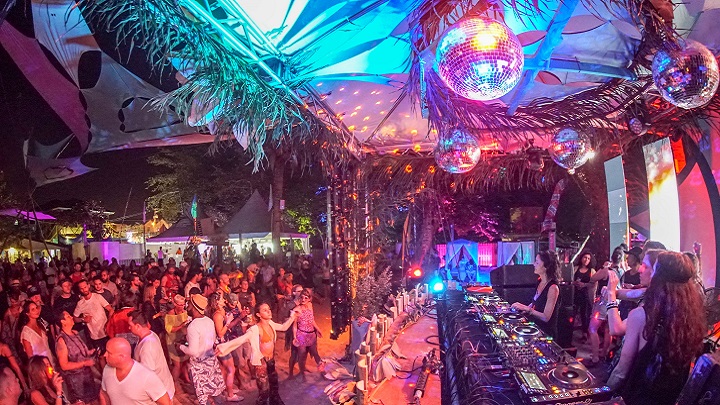 We returned to Copacabana on Sunday to close out a week of sorcery and were immersed in a sea of atmospheric melodies. atish blessed us with those face-melting tunes that were born to bid adieu to the sun, and as dusk settled, Queen Francesca Lombardo reigned with her girl-gang of beauties boogieing in the booth beside her. The Italian native/UK based talent brings a unique energy with her harmonically-rich, creatively layered soundscapes that just make people move. Day five, but life was still seeping through as the All Day I Dream bossman, Lee Burridge provided a wavy, chilled-out set before we put ourselves to sleep for a week. We missed DJ Tennis but heard he delivered some spine-chilling tunes to properly close-out the first year of Vujaday Music Festival. 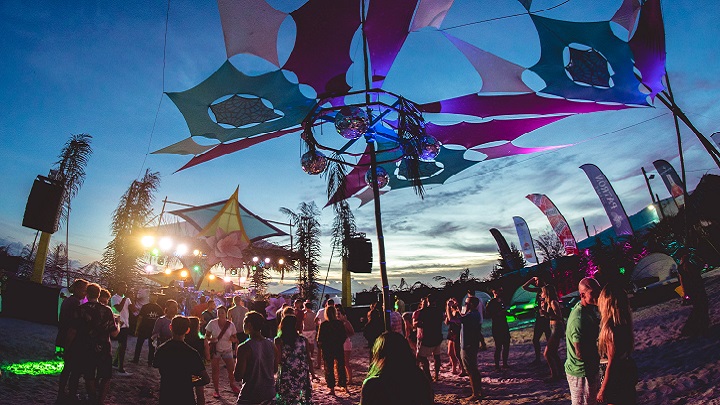 The venues were selected with care, each architectured with capacious individuality and breathtaking surroundings – a notable success for Vujaday’s first year.The Caribbean Bajan culture better known for its soca, calypso and reggae music, welcomed icons of the house and techno scene and established a new subculture that was beloved by locals and visitors alike. So beloved that mid-week, the festival made national headlines noting that Barbados looks forward to welcoming Vujaday Music Festival back in 2019. Thank you for the memories, we’ll see you next year! 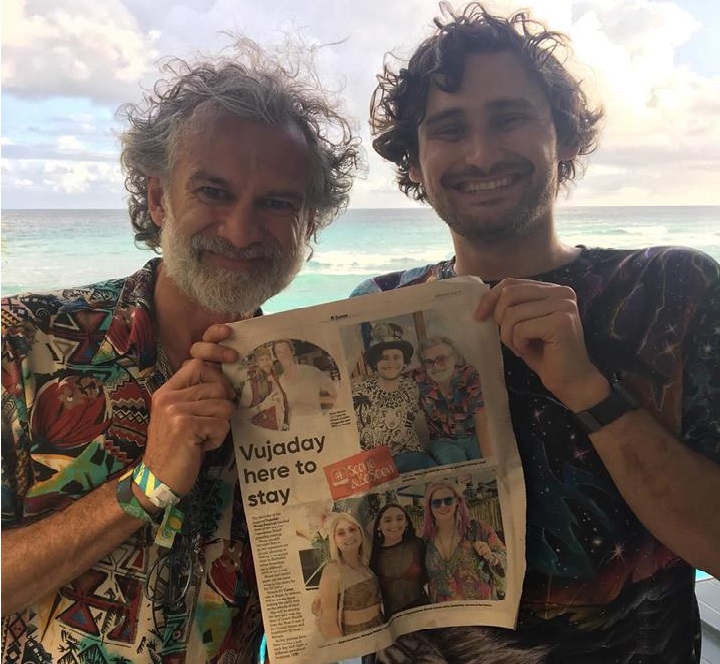 5 Acts to check out at Epizode4

Reviewed: Do Not Sit on The Furniture – Opening