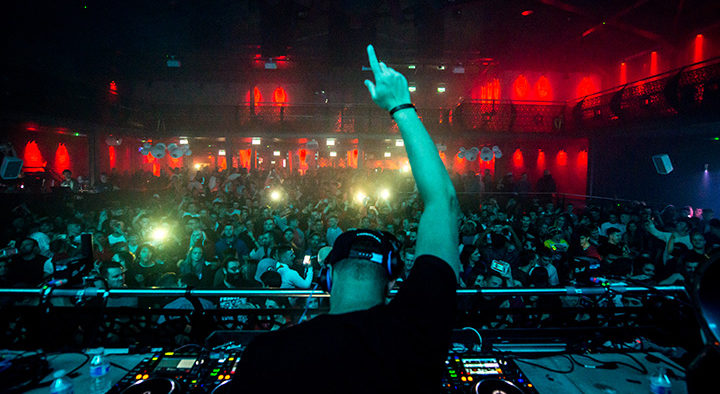 Halloween is always a lovely time for us ravers as promoters see it as a chance to put together some incredible line-ups to get us grooving in some ridiculous costumes. It never fails to disappoint and this year certainly didn’t as we headed over to Studio 338 for a very special one, S.P.Y Presents: Dubplate Style, put on by one of London’s freshest underground promoters, Undivide. Bringing along a whole host of heavyweights, the line-up was curated over two rooms with names such as S.P.Y, High Contrast, Lenzman, Shadow Child, DJ Die, Kyrist and many more. With a line-up big enough to get any Drum and Bass fan on the next train into London, expectations were high and we were sure this one was going to be serious. 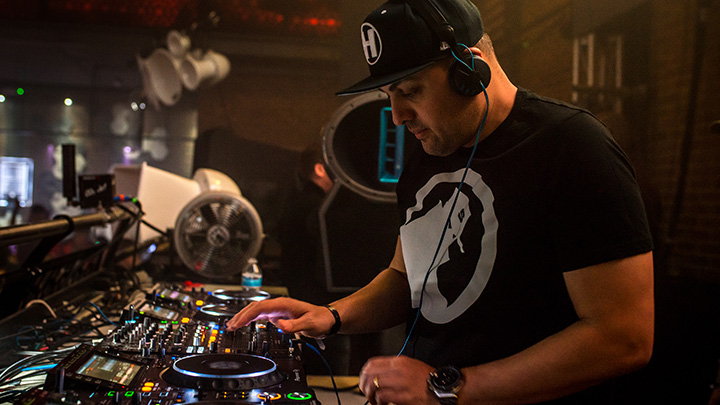 We arrived at around 11:30pm and straight away the vibe about the place was spot on, the spooky costumes were out and the jungle breaks were blasting through the room. First up for us on the decks was none other than the head honcho himself, S.P.Y. Having just seen him tear the Garden stage apart over at Outlook Festival, we were more than excited for this. Pushing his dubplate style to another level, S.P.Y was taking everyone back to the roots of the jungle sound. Kicking things off with a fine selection of hard-hitting Jungle tracks, S.P.Y had everyone skanking out as he dropped some proper heaters such as his Congo Natty – ‘Junglist’ (S.P.Y Remix) and Chase & Status – ‘Retreat2018’. This was an absolute power set and it was showing no signs of easing up as S.P.Y belted out Shy FX – ‘Original Nuttah’ (Particle Bootleg), a ridiculous take on an all-time classic. The much-loved build up met but an incredibly fierce drop took everyone by surprise, it really was screw face material. Time was moving on ever so quickly and the finale of S.P.Y’s monstrous set was marked by none other than the emotional sounds of Metrik – ‘We Got It’ (S.P.Y Remix). The perfect song to wind down after what had been 90 minutes of non-stop floor smashers.

Up next on the decks was The North Quarter front man Lenzman. As expected it was an exquisite set infused with soulful, melodic vibes, the perfect switch up needed to split up a night of thumping drum and bass. With a wicked selection of low rollers and uplifting vocals, Lenzman had us all rolling through a spectrum of drum and bass. Dishing up some lovely tracks like Zero T & Unitsouled – ‘Lazybones’ (Feat. Lenzman) and Submorphics – ‘Don’t Be So Cold’. Lenzman had stripped the night back and was really bringing out those euphoric drum and bass vibes. Throwing out some nice jungle selections too, fitting in the with the style of the night, such as Submorphics – ‘Heartbreaker’ and Lenzman – ‘Walk On By’.

Time for a switch up. Room two was hosted by Bristol based, The Blast so we thought we’d be silly not to check it out. We ambled on over to catch a little bit of a much-anticipated set by Kyrist. Synonymous for her dark and gritty power hours, Kyrist has been creeping onto many people’s radars recently and it was clear to see why. Getting straight into business, Kyrist wasted no time by dropping some absolute stinkers like Alix Perez & Monty – ‘Caligo’ and Kyrist & Document One – ‘Move This Way’. Proper low rollers packed with those fierce growls and hard-cutting snares. This set was easily one of the highlights of the night for us, it really was faultless. Serving up some more steppers like Mark Dinimal – ‘Arrival’ and Monty – ‘Hypnotize’ Kyrist had the whole room packed to the brink and was setting up the scene nicely for High Contrast next in the main room.

Moving back into the main room and High Contrast was in control. A man who needs no introduction as he got things going. Kicking off with a seriously hard selection of tracks, High Contrast shelled out Halogenix – ‘Blej’ and one track in particular that got a ridiculous reaction, S.P.Y – ‘Rock Da House’. A track that’s been going off in raves all over the place, S.P.Y absolutely nailed this track and deservedly reaps the rewards from the reactions. Swiftly moving through his heavy selection of tracks, High Contrast didn’t forget his crowd favourites such as High Contrast – ‘Remind Me’ and the much-played remix High Contrast – ‘If we Ever’ (Unglued Bootleg). A true masterclass set from the Hospital Records hothead.

Hats off to the Undivide crew and S.P.Y, a wicked event showcasing just why jungle is loved by so many. It was a spooky one.