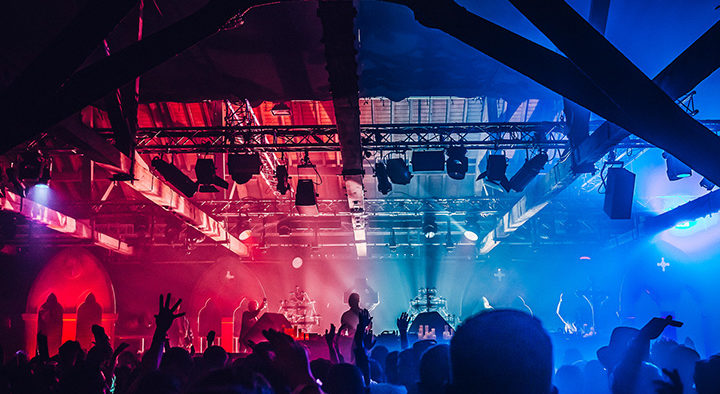 Drumcode Halloween sees glamorous ghouls, zesty zombies and all sorts of nightmarish creatures pour into Tobacco Dock for another sold-out year of techno. Wandering around the venue we have time to take in all three rooms, with The Gallery, formerly The Little Gallery, having a major redo to become a proper room rather than just an afterthought.

The Great Gallery has been transformed for the event, into a crypt with big tombstones behind the decks and candles either side of the mixer. Heading into the dark underbelly of Tobacco Dock, we find ourselves in the Car Park. Arguably one of the best raving spots in London. Essentially a pitch black, concrete tunnel the Car Park is a techno-lover’s idea of heaven. It’s raw, industrial and very loud. 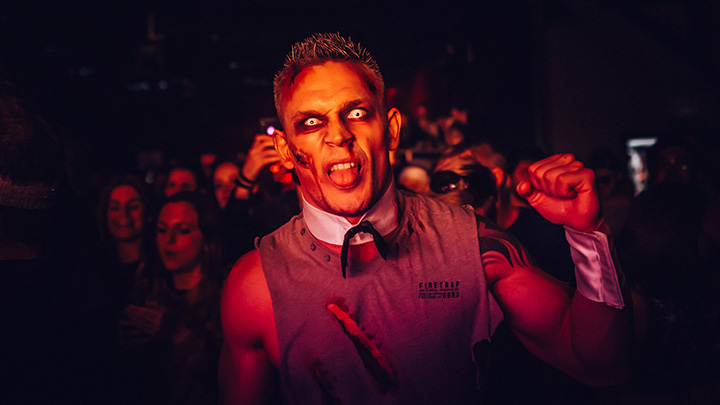 As we move in, Slam are slamming down hard techno selections early in the day. Hands in the air met with fierce lasers and strobes, as the Car Park starts to get warm. Heading upstairs we catch Bart Skills dropping ‘Apocalypse’ by Frankyeffe in the Great Gallery, amidst a storm of blue lasers and thumping bass. He then moves into ‘Bang’ by Anti-Slam and W.E.A.P.O.N. which hits hard as the crowd packs through the doors for an extended Bart Skills set. Unfortunately, Ida Engberg had to drop out of the event to look after one of her children who had fallen ill, leaving husband Adam Beyer to do a monster 5 hour set later on at the event. Bart Skills drops ‘Carnival of Souls’ by Spektre with ethereal keys, that are reminiscent of Crystal Castles sound. Then he plays his own Drumcode release ‘Ocean Drive’ which sounds as big here as it does on record. Adam Beyer comes down to observe Bart Skills’ last ten minutes of his set, as he swings into ‘Kolaps’ by Carlo Ruetz.

Adam Beyer plays to a packed Great Gallery as he settles into his 5 hour set. He dips into ‘The Journey’ by Florian Meindl. Later on, he weaves ‘Subway in Dust’ by Sonate from OFF Records. Selecting from a wide range of techno, the Drumcode head honcho fires on all cylinders as he drops bomb after bomb. 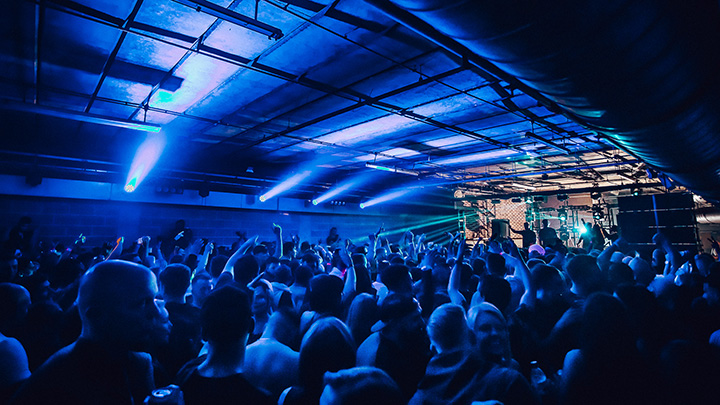 Paco Osuna plays B Traits’ banger ‘I Feel The Music’ which was released via Drumcode Records. Thumping drum kicks and an echoing vocal whirl out from the large speaker stacks. He then swerves into ‘Zenith’ by Ilario Alicante, another member of the Drumcode family. Osuna plays a blistering set, that is over far too quickly. Next up though is a woman on a meteoric rise to the top.

Charlotte de Witte brings her uncompromising style of pummeling techno to the Tobacco Dock Car Park, launching into ‘Depressure Control (Progression Remix)’ by Alex Dolby. She then rolls into the acid-tinged ‘It Doesn’t Matter’ from Gary Burrows. For anyone who had wandered into the Car Park by chance, they happened to come across a DJ at the top of her game doing what she does best. A Data Transmission highlight of the day was Charly spinning ‘Needle Destruction’ by Cherry Moon Trax. Sounding like a 12 inch record getting thoroughly abused, the song rocked the Car Park front to back. 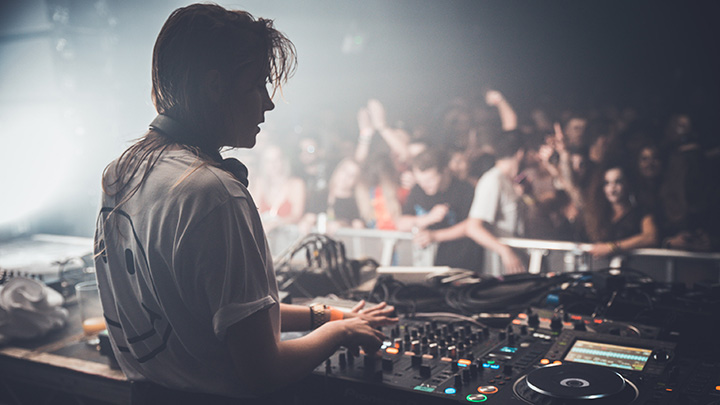 The set perfectly showcased what Charlotte de Witte is all about. Dark, furious beats like nothing else. 2019 looks set to be the talented Belgian’s year. We also get treated to ‘Bang’ by Anti-Slam and W.E.A.P.O.N. again, and it goes off. Again.

She also manages to weave in her Drumcode release ‘Remember’, with its crisp hi-hats and bubbling acid synths it was a moment to remember for the young star. Charlotte then slams the ear-pounding ‘Parralel’ by Kontal, full of high pitched industrial noises this was a track made for the Car Park.

Drumcode Halloween, one of the best techno events of 2018. Data Transmission just hopes it keeps getting bigger and better! 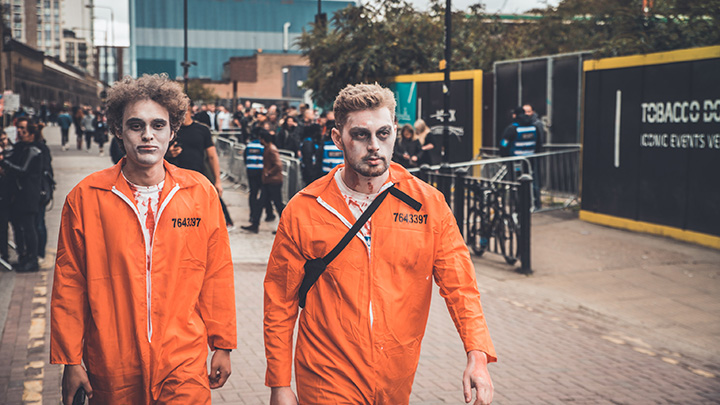