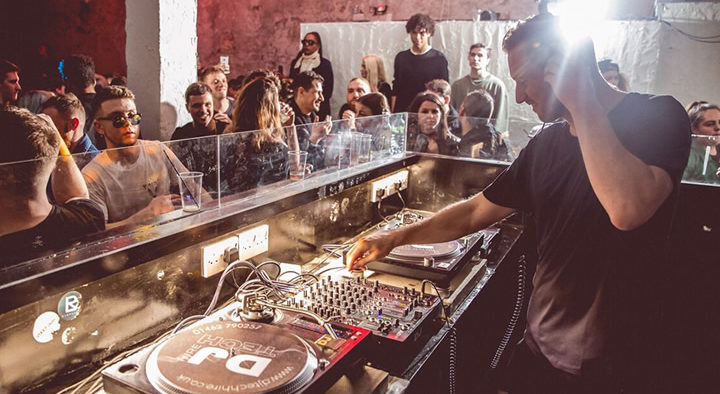 The East End of London has long been a cultural nexus with a growing number of checkpoints. One of those is of course Brick Lane. But for all its curry houses – and my, are there curry houses! – there seems to be a dearth of bona fide music venues. However, almost slap-bang in the middle, the newly re-launched 93 FEET EAST looks to revise that. 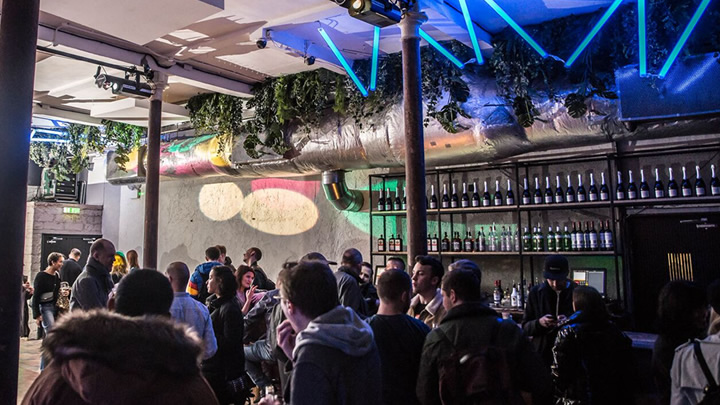 On the ground floor, the two-rooms-and-a-terrace layout keeps things simple and understated, showing no desire for pretense or inappropriate pomp, instead allowing visitors to enjoy themselves in the company of others and/or the music in session. From the dark & dingy feel that some may have felt formerly, the place feels brighter and more allaying than before. Of the two rooms, one is still more centred on a party-going focus, while the other feels warmer and more open: ideal for socials, casual meet-ups, light nights, and possibly an early-evening date…?

The launch night itself had the venue host a photography exhibition curated by Normski – featuring stills from Nick Ensing, Dave Swindel, and Daddy’s Got Sweets – music from Enrico Mantini, and some incredible food by Nanny Bill’s! As the crowd grew, there was time to get some of the backstory on the venue and its history, giving one the chance to compare how it was to how it would be. 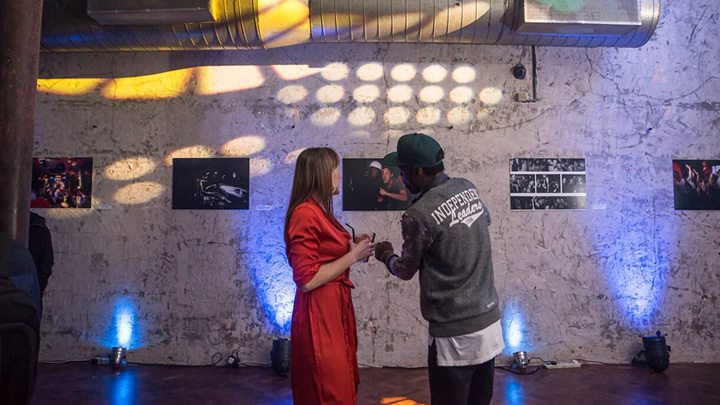 As the venue’s Music & Programming Head, Tony Cannatella put it:

“With so many great venues closing in London during recent years, it made total sense to bring a venue with such a rich musical history back to the fore. The venue’s central location has always made it the kind of place that has brought lovers of all types of music together, while its unique variety of spaces made it a great social hub in the heart of East London. The plan now is to make the place feel like home for the next generation of partygoers, respected international artists we invite to perform and, just as importantly, a space where the best local talent can thrive!” 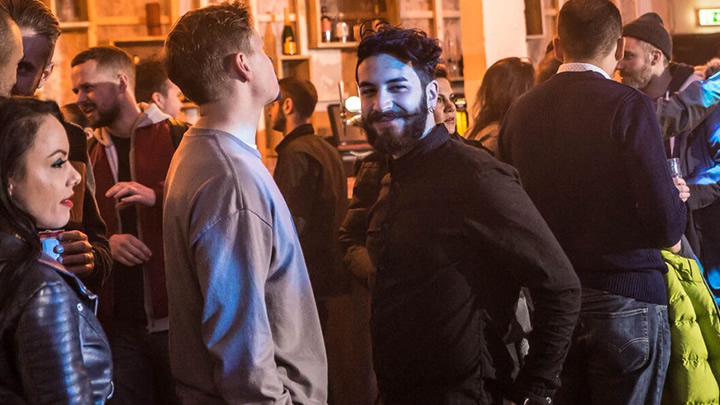 Getting a sense of the intention behind the refurbishment and re-launch of the place, a general warmth ebbed through both rooms as the vibe began to pick up, and spill out into the courtyard. The sound was also notably optimal despite the hard floor, brick walls and high ceilings; projecting the possibilities of some impressive events to come… !

Although it is early days, there seems to be a lot of potential for the venue to reclaim its popularity, whilst also maintaining itself as very much a soulful establishment in the coming months… and those really are the best kind!