Task Horizon have been about for 10 years now and have released on a myriad of quality D&B and bass focussed labels; Cause4Concern, Timeless, Fokus,  Circus Recordings and their own Evolution Chamber imprint. Their newest two releases coming in the form of the Organimatronics EP and the Ocean of Sound/Dharmakaya single which are both out on the same time. Why release two things at the same time I hear you ask? Well because they are completely (and really mean completely here) different beasts.

One is ok, one is really good.

The EP relates to the first of my above statements, purely for the fact it doesn’t really know what it is. It sort of does, but then a couple of the track suggest otherwise. Its no secret that Task Horizon are probably best known for their stomping neuro influenced styles that verge, due to the nature of their impressive sound design, towards the dark side.

This is apparent over the course of the EP as each track kicks things off in a pit of doom and despair. So far so good, until a couple of the numbers unfortunately drop into dollar grabbing, corporate cheese. I say at points there are two tracks that aim for the lowest common denominator here. Them being opening number Weave the Strands – a tune that starts of in good faith, before dissolving into candy coated EDM influenced, pop-grasping ish. And third tune Robotoddler which disappointed me more purely for the fact the intro was extremely promising and sick, before It dropped into a horrible big room, side-chained EDM referencing slab of well, fast paced LCD EDM.

The other three tunes are big, full to the brim of lush organic, techy intricateness, surging neuro influenced bass work that at point could make Noisia blush, some nice found sound type effects that are all combined with killer dancefloor ready drums and dank atmospheres; exactly the type of stuff that will set floors off all over the world.

IT is their two track single that really gets me excited however. Its a completely different kettle of fish in that is isn’t aimed SOLELY at the dancefloor. Sure it will get feet moving but I see these two as the kind of thing I want to listen to at home or better yet in the car. Kicking off with Ocean of Sound featuring the vocal talents of Ingrid Lukas is a laid back almost electronica affair. The speedy half step drums replete with IDM style snare rushes compliment the lush harmony and melody led tune to great effect, with Lukas’ effortless vocal gliding over the retro tinged backdrop it’s a really nice emotion tinged bit of production. Dharmakaya keeps the chilled out feel, with stirring string arrangements joining the simple toned, musical synth lines whilst swooning vocal samples and twinkly arpeggios glitter away and swoop around the liquid tinged number. Both tunes are really nice, and not your standard liquidy stuff, which I generally abhor. So all things said, the releases are a pretty good pair of offerings from a couple of well versed, technically proficient producers.

LSB walks us through his album ‘Content’
Grahame Farmer December 15, 2016 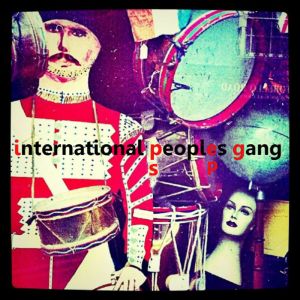