Survival Tracks handpicks the very best tracks of the past month (plus one tried and tested killer), to keep you afloat in the every-growing sea of new music.

Howdy folks! Can you believe another month has gone by already? Once again there’s been a whole heap of outstanding drum & bass to dig through, but as always I’ll start off with a little news. First up, if you haven’t already, head over to dBridge’s SoundCloud page and pick up the 10 free tracks he dropped mid-July. The material ranges from his Bad Company days, right up to dubs made for the Exit vs Metalheadz clash last year.

Elsewhere, in an interview with Drum & Bass Arena discussing his upcoming Dead Man’s Chest EP, Eveson hinted at a second album under his original alias. Since The Last Summer Of Love dropped via V three years ago, things have been rather quiet on the Eveson front, however Alex revealed he has been asked to follow up the LP and that his Dead Man’s Chest work “has really stirred the creative juices” and that “the idea of creating something that draws on my love of moody mid to late 90s trip-hop and rugged D&B flavours is quite enticing.” My fingers are firmly crossed!

In celebration of its 5th anniversary, Methlab – the agency responsible for the likes of Cause4Concern, Silent Witness and Current Value – is set to launch a new boutique label. In a recent press release, Methlab revealed the imprint would release “a relatively small number of highly refined releases through our own channels and in respectful collaboration with some of the labels that we hold in the highest regard.” All material will apparently be pressed to vinyl too.

And finally, July saw not only the “world’s largest drum & bass festival” in the Czech Republic’s Let It Roll, but Data Transmission also did our bit back on home turf, hosting Dillinja, Octo Pi, competition winner DKN and Ed Rush & Optical at Nozstock Festival. We even got the Wormhole duo to talk us through the five pivotal moments of their career for our 5 Steps series.

Anyway, that’s enough waffle from me, on with the show…

It was incredibly difficult to select a single track from the new Free Love Digi compilation, Versus. Across the album, the standard is unflinchingly high, yet a decision had to made, and so it falls to label boss, Quentin Hiatus, and Detroit’s Sinistarr, to represent. One of the more experimental pieces, ‘Struggle 2’ finds the pair on a cosmic tip. Following a deceptively energetic build up, a crunchy half-step tippity-taps through otherworldly scenery. Hiatus once again proves himself first choice for the party, once drum & bass goes intergalactic.

In the late ‘noughties’, dBridge and Instra:Mental’s pioneering autonomic style came and changed drum & bass forever. The full force of the movement may have now faded, but the mindset has been retained through producers like Rhyming In Fives. Although the identity of the (apparently well-established) artist remains a mystery, a connection can be made to him through the sheer emotion his work conveys. Drawing upon nostalgic synth and drum work, ‘Mnemonic’ infiltrates the nervous system, directly injecting a sense of serenity and warmth into the mind. Taken from the Light Leaks EP, the track is a just choice to help mark the 10 release milestone for Narratives.

Critical’s digital-only Binary series may have been a little hit and miss in the past, but the sixth and latest edition from Slovakian, Subtension, marks a solid upturn. Highlight ‘Fairlady’ ventures into the high-energy-slow-pace territory of label mates, Ivy Lab. Clinical top-end bleeps and vocals cut through the sleazy bassline, like the few complimentary salad leaves added to a truck-stop burger to keep you from having a heart attack.

A few years ago, Anile seemed like one of the most promising talents on the scene; which is why it was slightly disappointing when he somewhat dropped off of the radar. Thankfully the London-based producer has made a grand return to form, with his new 13-track Perspective LP for Med School. ‘Between The Sides’ is a classic piece of MC-driven drum & bass. The simple low-slung stepper gives Inja room to breathe, whilst still emphasising the rapper’s cut-throat bars.

One of eight exclusive new tracks from Liquid V’s Summer Vibes: Drum & Bass compilation, ‘Red Sky At Night’ finds Dave Owen doing what he does best: crafting silky smooth liquid. Based around a string section that brings back memories of S.P.Y.‘s classic ‘By Your Side’, the track is simple yet effective; a easy going rhythm given depth by orchestral tones. ‘Red Sky At Night’ certainly conjures up those summer vibes the label was looking for.

Calibre – Dream Of You [Soul:r]

Adding yet more superb work to his heaving archive, Calibre submits his contribution to Soul:r’s Fourfit series. Although a solid effort across the board, ‘Dream Of You’ stands out particularly. Taking a slow skank through a dubbed out wonderland, the track consists of all the usual delay-dowsed samples, but arranged by the deft hand of Calibre they feel reinvigorated. With the rest of the EP having a similar edge to it (if not quite as obvious), it’ll be intriguing to see if this becomes a regular sound for the Northern Irish producer.

Alix Perez continues his hip hop/juke crossover explorations with the 4-track Shades EP, a full collaborative effort with Portland’s Eprom. Rolling in around the 160bpm mark, ‘Chiron’ plods along in its head-stomping boots, dominated by a bassline that sounds like somebody didn’t push the Aux cable all the way in. Although quite short – as seems typical of the style – the track displays healthy progression throughout, taking absolutely no prisoners until the last.

It may be the unending waves of crashing breaks that draw most attention in ‘Move Your Body’, however the beauty of the track lies elsewhere. Delicate keys add a touch of serenity to the piece, even at its most chaotic, allowing space and silence to exist amongst the fury. A mixed bag stylistically, Soul Intent’s Wanna Fight EP offers no prouder moment than this, as the producer takes us back to the early days of drum & bass, and proves why strong foundations make for a solid future.

Nobody does ominous like the artists of CX:Digital, and new additions to the roster, Mystic State and Perverse, are sticklers for tradition it seems. Faces will be locked to the floor, as the pair team up for this throbbing voodoo ritual; introduced by a faded vocal, ‘Spirituality’ grows ever-more intense, as entrancing tribal percussion is stacked high. It’s the second drop that really digs its heels in however, as an oppressive low-end swarms in, casting a pitch-black shadow over the track. (Note: the version of this track being sold online has the wrong title. It is under Mystic State – ‘Lost Cause’, as the track names have been switched.)

Despite founding Cosmic Bridge, Torchlight Vol. 1 marks the first time Om Unit has dropped a full solo EP via the imprint. As expected, the head honcho doesn’t disappoint. Junglistic cut ‘Spiritwerk’ packs the rapid percussion and obtuse bass that has become the backbone of juke. Kicked into action by a roof-raising vocal, the track sees Om Unit return to a slower pace, and score yet another triumph to a genre he has made his own.

An undisputed classic in honour of our alliance with Mr. Ed Rush this month. An exceptional moment for Nico‘s seminal No U-Turn label, this 1996 offering is 9-minutes of menace. Boymerang switches up the rather abrupt original, adding in his own personal break, and unleashing a gully killer to slice ‘n’ dice with twisted blades of bass. If you know, enjoy, if you don’t, prepare to be educated. 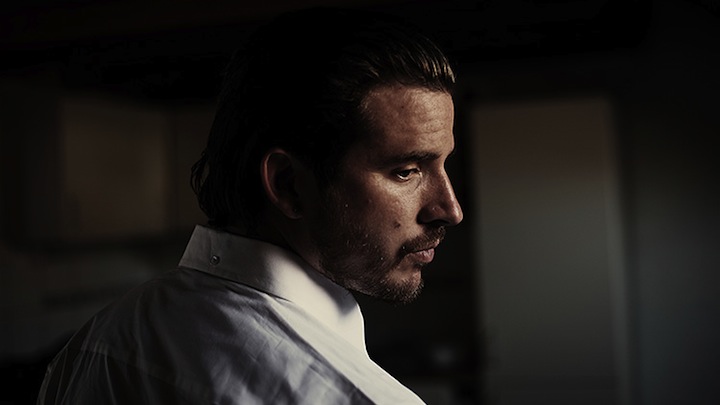