“I’m just about to start the party,” exclaims Luciano, down a noisy phone-line to Data Transmission. We’ve caught a precious 10-minutes with the Swiss-Chilean techno whizz just before he goes on stage at Destino Ibiza; and whilst he’s eager to answer our questions, it’s clear Luciano is hesitant not to be late for his adoring fans. We don’t blame him. It’s easy to let fame go to your head and neglect the very people who held you aloft in the first place; but Luciano would never let that happen. “To see there’s still people that have interest in what you do, it keeps you alive,” he stresses. “I am alive thanks to the people, and I am alive thanks to the consumer, the people that work around the music, they’re what’s made me who I am today and what gives me the power to go on.”

And go on he will. With a career spanning over a decade and a half, Luciano has built up quite the following, wracking up notable feats such as three albums, a fabric compilation mix, a record label – Cadenza – which has just hit the 100 release milestone, and four wins (and a further five nominations) at the DJ Awards. There’s just no stopping him. He’s a bona fide star; yet Luciano keeps his feet firmly on the ground. He sees how dance music is changing, and understands the dangers. Take his current location for example: the White Isle, the summer home of house and techno, and huge industry moneymaker. “I think Ibiza is changing very quickly,” explains Luciano. “I’ve been here for a long time and I think it’s been changing for positive and negative. What I see now on the island, is that there is so many parties we call ‘underground’, but of course it’s not underground! It’s become the commercial side of the island. Before, we used to hang out, everybody in the same place, everybody knew each other; now it’s like the island is so divided … sometimes I have the feeling that we’ll end up breaking what we most love.”

With his Vagabundos party returning for yet another season – this time taking over the Terrace at Space Ibiza every Sunday – Luciano has made an extra effort to make sure his parties focus on the music, rather than the “glitter.” He’s excited to work with a new club, and tells us how he changed the entire sound system to better the experience. “We have our own sound design and we really pushed it further,” he adds.

This focus on quality is spread across Luciano’s career. Cadenza’s 100th release in March was a celebratory time for him; following encouragement from his sister – who handles the label’s graphic design – Luciano cooked up the whopping, 14-minute ‘Grace Of An Art’, to mark the occasion. However, he’s already looking ahead, and planning changes for the label. “We are now concentrating on coming back to the label, and bringing absolutely incredible music. We’ve been busy and kind of lost… not lost… but we’ve [had] a lot of responsibilities and the label was sort of put on the side,” he admits. “We realised we’re not passionate about issues and administration, we’re passionate about music, and this year we’re taking it back to that! There’s a release now coming from JAW and myself that we did together. I think it’s a big tune and it’ll mark the coming back of Cadenza.”

There is one thing that takes precedent over Luciano’s love of music though: his family. A father of four, he feels the pressure of balancing home-life with being a highly sought after artist. “Before I was the age that I am today, I would say it was easier,” he ponders. “Now with the age, it becomes more difficult. Whenever I go on [stage] I try to give one hundred percent of myself, but on the other side it’s extremely difficult, I have a big family and a lot of responsibilities. For me, priority means family, and if I keep them happy and fine then I’ll be a better man.”

With that in mind, Luciano has begun to reduce the number of gigs he plays. “I’d rather do one or two gigs in a week, instead of taking all the opportunities, but out of say five gigs, doing three shit gigs and making people disappointed,” he says. The move is designed purely to increase Luciano’s family time, however, his fans may actually reap the rewards too. As we probe into Luciano’s production methods, which traditionally centred around real instruments, he confesses that the busy Ibiza season has left him lacking time to practice. Although the producer has also recently transitioned towards modular synthesis (and we’re not complaining), we do hope his reduced touring will allow time for his highly musical sensibilities to flourish once again in the future. And hey, if it makes him happy, that surely can’t be a bad thing, right?

Luciano is set to headline this year’s Mint Festival, alongside his old pal, Ricardo Villalobos, Jamie Jones, Sven Väth and more. The event takes place at Wetherby Racecourse in Leeds on 19th and 20th of September. Tickets are available below:

To buy tickets for this event please visit the events page: Mint Festival – 2015 tickets from Skiddle. 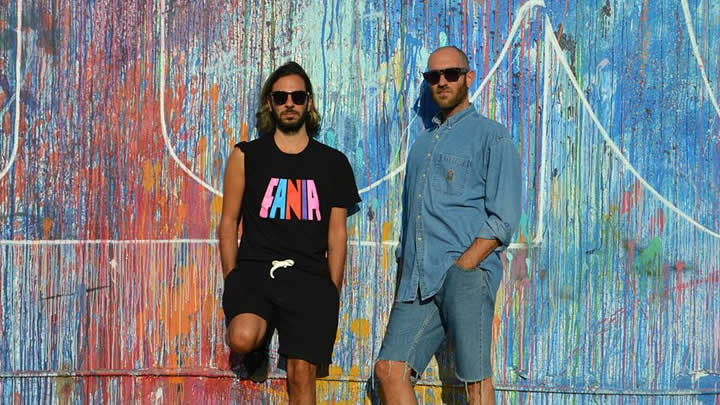