Sonar’s 22nd annual edition cemented its position as Europe’s top dance music festival. Frankly, apart from ADE (Amsterdam Dance Event), there’s no rival that could actually beat Sonar’s outstanding line-up. What’s more, Barcelona is the perfect playground for the festival which takes over the entire city for a whole week, turning it into Europe’s dance music capital. Going to Sonar is not just about constant partying, it’s also about diving into Barcelona’s unique vibe, laying on the beach, eating paella and sipping sangria. As usual, the abundance of parties calls for some hard choices, which can be very tempting for the first-timers, ultimately resulting in total physical exhaustion. Still, a more moderate approach can bring a great mixture of relaxation and revelry.

In 2015 Sonar remained true to its success recipe, which consists of booking A-list names, underground legends and up-and-comers. And guess what? It worked once again. The line-up was as good as it could get with The Chemical Brothers, Duran Duran, Roisin Murphy, Hot Chip, Seth Troxler, Autechre, Laurent Garnier, Tiga, Jamie Jones, Maya Jane Coles, Erol Alkan, Henrik Schwarz, Scuba, DJ Tennis, J.E.T.S., Kasper Bjorke just a small fraction of the names that made an appearance at this years edition. Naturally, as a part of Sonar’s festival formula, there were a couple of ‘mainstream names’ including the likes of Skrillex, FKA Twigs, Die Antwoord and A$AP Rocky. Keeping in mind that Sonar has a by-day and a by-night programmes and that the cornucopia of label showcases offers all kinds of parties going on in Barcelona simultaneously, it is really hard to make it to all the gigs you want to see. Although some of the best live performances were actually at Sonar by Day, I decided to skip it entirely, because my experience shows that attending all the cool parties is practically unattainable. My Sonar agenda started with No. 19 Music’s Social Experiment, which is traditionally one of the best off week parties you can go to. Just like last year, Parc del Forum accommodated the massive event that featured the likes of The Martinez Brothers, Radioslave, Nitin, Maher Daniel, Louie Fresco and the newly-split Art Department As expected this was indeed one of the best parties I would go to in Barcelona this year. Not just because of the great line-up, but also because the location is mesmerizing, chiefly thanks to an awesome sea view. Apart from the good music, the crowd at Social Experiment is always radiant and fills the entire place with good vibes to an extent where the atmosphere pulls your strings like a puppeteer and is totally blameworthy for your sore muscles the next morning.

Full disclosure: I am a huge Art Department fan. Thus when I heard they’d split it hit me harder than most, particularly in light of the fact that I have had an utterly terrible run of luck when it comes to seeing them live at festivals. I’ve missed them a total of three times at different venues for all the wrong reasons. The first time was at the 2011 edition of Reworks Festival in Thessaloniki, I ended up missing the entire festival. The second time was at Exit Festival in 2012, when they missed their flight and didn’t make it to the Petrovaradin Fortress. The third time was at Social Experiment in 2014, when in an attempt to catch Massive Attack at Sonar I ultimately missed both performances. This year I bought my ticket well in advance, but who would have thought that the twosome would become a solo act just a couple of months ahead of this party? Still, it was a great chance to see what sonic perspectives Kenny Glasgow and Jonny White have as solo artists. I had a feeling that Kenny would opt for a sound that is more on the tech-side, while Jonny will continue his house artistic quest. It turned out I was right. In addition to the closing sets of Kenny and Jonny, the other highlights of the event were Radioslave’s monstrous techno set and the Martinez Brothers’ trademark groovy mix.

On Friday I headed to the Fira Gran Via L’Hospitalet, eager to lose myself in one of the best festival crowds ever. After the electrifying live performance of Hot Chip, I enjoyed Tiga’s live set that included his own live vocals. This was probably one of the best things that happened at Sonar Festival in 2015. Not only is Tiga is among the most interesting and talented electro producers, but he’s also great fun to see live. His performance was impeccable, but he sweetened it even more with his witty comments between the songs, the highlight being when the Canadian electro-warlock announced that he was going to perform a brand new song that he had made the night before. As the crowd was getting impatient to hear his brand new song, the main theme from Sunglasses at Night kicked in and got the entire SonarLab singing along.

Maya Jane Coles took over the SonarLab after Tiga and much to my surprise she played driving techno set more akin to her work under her Nocturnal Sunshine alias than her ‘traditional’ house infused fare. What came next in the SonarPub was perhaps the best techno mix I have listened to for a long, long time. Daniel Avery exceeded my lofty expectations both for his set and the first night of Sonar Festival, dropping a ton of the edgiest techno beats, showcasing the genre in it purest contemporary form. The closing gig of Sonar’s Friday instalment was then delivered by DJ Tennis, who not to be outdone absolutely blew me away with his spacious slow-mo psychedelic techno.

The closing night of Sonar offered the most anticipated gigs, to be precise – The Chemical Brothers and Duran Duran. SonarClub was the hall to be in on Saturday, because all the best gigs were hosted there through the entire night. Starting with Duran Duran and Erol Alkan, before housing the talents of The Chemical Brothers, Scuba and Adam Beyer. Just like Daniel Avery’s outstanding performance the night before, Erol Alkan was simply extraordinary. I’ve always thought that when it comes to DJing that the technical skills on show should be a secondary attraction to track selection and Erol Alkan’s curation of music was nothing short of exemplary.. As he finished his set, festival-goers flocked to the SonarClub, eager to see the Chemical Brothers live. I have never seen any Sonar hall as packed as the SonarClub was for this performance. The other three halls were literally deserted for 90 minutes, because everyone wanted to see the UK duo. And indeed it was worth it. The Chemical Brothers showcased their forthcoming eighth album Born in the Echoes at Sonar 2015. The live set was accompanied by visuals that were so hallucinogenic that those in attendance will no doubt be talking about them for a considerable time. Scuba stepped behind the decks right after the legendary pairing and with the SonarClub shaking from excitement he played a trademark set, jam packed with ferocious percussion. The Hoftlush chief brought his A-game to Fia Gran Via, setting the mood just right for the closing set of Laurent Garnier – an artist that has single-handedly redefined our conception of electronic music. The fun part of listening to Monsieur Garnier is that you never know what to expect. He could play anything from drum n bass to house, techno or even electro. There are very few people that would dare to close a festival such as Sonar with Knights of the Jaguar by Aztec Mystic and make the crowd ecstatic. From Berghain to Barcelona, you can always rely on Laurent to play some of the finest house music you’re ever likely to hear.

On Sunday I opted for Social Music City’s event that featured a line-up that is hard to match: DJ Koze, Recondite, Marcel Dettman, Tale of Us and Maceo Plex. Sometimes things just feel right and this was a perfect example. There was no boredom, not even for a second, at this party, because the party’s roster made sure everyone was having a good time. Avant-garde techno producer Recondite played a stupefying live set, punctuated by a stunning rendition of his masterpiece Iffy. When the music suddenly became Italian, things got even better, because Tale of Us had just stepped in. When you go to a Tale of Us gig, you always know what to expect and you always get it – their trademark raw, yet emotional, techno, accompanied by mind-blowing visuals. Man of the moment Maceo Plex closed the party with a DJ set that should be listed in dance music encyclopedias someday. The American showcasing where he’s headed artistically and trust me, it’s a place you want to go. Only recently he announced that he’ll be release a new album in the not too distant future, named after his newborn son Solar and on this evidence I can’t wait to see what he has up his sleeve. Maceo Plex closed his DJ set with his collaboration with Gabriel Ananda – Solitary Daze – a track that continues to give me goosebumps and sends listeners conciousness straight to outer space.

The bottom line is that once again I had lots of fun and experienced sheer joy that only a music junkie could comprehend. Sonar has once again raised the bar, making it even harder for its competition to catch up. I can’t wait to see what the festival will come up with next year. For now the only thing that’s left for me is to count down the days to the next festival so that I can once again overdose on good music, dancing and positive vibes. 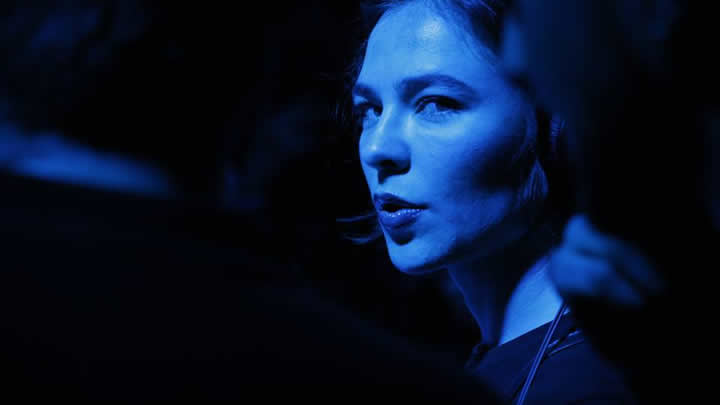