Dentist, journalist, singer, DJ, producer and now label boss: Nina Kraviz has an impressive CV – but then, has worked for far longer than you may have realised to create it. “I’ve been playing for quite a long time” she tells Data Transmission, her soft Russian accent the only giveaway that English isn’t her native tongue. “I’ve operated within many different genres as I’ve been through different artistic phases over the course of my career. Acid, techno, even electro. I also had a disco stage and I was a funk DJ for two years. Sometimes I’d grab a mic and sing live; I’ve experimented a lot in order to hone my sound over the years.”

Kraviz introduced herself to the international community at large via a stint at Red Bull’s much coveted Music Academy, securing a place at the Melbourne edition after visa problems prevented her accepting an invitation to the Academy’s previous incarnation in Seattle. A series of impressive releases for some of electronic music’s most influential labels followed, with a host of tastemakers championing her work as her debut album landed on Rekids to critical acclaim. “I was releasing music on lots of really respected labels and that was a great experience” she recalls. “I joined Jus Ed’s Underground Quality family with house music and then released a 2 track 12-inch on Rekids that showed a more dancefloor orientated side of mine and me as a song-writer. Those two records opened up very different doors and introduced me to a whole new audience, but my defining sound always felt kind of separate. I always had my own vision.”

Nina is one of those DJs that we all feel like we know personally, perhaps because her sound is such a defined and emotive one, her performances seeing her make a connection with her audience like few of her contemporaries as she shares her passion for showcasing music that she loves. Thus, the decision to to take the next step in her musical career and launch a record label of her own seems a logical one, presenting her with a new opportunity to express herself, unburdened by the expectations of others. “I’ve always been a little bit of an outsider sonically” she says. Wishing to shine a spotlight on the sound that has become synonymous with her as an artist and satisfy a burning desire to foster emerging talent, for Nina the launch of трип was in many ways inevitable. “I have a very specific sound and when I dig for records, I know exactly what I am looking for” she explains.“It’s not linked to genre that much, it’s all about the texture, the feeling on it, the energy around it. It’s not obvious, it’s very subtle and has to have a very special vibe to it. That’s the definition of the music that I like.”

“I’ve always been very dedicated to representing who I am and I want трип to be an extension of that” she continues. “It has been a very long musical path I have travelled to get to where I am now. It was a long journey but no matter where I’ve played, be it a small venue or big festival I’ve always been true to myself, pushing my vision, my sound.”

On this endeavour though, she’s not alone with her new label already seeing her assemble a formidable roster of artists despite it being on only its second release. “I thought it was time for me to start my own family. I reached out to a lot of people who are very special to me, some of whom I have been following since I was a teenager, artists like Steve Stoll and Exos. It’s an honour to have them as part of my project.”

Mixing the contemporary with the classic, трип is nothing if not innovative with the imprints opening gambit ‘The Deviant Octopus’ showcasing the burgeoning outpost’s conceptual nature as works from the aforementioned Terrence Dixon and Steve Stoll rub shoulders with material from emerging talents Parrish Smith and Bjarki. Visualised by label affiliated artist Tombo following a dream Kraviz had wherein “an octopus appeared and devoured everyone in sight” the ‘The Deviant Octopus’ announced the arrival of the label with a bang, revealing itself to be the soundtrack of a ‘trip’ Kraviz had undergone within her imagination. So far both of her imprints opening releases have started life this way. “It’s like a film,” she asserts. “I can see it. I then get Tombo to illustrate the concept for me and following that assemble the music to complete the story. It’s not really accurate to describe ‘The Deviant Octopus’ or ‘De Niro Is Concerned’ as compilations. They are conceptual soundtracks.”

Inspired by a dream sequence conjured up within her mind wherein she envisaged actor Robert De Niro awakening in pain in the middle of the night, ‘De Niro Is Concerned’ soundtracks a scene in which the star has a late night epiphany and decides to pack his bags, leaving the hills of Hollywood for pastures new. Again Tombo was on hand to supply a visualisation. Featuring a modular cut recorded in Reykjavik earlier in the year in collaboration with Exos, the vinyl edition of the release also features a reissue of a self titled cut from Barcode Population, which gives the wax version of the extended EP a special significance. “There is one very special record in my collection that sounds like nothing else. It’s by ‘The Mind Drum’ and was released via little known English label Subvert Records. I played it on my Boiler Room show and a couple of months later someone left a package for me at Hardwax. I picked it up and didn’t really open it until I moved apartment six months later. When I opened it, there was a letter from a friend of The Mind Drum saying that he was surprised to hear me playing the record and he thought I might like some others too. Within the package there was this Barcode Population record, which is just amazing. It quickly became my most played record and crowds go crazy every time I play it. I had to re-release this track. It is exactly that type of trippy, going nowhere aura type of music that I want to have around my label.”

Fans of the track can expect to hear plenty more of the mysterious Barcode Population with Nina confirming that трип have already signed a host of tracks from the producer to release over the coming months. “He’s given me four more unreleased tracks to release” she smiles. “A few of them them are very fast and I don’t expect everyone to initially ‘get’ them but they are going to be out on трип later this year.”

With her label now firmly established we enquired as to whether a solo LP is on the horizon. “From me? You’ll have to wait and see about that,” she stated, before adding excitedly “трип does have an album in the works, Terrence Dixon is working on a full studio effort for the label. It’s a very exciting time for me. When a label starts out, it has the energy of the beginner. It has a desire to be the one. That creative spark. Raw enthusiasm and wonder. It’s like the first glance shared by two people that fall in love. It’s a powerful thing.”

Not lucky enough to have caught her in Edinburgh?  Fear not, you can still catch Nina doing her thing this summer as she takes to the decks alongside the likes of James Holden, Jon Hopkins and Rødhåd at this year’s edition of Dour Festival which runs from July 15-19th.

Boddika: “I wonder if anyone actually gives a f*** about the underground anymore…”
Reiss Bruin April 12, 2017 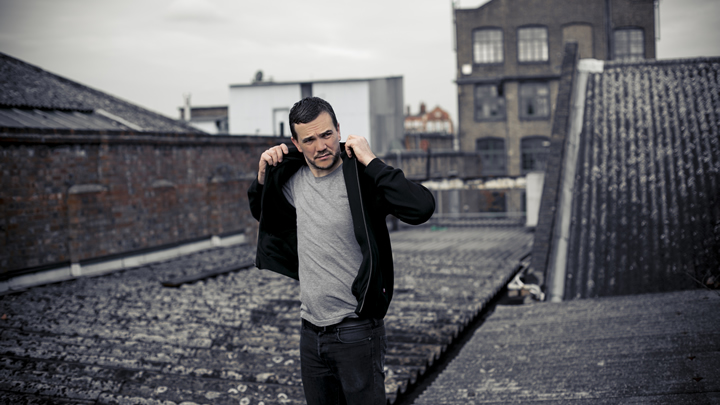