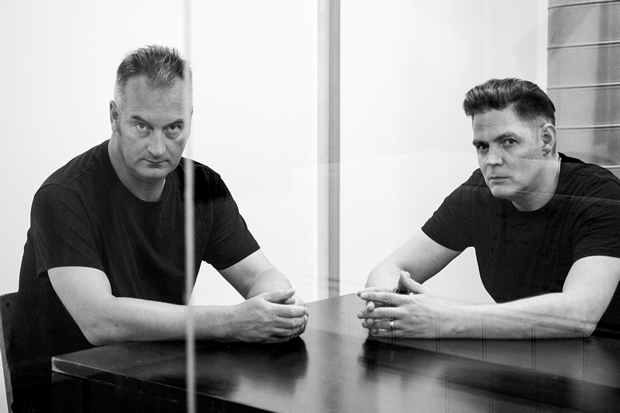 There are a few names in electronic music that need no introduction and Scottish duo’ Slam are certainly one of them. Thus you can imagine our excitement when the pairing announced that they’d be dropping a new LP entitled ‘Reverse Proceed’ on us via their own Soma Records imprint.

The album is the Glaswegians’ first for seven years, offering both a range of both club-orientated and more ambient work to showcase their versatility. Key figures within their home town, Slam have also become important players in London and further afield. Their label Soma has been orchestral in developing the scene around them too, recently marking its 400th release. So with their latest musical endeavour, out now, we thought we’d pull up a chair with to with Stuart McMillan to talk all things Slam.

Soma celebrated it’s 400th release earlier this year, what are your standout tracks from the label and do you still have any in circulation?

Well there’s so many, and it changes from year to year but at the moment we’d have to say the original ‘Dark Manoeuvres’ by Envoy. Obviously ‘Positive Education’ would have to be there as it was the first track which we made which felt like an accomplishment, the fact that it’s around people are still playing it makes it feel timeless. When we were putting the record together, it was probably one of the quickest tracks we’ve put together, the initial idea came together in about 20 minutes! But then it was this situation where in the studio, everything we did… hit the right button, and it came together quickly. We took about 2 weeks getting everything right on it, and it paid off as it stands strong with modern production.

Which is definitely important when putting out any type of music.

It’s definitely one we are most proud of. It’s a benchmark to everything we do. I can’t explain exactly why it’s still around by pin pointing exactly what it is that makes the track so special!

So you’ve been in the game for a quarter of a century. How do you feel that the other half of Slam (Orde Meikle) influences you regarding work ethic and ideas?

I think we’re kind of… we’re a team for sure. That’s a difficult question! It’s a really good thing to have first and foremost, to have someone to share ideas with and sharing a vision with as sometimes one may get carried away and the other one will pull them back and two heads are definitely better than one. You have reassurance. Orde is an honest guy, he doesn’t mince his words and it’s good to have that honesty. We’re both like that. We bring fresh ideas to the table between us. It helps steer the direction when we’re trying to put something together, it definitely is a major strength. We’re both quite similar when it comes to taste too, we’re not a million miles apart musically, we have always had a strong vision on where we should take things musically. Certainly in the studio.

Have you had any major clashes, either while playing or in the studio?

On a weekly basis! [Laughs] It’s apart of it, we’re like brothers, we clash but nothing ever serious! It’s always worked out amicably and not got physical quite yet [laughs]. We have a four deck set up going at the moment, we play back to back, and we still get upset if the other one plays a brand spanking new Soma release or something that the other one wanted to play, it’s like ‘I wanted to play that!’ which is just healthy rivalry and shows that we’re both passionate about it!

Albums are a great way of exploring things which can’t necessarily shared in other formats, have you decided to include things which you have been dying to share for ages?

Well we’ve been thinking about the album for about 5 years and we really needed to find the right method in which to do it. We knew we wanted to use more hardware, we didn’t want to make an album using a computer, we wanted to use the computer in the post production but we didn’t want it in the writing process. We wanted something that would inspire us to make music. We found this sequential Cirklon sequencer which was made by this guy in Paisley, minutes down the road. 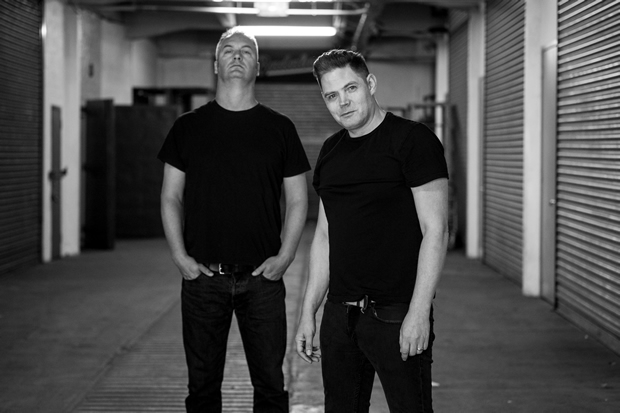 Is that where Cirklon Bells came from?

Yeah, the idea for this album was to use this sequencer in every track, have a sequence for every track and have them somehow tell a story. An album isn’t just a series of 12”s, it’s an opportunity for you to become more creative. To show a different part of you or your personality which you might not see on a 12”. Really the idea of the album being a journey building up comes from our DJ sets. We’ve held residencies since we started parties and when we DJ we start with ambient tracks, particularly in fabric, where we’re lucky enough to do a 4-5 hour set, we start really deep and we build to techno and that as a DJ is a warming thing to do. So we really wanted to show that side in the album.

After listening to the album I felt that the first half really complements the second half, they lead very well into each other.

Yeah that was the hardest thing [laughing] because it would have been easier for us to make it all club or all ambient, but that was the challenge in itself. We wanted to have the club moments but we wanted to make it work as an album. There were a couple tracks in the middle of the album which were difficult. Around the ‘Ghosts of Detroit’ track was what helped with that transition.

It’s definitely evident when that transition occurs. What song in the album did you enjoy making the most?

The ‘Reverse Proceed’ track was the first track we used the modular synth on. We just hit something after working on it for about an hour. We just thought ‘Hey, this is working great’. It just seemed to live and breath that track, it had a life of its own. That was the track that we wrote that really stamped the signature sound of the album. When we made that track we sort of knew what we were going to do for the rest of it. Although its the third track of the album, we didn’t write it as ‘First track, second track…’ that was the first song we had written and we knew it would be the second or third track. ‘Pattern A3’ as well, because its essentially a live jam, it was a real fun track. The album itself took about 2 or 3 months. A bit of warp down period  where we booked everything off, phones off and locked ourselves in the studio and we were completely immersed in it. We were trying to do it on our normal working schedule, but we couldn’t fit it in and it wasn’t practical. We had to do it this way. 2 months off turned to 3 and it was nice to focus on one particular thing.

Since the completion of the album do you plan on taking a break from the studio?

The thing we did with this album is that we produced about 3 times the amount of tracks we needed! It could have been a quadruple album! Finishing this album has inspired us to go on and make more music and now it’s finding where that music is going to come out. We have a bit of a backlog of music. We just wanted each track to fit in exactly in the album, but we’ve made plenty of good tracks which would sound great without the context of an album. We’re always getting together and tinkering away, it’s something we do as part of being a DJ and a music lover.

‘Reverse Proceed’ is out now on Soma Records whilst you can catch Slam playing a live set at the mighty fabric, later this month for a room 2 take over. November 29th is the date to remember.

Processing…
Success! You're on the list.
Whoops! There was an error and we couldn't process your subscription. Please reload the page and try again.