Sasha: On a Last Night on Earth

When it comes to Sasha there is no need for any introduction. Sasha was a key figurehead in pioneering the early rave scene in the UK. He began his career championing the Acid House sound of the late 1980s. His legendary partnership with John Digweed is still as talked about today as it was back then, as well as spreading Acid House internationally, Sasha has also worked with some of the biggest artists of our generation, Madonna and the Chemical Brothers just to name a few. Sasha has been able to consistently push his signature sound to audiences around the world and is a regular selector at prestigious venues such as Space in Ibiza and Ministry of Sound in London, Sasha has always been able to work a crowd, knowledgeable or young it doesn’t really matter, his experience and now how of the dance floor is the exact reason he remains one of the most respected DJ’s in the dance music circuit.

There are many different topics to talk to a DJ that has been in the game as long as Sasha has. We got the chance to discuss his label Last Night on Earth and Camp Bestival.  As well as busy tour schedule, Sasha has been releasing material by some of dance music’s most prolific talents, such as Fur Coat, Tim Green, La Fleur and Alan Fitzpatrick.  Coming up towards the fifth year anniversary we thought it was only fitting to discuss the label in detail. We managed to get hold of Sasha in Ibiza for a quick chat to find out more.

I know that the anniversary of your label is coming up soon. Can you talk about the labels concept and why you started a label?

Sasha: Initially the label was started in order to start releasing my own music and to create a release schedule I wanted to release music that I thought was interesting.

Whilst following your label I noticed a melodic element, the kind that you have been associated with particularly within your DJ sets

Sasha: I guess I am always drawn to that melodic element and I do see where you are coming from, I never thought I was going to make a lot of money from this, but I wanted to put E.P’s out, so that you can get a real sense of what the artist is about, I was never interested in the one track tangent. Sometimes you can listen to the E.P and it’s often the 4th track of the E.P, which is more ambient for example that I like the most.

I understand that the label has a particular artistic element attached to it, is the artwork an important part of the label?

Sasha: Yes the artwork is particularly important to the label, we have had an amazing artist called Suzie design our artwork for us. Initially this was only meant to be for the first 8 vinyl releases. The artwork is beautiful and complex. When actually looking back at the initial artwork we rediscovered different elements and patterns that we have continued to use on releases.

I just want to discuss the digital age and how it has impacted your label, has it helped you in terms of discovering new artists? Or has it been a struggle because there is so much information out there?

Sasha: Well the digital age is an unstoppable force and it has been hard, it is an information overload sometimes and it’s often hard to get your artists noticed. What we have tried to do is to get some of the artists work remixed by more well known DJs, producers to gain more exposure. It has definitely become easier to discover artists, if my team is watching a DJ in a warehouse in East London for example, they can say hey this DJ was amazing last night and I can quickly go online and listen to a track, unlike before where you would have to take trips to record shops

Has the label differed how you play? Do you always try and include some of your releases in your sets?

It hasn’t really differed in the way that I play, but what comes with owning a label is the exclusive right to the artist’s material. I can now play tracks from my label that only I have access too.

I know you are playing at Camp Bestival this summer on the Rob Da Bank stage, How are you feeling coming up to this?

Sasha: I am really looking forward to this, Camp Bestival differs from other festivals as it is also a family event, I can bring my children down and there is lots going on that caters for everyone, it should be really good.

What do you have planned for the future? In terms of any gigs or future projects.

Sasha: I’m really looking forward to playing at South West Four Festival in August where i’m heading the ANTS stage with Nicole Moudaber, Davide Squillace, then in September I’m at the Social Festival in Maidstone,  that should be amazing as i’m playing back to back with John and I am actually releasing a number of my own tracks that are more club orientated.

Sasha plays at Camp Bestival this Weekend from Thursday 28th to Sunday 31st July, South West Four which runs from Saturday 28th August – Sunday 29th August and The Social Festival in Maidstone on 9th & 10th September. For more information on Last Night on Earth head to their facebook or Soundcloud. 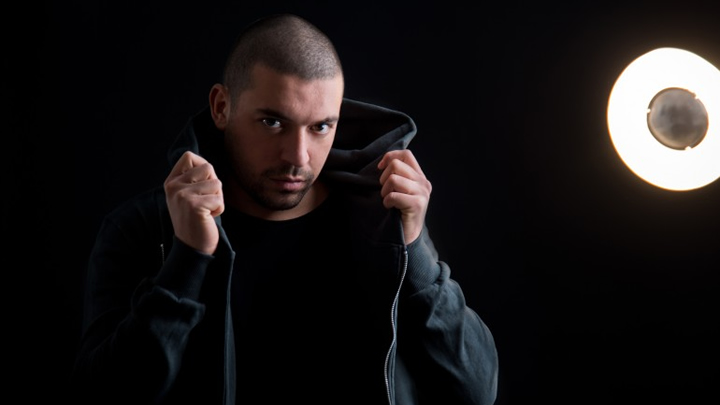