When we lumped British producer Weiss into the ‘New Talent’ category we admitted it was a bit of a strange call. On the one hand, he was undoubtedly deserving of his place in the section, not least because his debut outings, ”Weiss City Volume 1” and the similarly dizzyingly eclectic ”Weiss City Volume 2”. On the other hand, however, he’s wasn’t strictly a newcomer, as we found out recently when we caught up with him to talk about his relationship with Toolroom, the label that’s played host to the aforementioned releases and now has entrusted him with helming the opening edition of their hotly anticipated Toolroom Live series.

So with the new mix compilation about to land we caught up with Weiss so he could talk us through his selections on the album. Check out his thoughts below.

“Toolroom Live 01’ is out on Monday, so I thought I’d give the guys at Data Transmission an exclusive tour of my mix on the compilation and how this relates to my role in Toolroom’s #RESET campaign.

I had all this in mind when I was selecting my tracks and mixing my part of ‘Toolroom Live 01’. I like to say that the music I produce is house music with balls. It’s very chunky and chopped up, sample based with a fat groove. Growing up from the age of 6/7, I would listen to Motown due to my mum playing it all the time and a lot of old Disco was played in my house so a lot of these influences are within my music. So, I didn’t want my mix to be a few tracks thrown together. It’s not about instant gratification; I want it to last the test of time, just like those old Motown records do.

I also wanted the mix to be what I represent in a club; so people that haven’t had the chance to come and see me will have the chance to listen to what I do. I wanted there to be a selection of undiscovered tracks that people might not necessarily play all the time; I hunted for these tracks for ages so I could choose the perfect ones. There are some really cool underground tracks in there like Tekla’s ‘Marvin’s Basement’ and Muntal’s ‘Krishna Templo’. But, my standout track of the whole mix has to be Hyenah’s ‘The Wish (Manoo Darkside Remix)’ – what a track! Every time I’ve dropped that track, even on my Asia tour just gone, DJs and fans were coming up to me saying, “Wow! What the hell is this?” I dropped it at We Are FSTVL for the first time and just thought, ‘This is everything I love about House!’ It’s just one of those gems so it had to go in the mix.

It was also nice to include my own exclusive track and remixes in my ‘Toolroom Live 01’ mix to really show the breadth of my productions. I posted a preview of ‘I Believe’ (my exclusive on the comp) a while ago on my Facebook page when I was working on it in the studio and the fans’ response even then was great. I’ve had loads of positive feedback about the track now that it’s due for release. It was also good to include my Tube & Berger and MK remixes to let people know who I’m remixing and who I’m working with. My main plan as Weiss is to release good quality house music from the soul and, for me to get that buzz, I want each track to be different. So, ‘I Believe’ is a little darker, but if you listen to my MK ‘Always’ remix, you’ll notice it’s on the happier side. For me, when it comes to producing, I don’t want it to get stagnant, so each track will always be different.

I hope you enjoy my ‘Toolroom Live 01’ mix and discover some new gems on there. I want this mix to stand the test of time. In ten years’ time, I hope you find the mp3 hidden away on an old hard drive or you find the CD at the back of a cupboard, and it still sounds as fresh as it does today.”

Interviewing Steve ‘Disco’ Newsome about being a Twitch DJ 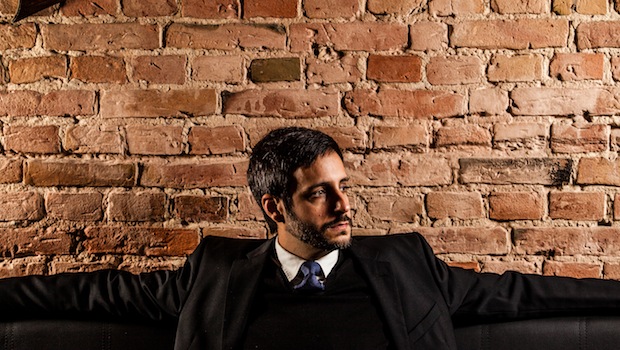