When a weekend is hyped up as much as last weekend’s RBMA Tour – the Bristol stretch – there isn’t much leeway in terms of the quality expected. And with that much high quality entertainment and unique events crammed into one weekend it becomes difficult to maintain that high level of intensity that would normally be expected. As was such last weekend.

The weekend kicked off early with Thursday’s Seth Troxler hat trick, as The Canteen sat down to a talk. Despite a brief distraction as one of Stokes Croft’s colourful locals vogued in the broken billboard across the road dressed in a sequined mini-dress; the crowd stayed tuned in as the conversation bounced between the two as they talked about Seth’s journey into partying as a young man, keeping it real in the face of global notoriety, his passion for food and his restaurant Smokey Tails.

As the talk came to an end everyone spilled over to The Love Inn for their own taste of what Seth had cooking. The food itself was something worth coming out for alone, as he cooked up family recipes passed on from his father alongside Stovemonkey Smokehouse’s own Brendan Baker. From the pulled pork to the sweet ribs every mouthful was delicious, even if the chicken wings were a little spicy for my liking. If you ever find yourself in the Hackney Wick area make sure you keep an eye out the place because once the restaurant has opened its definitely not something you want to miss out on.

The Love Inn then had it’s very own Red Bull makeover, with the bulls shining pride and glory above the turntables, and after a quick turn around and round of applause for Seth’s cooking the night kicked off. What with tickets having sold out and only forty remaining on the door the queue backed up along Stokes Croft, the strict restrictions on numbers creating a perfect environment to get down without someone consistently knocking a drink out of your hand.

Seth himself admitting to being a little tired – understandably after having been cooking for the past four hours – but nevertheless he put on a stellar performance and the evening certainly lived up to expectations, with cracking warm up and finishing sets on the opening night setting the bar high for the rest of the weekend to come.

That was until Friday reared its ugly head with a crippling Red Bull hangover, and without warning 9pm rolled round. It was time to don our finest furs and head over to Kings Weston House for Crack’s Lords of the Manor party. With coaches arriving as early as 8pm and the party finishing at 2am we figured it was due an early kick off, unfortunately when we arrived despite a healthy turn out the atmosphere was particularly dry – aside from the handful of party animals that were already deafening the bar staff with demands for immediate service despite no queue. After a few tours of the Manor, a couple of gambles on the roulettes and a debate as to the authenticity of the portraits in the reception area – verdict, fake – the atmosphere grew into something a lot more inviting, with sets from Mumdance and The Square setting even higher standards for the night to follow.

By the time Danny Brown took to the main room the crowd was packed out, with classic cuts ‘Dip’ and ‘Dope Song’ seeing the room explode. Down the front an inflatable AK-47 bobbed up and down – serving as a unique motif for the rowdy but inclusive event that Red Bull had managed to organize; an impressive feat considering the juxtaposition between Danny Brown and The Square’s firey performances and the ornate nature of the venue.

Having dragged ourselves down to Idle Hands to catch the end of the RBMA Radio set the sun stayed out creating the perfect Stokes Croft afternoon, with great records blaring from the store and cans of Red Stripe in hand.

The weekend then ground to a halt as a quick power nap turned into a comatose state. Waking up at 10pm we attempted to pull the pieces of our caffeine saturated bodies together before realising that the ship had already sailed for arguably the biggest event of the weekend. Goat’s immersive, identity and possession-less show Sound of Surrender, at Circomedia.

According to every other bastard who didn’t make the mistake of missing out it was by far the best received event. Attendees were asked to leave their inhibitions and material objects at the door and were provided with beautifully designed robes, masks, and an explosive psychedelic performance that was described as “one of the best parties we’ve ever done” by Team Love’s Dave Harvey. Gutted doesn’t quite sum it up.

Sunday arrived, and feeling fully rejuvenated we arrived at the Arnolfini for Just Jack’s ‘Altered State’. With the audience having been promised the ability to “use their energy fields to steer a rigorous molecular physics simulation, and generate visualisations and soundscapes in real-time” there was a slight sense of disappointment when the only interactive aspect of the venue was a room off to the side, with what appeared to be a number of Xbox Kinects linked up to create real time images on the wall of any movement they picked up. Although this was an interesting addition to the night, the separation between the main room and this area saw the idea lose much of it’s full potential.

Regardless they pulled out all stops with the 90’s Acid-esque visuals projected on the giant canvas of the galleries walls, as the Just Jack guys and filled the room out alongside Italojohnson. As much as it pains me to say, despite enjoying the night DJ Koze did not live up to expectations, in what by his illustrious standards felt like quite a tame set that lacked diversity. Not that deterred from the interesting environment and brilliant crowd that gave it their all through until the bitter end.

The final night of the tour arrived, with a beautifully sunny day to accompany it. Unable to attend the once in a life-time event at the Planetarium with the legendary Lonnie Liston Smith and Gilles Peterson as they celebrated the 40th anniversary of Smith’s cosmic jazz album ‘Expansions’, I can only go by other’s reactions to having missed out on this opportunity. They say a picture tells a thousands words, but if I could give my left hand to hear the music that this picture tells then I would. Maybe in another lifetime.

After five days, eight venues and countless music legends the weekend came to an end. Despite some aspects not living up to quite what their early promise, the other elements completely made up for it, and although at times it was hard to forget that the weekend was based around an energy drink due to the jittery hands from slightly over caffeinated bodies; RBMA truly managed to create a weekend that offered up so much different from the norm. Watch out! Your city is next! 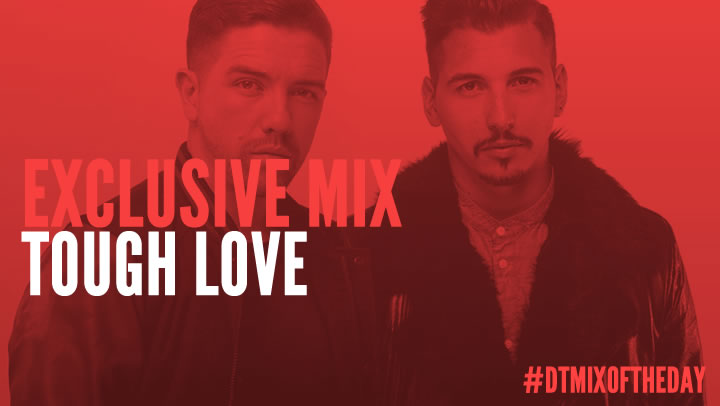