Survival Tracks is Data Transmission’s new weekly round-up feature, bringing you the very best tracks released this week, plus a slice of fried gold from the archives.

It may be not be clear skies outside today but that doesn’t mean it’s all doom and gloom, as I’m back once again with a selection of the finest in freshly cut drum & bass. Some of you may have noticed a little mistake in last week’s Survival Tracks as Djrum’s Samurai Red Seal 12” isn’t actually released yet. Those who went searching for it have my sincerest apologies (I was fed bad intel), however an alternative was provided by Kiev’s Physical Illusion, which you can check out here.

Perhaps the most exciting news this week came from the Narratives camp, which yesterday announced the mysterious Rhyming In Fives would return for the label’s 10th release. Not too much info on the EP yet, other than the title Light Leaks and an assurance that it’ll be “worth the wait”. Oh, of that I have no doubt! In other news, CX:Digital’s subterranean explorations are set to continue with an EP from Japanese unknown Shiken Hanzo. Having always pushed new producers with intriguing sounds, I’m predicting yet another triumph for the label with this one.

Anyway, that’s enough talk about what’s to come, this feature is all about the here and now. So, without further ado, I present this week’s Survival Tracks.

Although perhaps not quite as intense as its namesake – Peter Strickland’s award winning 2012 film Berberian Sound Studio – Seba’s latest work certainly has a sinister feel. Ominous lows pump away below jittering synths and eery echoes, each creeping and crawling down the spine like a cluster of ice cold spiders, fresh from the nest. An darkly obscure blend of dub and horror, ‘Berberian Sound’ invokes a state of voodoo trance, refusing to relinquish its grasp for even a split second.Altered States – Time feat. Sophia Wardman [Soul Deep Recordings]

“The night is ours,” ring the silky vocals of Sophia Wardman against the gently clinking keys of Manchester duo Altered States. There’s no doubt she’s correct. Wardman’s X Factor background is instantly forgiven as she slides perfectly into this liquid roller. Although not bringing anything new to the table in terms of concept or structure, Altered States do put together a beautiful little ditty, with each element neatly aligning to create a soothing flow.Dyl – Where Are You? [Urban Poetry]

It’s perfectly normal for music to be a part of life, however there are some songs that where life becomes music; ‘Where Are You?’ is one such song. Taken from Romanian producer Dyl’s new Unendlich EP for Urban Poetry, the track takes on attributes of the natural world, morphing into an organism in its own right. Fluttering imperfections bump into one another amongst a cascade of lush synths and ghostly vocals; the second wave of autonomic has arrived, and it is beautiful.Legion & Logam – Warehouse [New Playaz]

Whether this is chopped up, looped round chant was meant to charm snakes or drive men to the edge of madness is unknown, either way it’s incredibly addictive. Coupled with a classic, hollowed-out bassline, the sneaky step of ‘Warehouse’ becomes more of a bounce, adding energy to the mix without feeling over-the-top. The Atlanta-duo of Legion & Logam have set out to prove Stateside drum & bass isn’t all ‘roid rage EDM, and so far they’re succeeding.Ahmad – Intaference feat. Mental Forces & Kobra [Architecture Recordings]

Want to know what to expect of the debut LP from Ahmad? Well look no further than the title track. As expected of an album signed to Ink’s Architecture imprint, dub is the name of the game. Low and slow that is the tempo, etc. Relying almost solely on the kick and oppressive bass oscillations to move the track forward, Ahmad – along with label mates Mental Forces and Kobra – creates a claustrophobic headspace, where monsters lurk around every corner.Tried & Tested

One of those tracks that seemed to hover about for ages before actually seeing a release, this reworking of Mutt’s much-loved collaboration with vocalist Kevin King still divides opinion. There are those who deem the original untouchable, I am not one of them. Bringing in an unstoppably militant break, Gremlinz and Rene LaVice turn the track into a stone cold, dancefloor killer; a lesson in how to execute the perfect remix.

Tags
Previous Article
Win Killer Acapellas Vol. 4 from Loopmasters
Next Article
Free Download: Archie B Vs Whitney – Love Will Save The Day 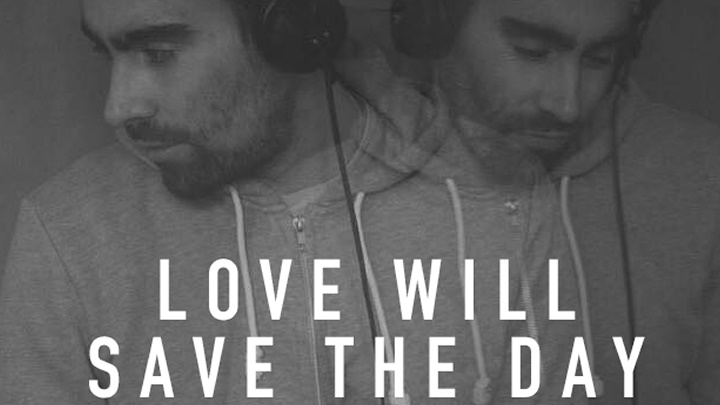 Free Download: Archie B Vs Whitney – Love Will Save The Day
Reiss Bruin February 17, 2015