It’s all go at the moment for veteran Belgian DJ Marco Bailey but then again it has been for the best part of the last 20 years. Releasing over 200 records on some of the scenes most respected labels whilst running his own MB Electronics imprint it’s fair to say that the inimitable Marco has no plans to slow down anytime soon.

With a globetrotting tour schedule seeing him touch down to spin discs in Amsterdam, Paris and Miami in the coming weeks we pinned down the irrepressible techno don to take a look back on his illustrious career and his hopes for the future. This is 5 steps with Marco Bailey.

I was totally not into nightlife at all when I was 18. At that point I was focusing on sport with Motorcross and cycling totally dominating my life. Then I had a bad fall in 1987 and everything changed. I had to give up on that dream and say goodbye to professional sport . So it could be said that music wasn’t my first love.

I went out to a local club called Montini near where I grew up, saw the local DJ doing his thing and after going out 3 -4 times I caught the DJing bug, and decided that I wanted to make people happy and dance on the floor. My first gig came in 1988 in a club Called “ The Beach” in Hannut, playing weekly on the Saturday night , mixing everything from Michael Jackson to ‘Last night DJ Saved My Life’ to Sugar Hill Gang’s ‘Rappers Delight’ to Womack & Womack – ‘Teardrops’ to Serge Gainsbourg and James Brown . After playing there for a year I moved to the Belgian sea side the coast line of our small country and played there from 1990 to 1993- 94 , whilst really getting into the DMC DJ Championships. Many of the DJs from that era were and still are heroes of mine and I’ll never cease to be amazed by what the likes of DJ Q Bert, Elliot Ness , Daddy K, DJ Sake and DJ Grasshopper were able to do on the decks back then. With beats from the likes of Twin Hype , LL Cool J , Public Enemy , EPMD , ICE T and De la Soul landing weekly in my box it really was a great time .

It wasn’t until 1994 that I decided to produce my first record, called ‘BE FREE’ on a local label called Dance Opera and after that my international career took finally off ! Following on from that I have lost count of just how many records I’ve produced since. 1995 saw me start to play outside of Belgium as I traveled to Germany , Croatia , Italy and Spain. My first ever international gig was in Barcelona and since then I’ve never looked back heading further and further afield!

My first small break through in my career came when I met a certain mister Carl Cox in Belgium. Carl was playing for the local nightlife magazine OUTSOON’s party, the place was packed with over 4000 people and there I was looking to my hero from the crowd when he comes up to me before going on stage and tells me he likes my stuff before asking me to release a track on his new label INTEC . Naturally it was big honour for me and I drove home with big smile on my face.

The next day I jumped in studio and began working on tunes for Intec. Carl then approved our EP ‘Play It Back’ and to say I was excited would be a huge understatement. My buddy Redhead were working every day on tracks, we both bought a lot of synths and other hardware that we bunched together and made one great small studio. With each day just rolling into the next it was a funny time down there in the cave…

After Carl signed a couple of EPs , I then signed others to UK based techno label Primate before releasing records on Adam Beyer’s awesome Drumcode label and Christian Smith’s equally great Tronic imprint. I also started up my label MB Electronics and was fortunate to release tracks and remixes coming from the likes of Adam Beyer , Speedy J , The Advent , Cari Lekebush , Gregor Tresher and many others.

I also started playing for Carl in Ibiza almost every year at Space, playing biggest festivals like Global Gathering, Wire, Dance Valley, I Love Techno Pukkelpop, Time Warp, Nature One and many of the world’s best clubs like Fabric, Liquid Room, Tresor in Berlin , Love E and Zouk.

One of my most beautiful moments in career was came in 2004 when I unveiled my first live show ever at that years I Love Techno Festival. 36.000 people were attending the event and my arena was already at capacity by 9pm! It was a brilliant moment with the likes of Steffen Charles, Peter Decuypere, Jan Vanneste and Carl Cox all on stage watching my live act. I still get goosebumps just thinking about it!  That year I also won the prize of Belgium’s best DJ and Live act for Belgian magazine Outsoon in what was an unforgettable time for me. I’ll also never forget making my Space debut for Carl and playing in Tokyo for the first time at a club called Maniac Love. It’s important to enjoy these things.

One of the biggest tracks I ever released was IPANEMA in 2003 for Swedish label Zync Records and I remember playing it in Spain at a club called La Real in Oviedo when the whole club was just began singing the sample in the break when I turn the music down. Hearing 2000 people singing your track is phenomenal moment and something I’ll never forget. Spain has always been a happy hunting ground having previously had success there with my track ‘Dreamwaves’ in 1994 before changing my style in 1998 and moving on to Techno with my releases on Drumcode and John Digweed’s Bedrock.

Wishes For The Future

My wish for the future is that I first of all can stay healthy and also for my surroundings, great team and family to to continue going as strongly as we are now. I live and work and give myself 100% to people that believe in me and support me and respect me for who I am. Currently I have great team of people and family and hope God protects it from the unfairness that we see so often in our scene! I am currently 44 years old and still have a that burning desire to make people happy and dance all over the world.  There is nothing quite like turning a dance floor into a fire of wildness! What makes me the most happy is seeing people leaving a party with a big smile. That’s what life is about. So smile, enjoy life and make people and yourself happy! 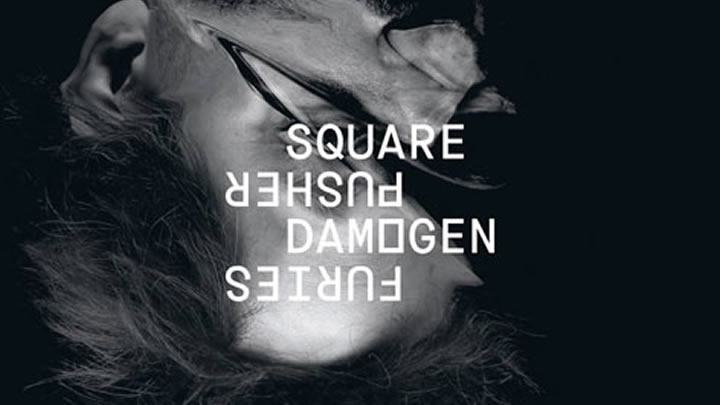