Ferry Corsten: “After two years of big room tuned kicks and “put your f***ing hands up!” the warmer, more melodic stuff will find its way to the surface again.”

Ferry Corsten is a true legend in the world of Trance and there’s no denying that the genre wouldn’t be the same without him. He’s been on the scene for so many years now, yet he continues to grow and expand his sound, always remaining ahead of the game. After a whopping four years, Ferry is returning to the o2 Academy Leeds in March for Digital Society’s 8th birthday, one of the biggest nights on the Trance calendar for 2015. We caught up with Ferry in the lead-up to the event to ask about the different musical genres he’s been experimenting with recently and what we can expect to hear from him at DS8.

Ferry thanks for talking to me today. Where are we speaking to you from?

Hey! Things are going great thanks! I’m on tour in Asia at the moment. I’ve been travelling around the world for the last month, which means I’ve pretty much spent my time in America, Australia, and Asia. My wife is from the Philippines, so we took some time off in between shows to enjoy the nice weather here.

Sounds a lot nicer than the bitter cold we’re facing in the UK! So we’ve just begun 2015, how was 2014 for you? What were the highlights?

2014 was a great year! We launched our ‘Full On’ concept in Space Ibiza last summer and that was a great success, plus we had about 12 Full On shows over the summer, so there was a lot of flying around in between shows and festivals in Europe and America. I spent a lot of time in the studio this year as well to work on a number of tracks. I released three singles – ‘Festival Crash’, ‘Hyper Love’ and ‘Pogo’, all of which were a lot of fun to make. Last but by no means least, I’ve been touring alongside Markus Schulz as New World Punx (NWP) and we’ve both had a huge amount of fun doing that. In addition to all of this, my wife just gave birth to our son Seb – needless to say, I’m over the moon!

Wow, congratulations! I’m very happy for you and your family. And it seems like New World Punx has been blowing up the world’s biggest festivals – can you tell us how the project originally came about?

It’s quite a cool story actually. Markus and I were at a friend’s villa in Ibiza a few years ago, where we had a blast talking about music that inspired us. At some point, we decided that we should get in the studio and produce something together. After a while, we were both playing at Godskitchen, where we decided to go back-to-back for the whole night. The crowd went nuts and soon after that, we started getting requests from all over the world to do this at different clubs. That’s when we decided to turn it into a new act, give it a proper name (from Markus Schulz – The New World and Ferry Corsten – Punk) and work with that. The most important thing for both of us is to do something that allows us to inspire each other creatively, but more importantly, to have fun. I think our passion and excitement for this project has shown through the amount of success it’s had.

We’re definitely looking to do a number of shows together in 2015, which I cannot wait for. We’re lucky enough to have been booked for Groove Cruise Miami, the world’s largest floating dance music festival! We’re also going to be playing alongside the likes of Above & Beyond and Armin at Electrox 2015 in Tokyo and at Ultra Buenos Aires in February. Other than that, we’ll be doing our own concert-style events and, when we’re not on the road, we’ll be working on releasing a number of singles that sound very exciting. I can’t wait!

Your name is synonymous with Trance but you are well-known for your electrifying multi-genre sets. Where do you stand on the topic of genres and how does this relate to your vision for 2015?

As a producer, I always allow myself the creative freedom to produce music that is not necessarily linked to just one sound. However, I do love the melodious undertones of Trance productions and always take them with me when I produce a track. I definitely see myself producing a variety of music, and not all will necessarily be strictly Trance tracks, but there will always be Trance undertones. Right now, I think that after two years of big room tuned kicks and “put your f***ing hands up!” the warmer, more melodic stuff will find its way to the surface again. I think the rise of deep house over the last year is a clear indicator of that.

Can you tell us what the response has been like to your recent productions?

The response has been great overall, however, there will always be people that love my older music and object to the newer sounds. Fortunately though, the majority of my fans are very open-minded and embrace what I do. It all starts in the studio, where I am able to be stimulated and inspired, but that can only happen when I can do my own thing.

The last time you played at a Digital Society night was four whole years ago! How are you feeling about your return?

I’m really excited to be back! The last time we had a great night with Full On and I love the o2 Academy in Leeds. I must say, England holds a special place for me because it’s the country where I had my first single success. I love playing here and feel truly honored to be part of DS8.

Well England loves you too! And we know that you’ll take the o2 Academy by storm once again. What’s your setlist looking like at the moment? Can we expect to hear old school Ferry-style Trance from you on the night?

I think you’ll get a variety of music from me on the night. I will probably play a few of the old school tracks, as it has been a while since I’ve done that, but I’ll also be dropping new stuff as well, there’s no doubt about that!

Sounds good. What else have you got planned for the coming year? Any dates for our diaries?

DS8 is a pretty major date for all Trance fans out there! I’m pretty much going to be in Asia now, until the start of the new year, then I’m planning on having some time off with my family and our new baby boy. Afterwards, it’s back to producing and touring again. My first release in 2015 will be an EP in February, and we are working on the upcoming Ibiza season already for Full On at Space!

You can catch Ferry at Digital Society Presents DS8 at O2 Academy Leeds on March 6th alongsidethe likes of Paul van Dyk and Aly & Fila.  Tickets are available below:

John Askew: “Deserve is a vulgar word that can poison even the most sound of mind.”
Camilla Day April 17, 2015

John Askew: “Deserve is a vulgar word that can poison even the most sound of mind.” 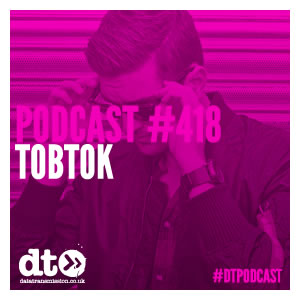