John Askew: “Deserve is a vulgar word that can poison even the most sound of mind.”

We grabbed the rare opportunity to interview legendary Tech-Trance DJ and producer, record label boss, manager and “massive shit stirring knob piece” (those are his own words) John Askew. Mr. Askew will be joining the likes of Simon Patterson, Sean Tyas and Astrix at the much-anticipated Digital Society Presents Open Up, which takes place at the o2 Academy in Leeds on May 22nd. Here’s what he had to say to us about returning to the decks at the UK’s most renowned Trance night.

Hi John, cheers for taking the time to speak to us. Talk us through your current whereabouts…

No problem. Right now I’m sat in the office drinking coffee talking with you.

That you are. Looking ahead, how are you feeling about returning to the o2 Academy in Leeds for Digital Society Presents Open Up?

I’m very excited. It’s interesting, I’ve had good and bad gigs at the o2 and I’ve now worked out how to predict what up-and-coming shows are going to be like for me. Yes all shows there are busy but whether I am going to have a good gig is entirely dependent on who is headlining. If the headliner is more commercial, then it sometimes doesn’t really flow for me.

You get a percentage of people who love it and a percentage who stand with a disappointed salmon face, arms folded and not dancing, waiting for a sing-along moment that never comes. Of all the shows I have played there, the last one for Subculture was probably my favourite, but I’m sure with Astrix and Patterson behind the wheel, this forthcoming event will exceed any and all expectations.
I was at that Subculture night, limbs flailing, certainly no salmon face and I have to say, yours was my favourite set of the night. Can we expect to hear a similar sort of thing on the 22nd, or are you planning to pull something quite different out of the bag?

That’s very kind of you. This “what can we expect” question is probably one of the most regular things people ask in pre-show interviews and, without wanting to offend you, it’s probably the most irritating thing to have to answer. “Hi Lewis Hamilton, you have a tough race ahead of you today – what can we expect from you?” – “Erm, well as a Formula One driver I guess what you can expect is for me to get in my car and drive as fast as I can round the track for the duration of the race.”

I’m a Techno and Trance DJ. You can expect Techno and Trance. That’s right, I don’t change my sound, I don’t evolve my sound and I’m not a DJ who jumps ship according to what’s popular at any given time. No sir, not me. I’m the cunt that turns up to support his football team regardless of whether the sun is shining and they are top of the league or it’s pissing with rain and they’re about to be relegated. So the only thing I will be “pulling out of the bag” will be a kick drum machine gun to assault you all with.

Fair enough! Who are you most looking forward to playing alongside?

Everyone on that line-up. They were all handpicked because of the sound they produce and play and the kind of artist they are. They are all Open Up compatible.

How does DJing in your own country compare to DJing abroad?

There are certainly variations from one country to another. When it’s great in the UK, it’s really great, but I also love playing Argentina, Netherlands, Asia and Australia. I’ve had some of the best gigs of my life in Lebanon, the crowds there are off the chain.

Lebanon eh? I’ll have to dust off the passport and head out there. Your warm-up sets are often dark, techy, slower and a bit hypnotic, which I personally love. Do you prefer playing this style of music or the pounding, fast and frantic Trance that’s full of energy?

[Laughs] Good question. Right after me telling you that I don’t ever change my sound… I like the cut of your jib. Of course I want to only play banging sets because that’s when I get to play all my own music, which is all tougher 140 sounds. However, on certain occasions I do enjoy playing warm-up because it’s a challenge to have to source different material and then to play it in a different way, bringing a crowd up to a certain level but without letting them get too frisky. You need to raise them to a certain level of fever pitch anticipation so that the dude you are warming up for can come on and essentially have them in the palm of his hands. There is nothing greater than playing after a warm-up DJ who has played the perfect warm-up set. Michael Gin in the US is one of the best warm-up DJs I have ever heard. Actually there is a DJ in Lebanon who is an old friend of mine called Amadeus – he’s also a superb DJ, who is just as comfortable warming up for Sasha as he would be for Paul van Dyk.

Cool. In an interview I carried out recently with Simon Patterson, I asked him who his greatest inspiration has been and he said you, “for reasons not only in music.” How do you think you inspire other DJs? And who would you say is YOUR greatest inspiration?

The DJs that I manage (Simon included) I work hard to ensure they all remain grounded. I don’t tolerate tantrums or big egos and I never allow them to ever feel they “deserve” what they’ve got. Deserve is a vulgar word that can poison even the most sound of mind. I encourage them to never compare their own career with anyone else’s and I try to insist that they are always grateful, that they work hard and are always polite and courteous to fans, promoters and anyone else they come into contact with on the road. I’ve seen other DJs behave like cunts on the road. Bigheaded, demanding divas that ought to be ashamed of themselves – I won’t work with horrible parasites like that. They give the scene a bad name. Those are the qualities I like to think I help instil in the artists I work with. Who is my biggest inspiration? Oliver Reed and Keith Moon.

Wise words. You’ve been in the game for so long now and have an extremely loyal fan base; how do you manage to keep them on their toes?

I just do what I do and hope the fans I have dig it. I’m grateful to be given the opportunities to do what I do and for the support my fans give, but I I’m not in this for attention so please don’t ever expect me to jump up and down or wave my hands around or stage dive. I just like to focus on creating an intense environment for people to lose their shit in. Preferably from a dark DJ booth situated off to one side in the shadows. Turn off the lights, everybody face inwards, and let’s do what we came here to do – dance – like our fucking lives depended on it.

John Askew plays Digital Society Presents Open alongside Simon Patterson, Astrix, Sean Tyas and many more at Leeds’ O2 Academy on Friday May 22nd. Purchase your tickets for it below.

To buy tickets for this event please visit the events page: Digital Society Presents Open Up UK tickets from Skiddle. 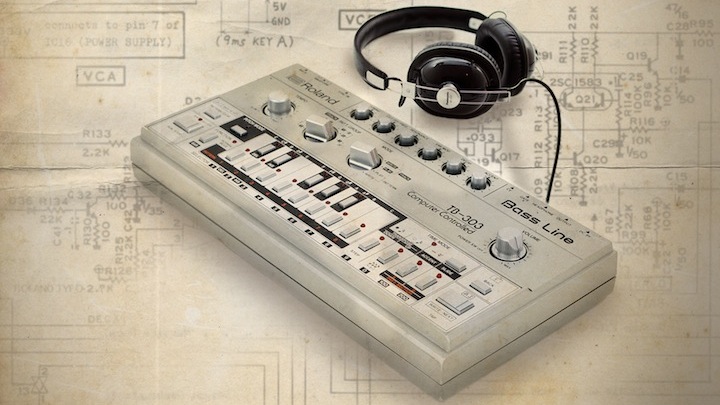