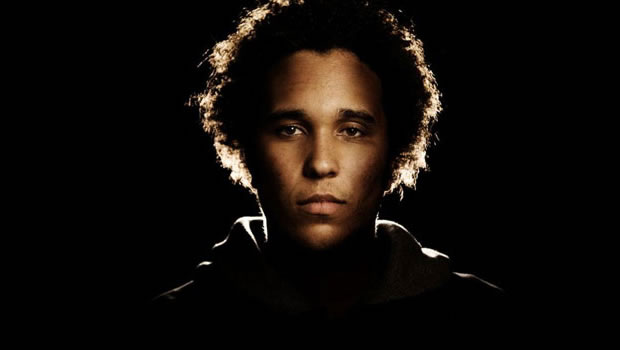 What was the last track that you played tonight?

Josh Wink, Sprung Minimism… It’s getting to be a stable in my sets. I try to play certain records that I know will make people go home and remember – maybe because they love it, or because they hate it! I don’t want to just play loopy stuff and this is a really out there record. Someone will always come and ask what the track is.

Personally, I can only remember the records in my collection by looking at the sleeves. No track names, just the images are set in my head and I know what the record sounds like from that. How do you remember all the tracks in your massive collection?

I DJ with USB now. I used to DJ with vinyl. I have a lot of them; I used to work in a record shop in Rotterdam. Since the digital revolution, I first used CDs but now I use USB.  I organise all my music in iTunes and then transfer them to my USB. I then keep my laptop at the side of the decks with my iTunes, so I’m not DJing with Traktor or anything, I am just using iTunes for organisation. I tag them – “this is acid” “this is house” or whatever and then I play on USB through CD decks. All day I am just browsing through my iTunes organising things.

I also used to recognise a record by its cover but I am such a nerd – I used to look at the sleeves at who made it, who’s the guy thanking and what’s the label.

Have you ever studied music or an instrument at all?

I never learned an instrument. If you gave me a guitar I wouldn’t know what to do with it. I hear others saying that they are sad that they never learned the piano or blah blah blah but I am if you want to make house music or techno music then I don’t think you need to be classically trained at all. It could even be a disadvantage. The number one rule with house and techno is to try and keep things simple; if you are trained or playing an instrument you are trying to make music with a lot of notes but this can make people lose their focus on the dance floor. With dance music you need a focus point. Of course you get some very melodic tracks that make sense but most dance floor tracks that work well are the simple ones without too much melody. It needs structure and focus.

Do you find that Holland has as good a techno scene as Germany or the UK, or is it just in Amsterdam?

I think that Holland has a great techno scene. It has a healthy dance scene in general. We have more dance festivals than every country in the world and the best organised festivals. I’m not saying this because I am Dutch; I am saying it because it’s a fact. Amsterdam is huge already, but then you have Rotterdam, Utrecht and The Hague, so may cities in the south too. We’ve been raised on dance music – I guess in the UK too – it’s just part of our culture. It spreads to the trance side and the more commercial side but also into the underground. Like with Clone Records in Rotterdam – we have shops that are known around the world and are well respected. This goes for the parties too. I don’t really want to compare Holland to Berlin or the UK or whatever. Every country has their way of doing things and their own pros and cons, so I won’t compare but, I will say that I am proud to come from Holland because we have a really healthy techno scene.

What has been your favourite festival or gig that you played?

As I said in the last question, I am really proud to come from Holland so I just love to play here. Maybe its because I come from here; I built up my career here. You said earlier that you had never heard of me before I played at Corsica Studios and that happens a lot when I play abroad. It’s always a challenge to play to new people and to win them over. It’s exciting and that is cool but on the other side, it’s nice when you play somewhere that people know you – they already trust your judgement. I then feel more free to go wherever I want to go. Whereas sometimes when I play abroad and I feel that I’m not really known by the people and therefore get less credits to tell my story, it could go either way. I may win them over or they may not get it. Holland feels like a warm hot tub. It’s home! Also the Dutch crowds are very knowledgeable. People always say the crowds are well educated in Berlin (ooo I did compare a bit there!) and its always Berlin this and Berlin that but for me it’s Holland. Holland has it for me.

Who would make you star struck if you met them…

I don’t want to say star struck, but for techno, Jeff Mills is my number one DJ/Artist ever. Robert Hood is another one. Surgeon, Regis, Damon Wild etc… I’m kind of a nostalgic guy so when I grew up, it’s the records that I was buying then that will always have a special place in my heart.

It’s so great that these guys are all still DJing!

It’s amazing. Luke Slater, same story. They are all still relevant and all still doing their thing.

I like to throw in some general chit chat or the fans – What’s your favourite food?

Thai. My favourite restaurant is where I am from in Rotterdam. Its called Warisan and I basically go there seven days a week (maybe six because they are closed on Mondays). I hereby request that they open on Mondays!

I’ll make a point of getting them to read this! Now that you play abroad more, how does that fit in with your home life and social circle outside of technoland?

It’s funny because I don’t really have a social life. My life is basically just about techno, house – just about me being busy with my music. I have a girlfriend of ten years; I just proposed to her and we are going to marry soon. I am away at weekends but in the week, I am at home doing music and we spend time together. I’m not the guy that calls my friends and says, “Hey, lets go to the cinema” or whatever. If I see my friends, they join me at gigs. I’m a bit of a loner. Sometimes I think I’m weird because I see friends or I hear from people and they are like “we’re doing this, we’re doing that”. I was talking to a friend yesterday about something and he said “how would you know, you never leave your house” but I prefer it that way. There’s nothing really lost by my work.