DATA TRANSMISSION’S ‘CLASS OF…’: A HISTORY 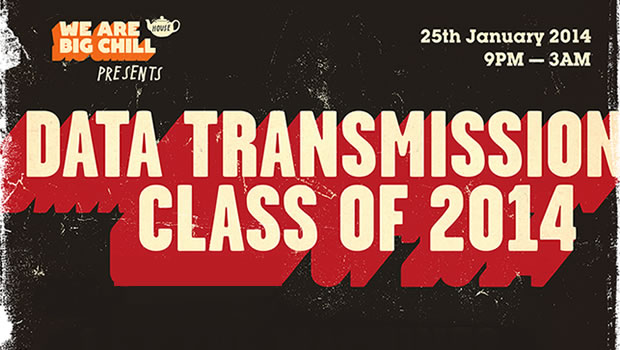 This Saturday sees Data Transmission’s Class of 2014 hit the Big Chill House – the event’s third consecutive year at the House. As always, the lineup promises to showcase the very best future stars of the dance music world, from Let the Machines Do the Work to Clancy, Codec, and Symmetry. Before Data Transmission touches down at the House on the 25th January, however, we decided to take a look at some of their ‘Class of…’ alumni to see where they are now…

The first ‘Class of…’ event was not held at the Big Chill House (shock, horror!) but still boasted a stellar lineup of fresh and upcoming talent. Tying in with Data Transmission’s third birthday celebrations, the lineup included Marco del Horno, Hijack, and London trio Dark Sky. Currently undertaking a tour of the US, Tom, Matt and Carlo also hold a bi-weekly show on NTS radio, which you can listen to here.   Since appearing as part of the Class of 2011, Dark Sky have remixed artists such as Ben Westbeech (aka Breach), as well as releasing their own material on labels like Ninja Tune. Check out the chilled out house jam ‘Voices’ below to get an idea of what the guys have been up to since then.

Here’s a couple of guys you may have heard of before – Guy and Howard Lawrence, aka Disclosure, have blown up in an unimaginable way since appearing behind the Big Chill House’s hallowed decks all the way back in 2012. In fact, it would probably be easier to list what the Surrey brothers haven’t achieved in the last couple of years – between picking up a Grammy nomination for their astounding debut album ‘Settle’, scoring four UK top 20 singles, playing at the world’s biggest festivals from Coachella to Glastonbury, working with disco legend Nile Rodgers, and even finding time to fit in an appearance on Radio 1’s legendary Essential Mix. More than that, the name ‘Disclosure’ has (for better or worse) become synonymous with the latest wave of house and garage-influenced dance music to storm the underground and cross over into the mainstream.  Just in case you’ve been living under a rock and need some introduction to the brothers Lawrence, check out their UK #2 single ‘White Noise’ featuring AlunaGeorge below.

Another alumnus of the Class of 2012, Manchester-based XXXY made a name for himself with his varied spectrum of productions, taking in influences of house, garage and UK funky. His producing prowess led to his track ‘Taking Me Higher’ being picked up by Annie Mac for her ‘Free Music Monday’ series (see below), while his skills as a DJ have earned him multiple sets in the legendary Boiler Room and a regular spot on Rinse FM.   More recently you can catch XXXY playing at such huge clubs as Fabric, Egg, and the Warehouse Project. Just don’t get him mixed up with XXYYXX or The XX – we hear he hates that!

Hailing from Brighton – the hometown of this year’s headliners Let the Machines Do the Work – Will Knighton, aka Dismantle, describes his sound as ‘blurring the lines between house, dubstep and Dutch techno’. It was this combination of sounds that saw his productions picked up by such massive names as Diplo, Skream, Zane Lowe, and Skrillex. Since taking to the decks at the Big Chill House last year, Dismantle has played at London’s South West Four festival, supported Sub Focus on tour, and recorded a mix for online magazine SB.TV.   Check out his tune ‘D Riddim’ from the ‘Round and Round’ EP below.

London ladies Eli & Fur bagged themselves a spot in the Class of 2013 lineup with their modern deep sound that still gives copious nods to the old school house scene. It isn’t just Data Transmission who have taken notice of their talents, though – they’ve also played alongside the likes of Maceo Plex and Seth Troxler at clubs and festivals from Singapore to Creamfields.   Check out their recent track ‘Let It Go’, a free download alongside Nottingham-based up-and-comer Davidian, below.

With Codec, Clancy and Symmetry and Let The Machines set to play for us at our unbelievably free entry The Big Chill House presents Data Transmission Class of 2014 party next Saturday on January 25th you’d be mad to miss it. Don’t kick yourself for missing out in a few years time! 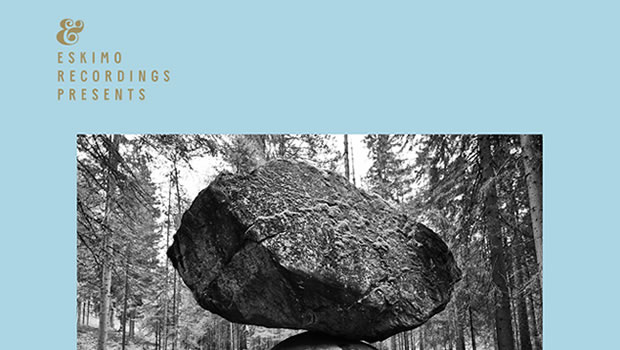