I’m currently interviewing the man I unashamedly admit to being my favourite drum & bass producer. I’m on the phone with Break trying desperately not to fanboy out too much. We’re discussing Calibre. He’s done a couple of remixes of Break’s They’re Wrong on the opening instalment of the Symmetry Sessions. It’s a blessing getting one remix from the diminutive Irishman let alone two. Neither is it the first time he’s worked his magic on Charlie Bierman’s music. So I had to know: when are drum & bass’s most revered and respected beat makers getting in the studio together? “I’ve got no idea. It’s like two recluse’s trying to meet up!” he laughs. “It would probably involve someone getting on a plane and making the effort to do it. There’s a small group of people I’ve never worked with that I’d love to and that definitely includes Calibre. The remixes are the closest I’m probably going to get right now. I wouldn’t rule it out but I can’t see it happening soon due to scheduling and stuff.”

But wait… why TWO remixes? “The first remix he gave me was actually the Alternate remix. Then he called me saying he’d done another version which went down really well at Sun & Bass. In the end I asked which one he wanted to go with and he suggested putting them both out because neither of us could decide which one we preferred.” Thank God for producer indecision then because, as many will testify, there’s no such thing as too much Calibre music in your life. Or anyone else’s for that matter. The prospect of what is a glaringly obvious, seemingly overdue yet still highly anticipated collaboration definitely excites. How could it not? It’s a collaboration you hope and imagine will yield nothing but perfect results if and when it occurs. Fingers crossed it happens sooner rather than later.

Fantasy production matching aside, a collab that’s very real is his latest with DLR. New Design is their second outing together following We’ll See last year, plus Murmur and Power Down when Octane & DLR were still in existence. There’s a clear understanding between the pair. Beyond the bond of simply being producers but also as friends and people incredibly good at what they do. “We’ve got quite similar taste in drum & bass and music in general. That’s always a good starting point. I think it’s a little like me and Silent Witness; there’s a skill set we’ve got which differs. DLR is better in terms of sound design with synths and bass whereas I think I’m a bit better at the arrangement and songwriting side of things. We’ve both got more in our palette than we normally have on our own. So as a listener you’re gonna get more than you would from just one artist alone.”

Break’s name on a record, solo or otherwise, is a guaranteed barometer of quality. As are the words ‘Break Remix’. Noisia, Alix Perez and Spectrasoul are a few of the artists who’ve sought his bass heavy stamp of approval when it comes to remix work. “I really enjoy doing remixes. A lot of the ones I’ve picked I liked the original to start with and knew I could do a good job remixing it.” Similarly, he’s conscious of the negatives when it comes to reworking other people’s music, especially at the semi-prolific rate he’s known for them. “It can be a hindrance. People want the remix for their track to sound like the last remix you did. There’s a slippery slope where you end up doing the same remix over and over again so I’ve tried to avoid doing that. There’s remixes I could’ve taken that wouldn’t have given me a good name for myself. Choosing ones you know you can do a good job of is the best solution.” And which of his vast catalogue of remixes does he consider his most memorable? “I think getting the call for Bambaata was probably the best remix phone call I got. I still don’t quite believe that it happened and why Shy FX chose me! But to have that confidence from him to do it and to get the job of doing such an anthemic track is definitely a real highlight.”

Whilst adept at taking other artists material, flipping it and even bettering it in certain cases, it’s not quite as forthcoming the other way around. So far only four producers: Calibre, Calyx & Teebee and Xtrah, have been handed the baton of Break’s music and allowed to run with it to create something different. Considering he keeps his own work rather exclusive I asked who would be an ideal candidate to rework his tracks. Unsurprisingly it’s another producer known for killer bass lines who would get first dibs. “As a Dillinja fan a remix from him in his 1998 style would be great.”

Symmetry Sessions captures the sound of Break and his label very much in the now. The dubbed out Dem Babylon is a bit of a departure from his usual trademark rolling style. On the origins of Dem Babylon he states, “I made it about two years ago I think. It was a little tune I made for myself really rather than for the public. Some days I wanna make something different and endeavoured to make something that was chill out and dubby at the same time. I played a lot of the instruments in live so it’s all original music too.” With singer/songwriter Kyo, Break also has a non-D&B side project called Degrees Of Freedom. “One of the first tracks we’re putting out is a reggae track called Children Of The Sun which DJ Die is releasing on Gutterfunk. We’re in the process of getting a video shot and putting the whole thing together as a package. We’ve written and produced it all ourselves but we’re getting in a drummer and some other musicians for the live shows so we’ll start rehearsals and practise soon.”

I couldn’t talk to Break without approaching the subject of a new album. It’s been over three years since the release of Resistance and the good news is there is one currently in the pipeline. “I’m working on it. Symmetry Sessions 2 will be the next big project around the summertime but the album is in the works. There’s gonna be more vocal tunes and more ‘music’ than there has been in the past, I can say that at this stage. I’m hoping it’s gonna be my best album. I feel like I’ve learnt a lot from my previous two so I definitely feel like it should be my best one yet when it happens. I know that’s big talk so it’s gotta be backed up with good some tunes!” he says chuckling, before continuing. “I’d say about half of it is already there but there’s at least five or six tunes that I haven’t made yet that I feel that I want to make. I want to keep it diverse in terms of the style so it’s a journey and there’s a little bit of something for everyone. It’s definitely under way and I’m keen to get it out later this year.”

An undoubted benchmark setter within drum & bass, Break has never betrayed his music’s high sense of self worth despite an incredible rate of productivity and output across a plethora of the scenes best labels. How does he do it? “There’s a general standard in your head that you know whether its a good tune or not. I don’t find it too hard to make that judgment. You just know if it’s good enough or not. It’s about being brutal with yourself and trying to judge your own tune as if it was someone else’s. You want your tune to be better than everyone else’s and when you’re making it you feel like it’s the best tune ever. If you’re not really feeling like that then it’s probably not gonna be that good.” You’d think that with over a decade’s worth of experience in making D&B there’d be nothing left for him to prove. Far from it. “Drum & Bass is complicated and it’s really hard to make and that for me is the appeal. It’s a real challenge. Although there’s lots of drum & bass around the world there’s only a handful of top producers that can really do it and that was always the challenge to see if you could make it into that handful of names. A big part of my mission is to try and be one of the best drum & bass producers really.” 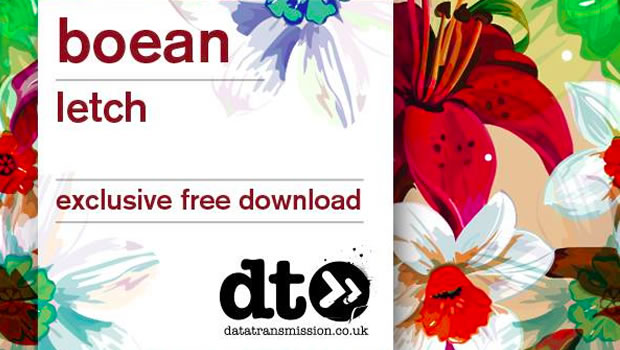