Alex Arnout Talks Us Through 10 years of Dogmatik

Regardless of what people tell you everybody needs a little groove in their life from time to time so for this weeks podcast we secured the services of our go to guy when we’re looking for our house equivalent of our five a day: Alex Arnout. Needing little introduction we’ve long been fans of Alex both as a producer and a DJ. Having started his DJ career in Spain he’s been producing some of the finest house cuts around for the last decade, whilst touring the globe and rocking some of the world’s best parties – with everywhere from from DC-10 in Ibiza to Fuse in London housing his irrepressible talents.

Not content with smashing it both in the DJ booth and the studio he’s also turned his hand to running a label with his own Dogmatik Records imprint, which this year marks 10 years and for that he has put together a label retrospective compilation.

We asked him to talk us through each of the tracks on album and the stories behind each one, listen to the tracks in our Spotify Playlist whilst you read.

Peace Division- Clive Henry & Justin Drake- have been a benchmark in sound and production for me over the years. I’m lucky to count them both as friends, so when the opportunity came up to re release a couple of tracks of theirs, I jumped at the chance. Blacklight Sleaze was probably my favourite, so we went with that. Had it remastered and remixed by Dyed Soundorom, Gerd and myself, and gave the whole thing a second life, we reintroduced it for a new generation to appreciate.

I’d released a couple of tracks by Dusky and one Just from Alfie, their sound was fresh and really liked the tracks they were making. When Flo Jam dropped it blew me away, the scene was quite minimal heavy at the time, so this sounded fresh as to me. They gave me 4 tracks which were meant to span over 2 eps, but I decided to put them all on one single. As A record buyer myself, I found I was paying between £8-£10 on a record for one track, maybe two I liked from the ep. So I wanted to give something back to the record buyer, 4 A sides for the price of one record. Dusky weren’t very well known at the time either, so I thought it would help their profile too, which it did. Flo Jam exploded very quickly, played on radio on rotation, landed on loads of compilations and won iTunes Dance record of the year 2012. A proud time for us and the boys.

Maya! Such a talented artist from an early age. The amount of music Maya makes over so many different genres is incredible. From Kruder & Doifmaster/Massive attack type stuff to dubstep and techno. Every track tells a great story and Monochrome was no different, still haven’t heard a track like it to this day, and that’s what I love about Maya, she’s unique. Monochrome and the artwork that came with it, which Maya did herself, is still one of my favourite tracks of hers.

Ah Jovonn. One of my fave NYC producers for years. I followed him from his early Goldtone releases, for me, the innovator of that NYC garage sound. To have him on the label was a dream. When I met up with him in 2012, he hadn’t been releasing for a while, so we hung out in Miami for a few days and developed a close friendship we still enjoy today. His Body N Deep EP was killer and You was the standout track. We had producers from all over the world getting in touch saying how much they played it etc. One of my favourite releases on the label too.

Stojche sent me some demos in 2009. The quality of his productions are astounding, his attention to detail is frightening too, he’s so intricate it fries my brain. Distance is a monster of a techno track and showcases his all round package as a producer for me. Chunky grooves and wild drums with lush pads and orchestral arrangement. The guy is a walking techno symphony. I can’t praise this guy highly enough for what he’s achieved from his humble beginnings in Macedonia. An amazing producer and a great friend.

Nutcracker was a Jam! Absolutely destroyed venues wherever I played it, a real sound system growler. lo-fi drums with a twitchy vocal and a breakdown that would tear any room to pieces. I went a bit old school on this one, I purposely kept it tight, only 3 of us had this. And we played it to death, creating a demand for it. By the time it was released, everyone knew what it was. Chris & EED are really good friends too and had wanted to work with them separately for a while, so when they sent me this collaboration, it was perfect.

I’ve been following Monty for a while too, I’m like a stalker of producers, he has a futuristic sound I like. I’d been buying releases he had on Planet E and on his label Black Catalogue for a while. For me he’s definitely one of these producers from America that’s really pushing the house/techno sound forward. There’s also a sci fi element to his music which I love so I hit him up. Dystopic Visions for me captures all that, an alien symphony. That broody bass punched out by the solid techno kick which opens up into that dreamy pad and string. The vocal guiding though this trip till the kick guides you out, back into that growly bass. Like traveling through a wormhole with music.

I made this in the middle of a pretty bleak period of my life, I was living in the studio because of a leak in my flat. The work went on for 3 months, so it took a lot out of me. This track is a 3am one when you can’t sleep and all things aren’t quite so rosy out there, listening back it now I can really feel the darkness, but I use music to get those feelings out of me onto paper as such. So this is that, a bit of raw emotion.

Dave sent me some tracks over in 2013 and Eleroo was in there. I still play this. I find this track pretty timeless, the whole ep was great but this one really did the damage on good sound systems, I recently played it in South America and it shut places down. Absolute monster of a techno track, dave is a great producer too. really glad we have him on the label.

Tom is an absolute gent, love his music and his attitude towards what he does, he still only young too so I see great things for him. I came across him playing in Birmingham, he also had a release on Fuse that I’d been hammering, which I told him about too. He seemed surprised that I was playing his music. We had a chat and he said he’d send me some tracks. After a few weeks he kept his word and have it like that was amongst the batch. From that, Have it like that really did the business, one of our best selling digital releases. I was travelling a lot at the time too and I’d heard this played everywhere from sonar to Miami. I still play this too and I would love to bring this out on vinyl and some stage, maybe a Dogmatik Trax label could come of this. 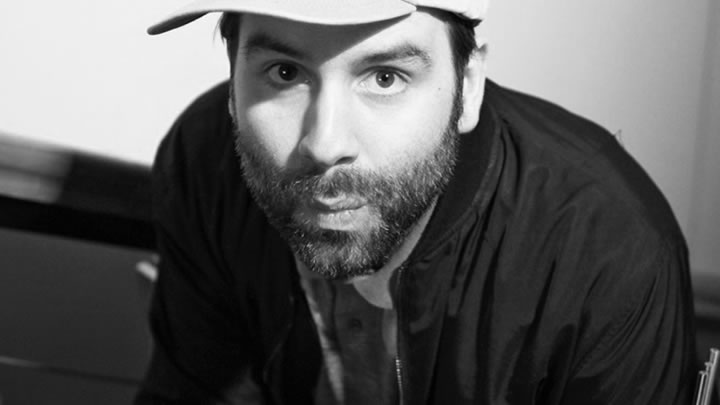