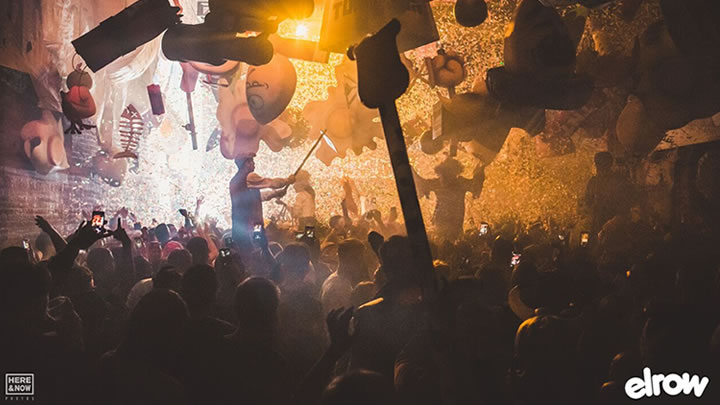 elrow were coming back to London town for a whole weekend of debauchery with their 2 insane themes ‘From Lost To The River’ and ‘Singer Morning’. The former was running at Village Underground on Friday/Saturday evening and Sunday daytime. The latter was debuting in the UK at Tobacco Dock on Saturday daytime. What is less known about these themes is that the Spanish translation for Singer Morning, Canta Mañana is someone who is really out going and doesn’t care about what other people think. Similarly, From Lost To The River, Perdido Asta El Rio is a Spanish saying for someone who has a do it and whatever goes kind of attitude. This was clearly an assignment that was made for me. Elrow describes itself as an immersive experience which you can break down into 4 parts; music, performance, decoration and crowd. It’s pivotal to them that everything clicks together and the crowd gets involved as much as possible. The inflatables, performers and decor aren’t just gimmicks as you might find at other parties. They are truly there to make the crowd feel that they are part of the production. Imagine going to a West End show in London and the actors and actresses inviting you to take part in the theatrical performance. This is what separates Elrow from other event companies in the marketplace and why I couldn’t wait to embark on the mayhem myself! 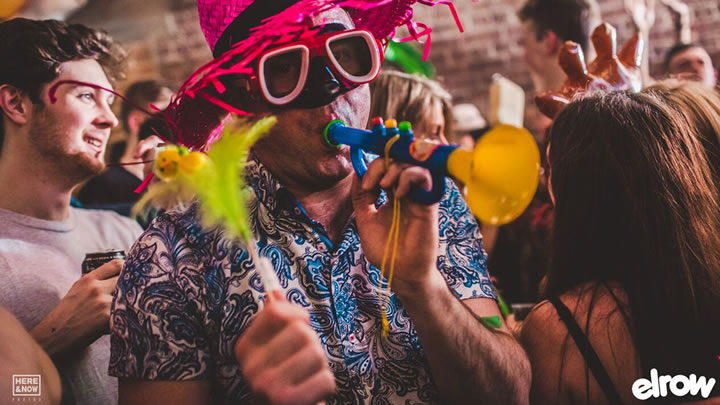 Friday night I got home from work and changed for the weekend; leopard skin onesie, multicoloured wig, flower necklace and Moschino jacket. I was buzzing as I had missed out on tickets 5 months earlier (which sold out in 45 minutes), seen videos of their shows at Row 14, Studio 338 and Space Ibiza and only heard praise from all corners of the internet. I arrived at Village Underground with my partner in dance floor crime at around midnight. First people we bumped into were a couple wearing leopard skin jackets and pikachu rucksacks. We bonded over the leopardyness and jumped into the queue with them. It’s unfortunate the queue was so long as we were missing Lord Leopard on the decks but hey, sometimes you just can’t catch em all haha. Once inside we found ourselves chucked straight into the Elrow pan per se with performers enacting Droopy The Dog (carrying a doobie) and Rowgelia the mascot chicken dancing enthusiastically around the place. I’m not exaggerating when I say that every inch of ceiling space was covered up with cartoon props of some manner from fried eggs to laughing walnuts to 1 tonne weights. The stage was emblazoned with a lit up Rowshow sign and flanked by a giant Rowlex (see what they did there). Getting started on the decks were Waze & Odyssey. It goes without saying that the W&O Street Track honchos know how to throw it down. With recent release Down With Tha on Eats Everthing’s imprint Edible fresh in my mind I knew they would get the crowd pumping and they delivered as expected; 2 hours of straight up attitude that would get even the most hard nosed raver bouncing. The tech house went in heavily with the percussion with the odd bit of acid mixed in there for good measure. I was certainly a happy leopard by the end of the first night. I didn’t stay right to the end of Toni Varga’s closing set. I may have been a slightly tipsy leopard but not a stupid one. I had another 3 Elrow events to go. Pace was the word of the night and I got home for a good 2 hour nap before Tobacco Dock the next day. 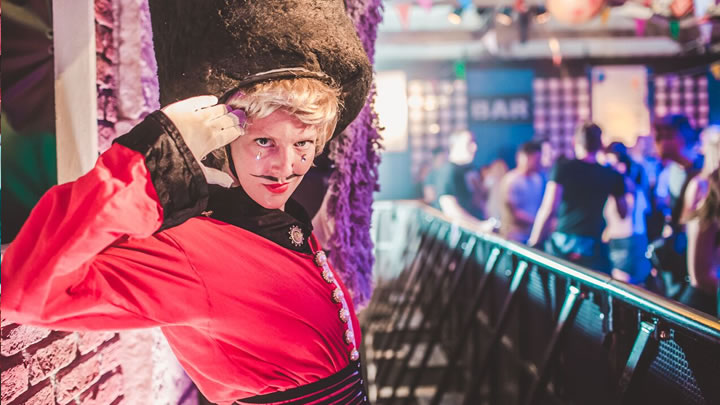 Saturday morning I woke up at around 10am to a beautiful morning. The sun was shining which is always a good way to start rave day. I had never been to Tobacco Dock and it was certainly one venue I was looking to knock off the bucket list. I arrived bright and early knowing that Jacky would be starting proceedings. I had no idea what to expect walking into Tobacco Dock at 12:30pm except that it would be huge, accommodating 6000 heads from all over the UK. The first thing I noticed upon entry was that all the staff were wearing vibrantly red wigs. There was also a stand central to the open air venue housing all sorts of inflatables from unicorn lidos to goofy looking strawberries to mischievous monkeys. I had a little gander to get my bearings and decided to explore the floor above. It was here that the 2 main rooms hosting shows would be; one adorned with the Singer Morning theme in all its glory whilst the other had the Elrow City theme throughout. There was also an area where one could win drinks, tokens and candy floss by playing various games; sumo wrestling, spin the wheel, score a goal etc. On my way to the VIP bar (to get my first rum and coke of many) I stumbled onto the glitter stand called Starlight Boutique Facepaint. Now I’ve had my fair share of paints and glitter but these ladies did a particularly cracking number on me. Not surprised that they’re heading to Junction 2, Glastonbury, Secret Garden Party and DC10 to name just a few this Summer. Post-vajazzling and drink ready I decided to warm up in the Singer Morning room to Jacky and The Menendez Brothers. The Singer Morning room was filling up. Like a warm bath before bubbles. 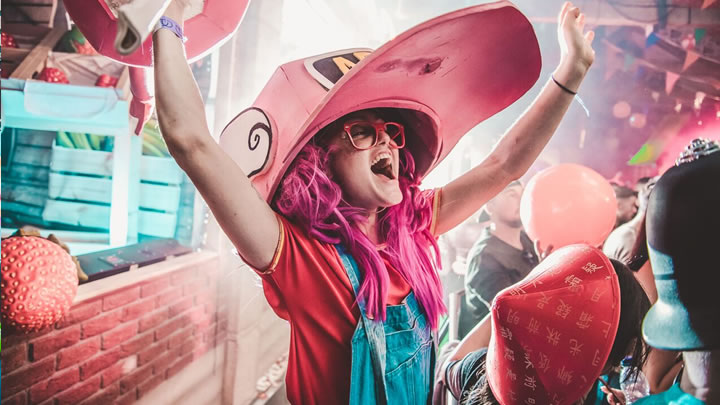 Being a fanboy of Hot Creations I decided to head down to the ground floor at 1:15pm where the third main room ie carpark was located. It wasn’t really a room being honest, it was more like long dark tunnel, and a fucking sick one at that. As I walked closer to the light I found myself looking at at a giant jukebox with a selection of Elrow releases displayed at the bottom whilst Patrick Topping and Andres Campo were having at it in the centre. That Hot Creation sound was booming from the box and the crowd couldn’t have been happier getting their groove on. After a good hour of raving I headed out for a much needed cool down and smoke, grabbed myself a rum and ginger beer and went backstage to see if I could find a couple of artists. Jacky, The Menendez Brothers and Andres Campo had finished working the crowd and were taking full advantage of downtime. The Elrow residents De La Swing, Toni Varga and Marc Maya were buzzing around as well. In the artists area was an old school double decker bus servicing everyone with alcoholic beverages. Never seen one so alive and busy in my entire life haha. 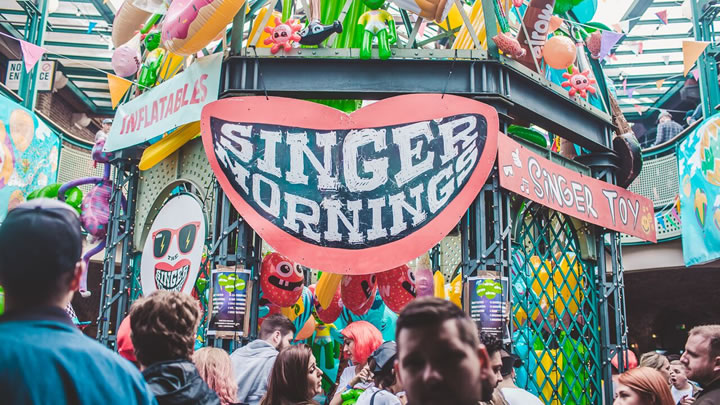 Back to the action, starting first with Richy Ahmed in the Singer Morning room. Richy delivered as one would expect; a tropical tech house thunderstorm for 2 hours straight. The room was heaving and the crowd pumping. Me and fellow Data Transmission resident Archie B went straight in and got involved. Of particular note were the performers. God knows how the ones on stilts got through the human carpet that was the Singer Morning room at that point but revellers were treated to a wash down; shower caps on, loafers ready and cream going everywhere haha. Flanking the DJ booth were windows filled with various performers. I seem to remember seeing mermaids, a crazy cat lady, Mario and Luigi, what looked like Rick James strumming away on a guitar and a baby carrying a giant lollipop but maybe I was imagining it. A true visual treat for the masses. By now I was a cooked rave sardine and I’m sure I speak for everyone when I say that the giant ice blasts that pushed out what must have been hundreds and thousands of confetti pieces was nothing short of orgasmic haha. After sweating it out I went back to the double decker bus to catch a couple of ice cold ciders. Seeing a woman doing a downward facing dog on the way didn’t surprise me much. In fact nothing really surprises me much these days, especially after you’ve experienced elrow.

When I saw man of the moment Eats Everything arrive I got back on it. It was my 5th time seeing him live and I have to say he has never slipped in all those times. He still keeps that energy and fire burning so if you ever get the chance to see the magic for yourself just do it. It was now reaching mid-point of the Elrow weekend and a pit stop was needed. 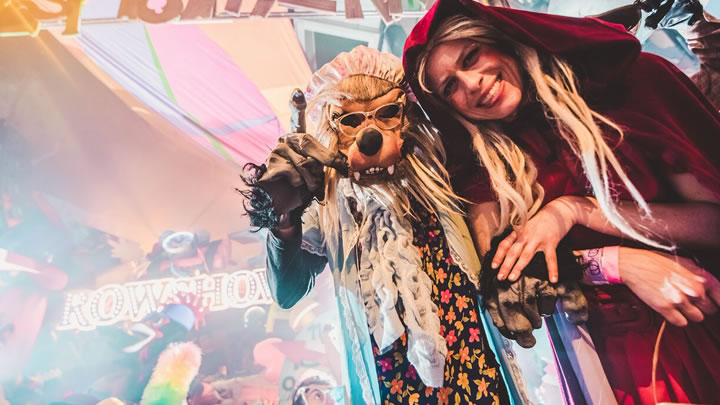 After a short breather sonically from the tech house I marched on to the second night of Elrow at Village Underground. I arrived at around midnight and the first thing I saw was a woman with purple hair, flossing a blue tassel skirt and pink yoshi rucksack. This was followed closely by a guy with a full on glitter beard, sparkly red bowler hat and yellow feather scarf. Loved the effort. In fact that goes for the entire weekend. Big up all the people who went all out with their get ups. On entry Rob James was taking over from Mele on the decks and lighting it up. I was holding rock steady on stage with Juan Arnau the guy who conceived the whole Elrow concept. His family are a legacy starting both Monegros Desert Festival and one of the world’s most iconical clubs Florida 135 in Fraga, Spain. True party entrepreneurs and connoisseurs. BBC Radio 1 resident DJ Monki also happened to be in attendance. The vibes that night in my opinion were the best out of all three Elrow events at Village Underground. The true party people from Tobacco Dock kept the energy going all night long. 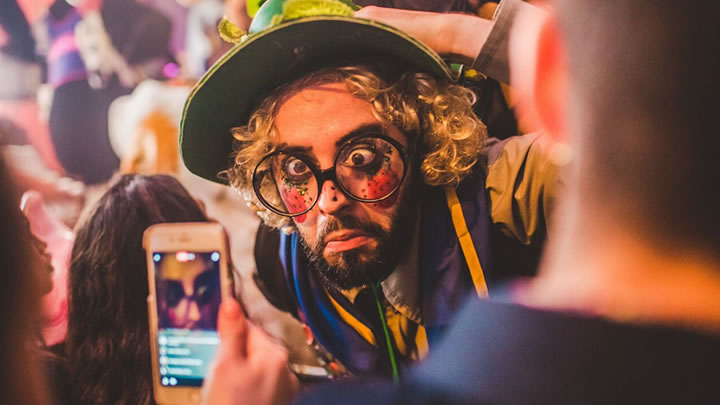 A brief 3 hour power snooze later I woke up in time for work on Sunday. You read that correctly. I had a shift at this pub I work at part-time from 11am-5pm. God knows how I got through the busy Sunday shift but as soon as I finished I rushed home, got back into my leopard costume and made my way to Village Underground for the third and final instalment of Elrow at Village Underground. I frogmarched in with Data Transmission videographer Nathan Babalogbon at 7:15pm. A psychedelic rabbit, wearing purple spandex covered in pink elephants, with a show stopping dragon tattoo on her back was the most eye-catching view I saw on arrival. Marc Maya and Gonçalo were on the decks closing off the Elrow weekend with panache. Backstage we managed to grab 10 minutes with Victor De La Serna, the bookings director for Elrow. We conducted an interview with him as shown below. Give it a watch to see what Elrow is all about straight from the horse’s mouth.

The 36 hours of Elrow was thoroughly exhausting but jheez was it worth it. One for the record and memory books for sure. The organisers pulled out all the stops on production. Never have I seen so much attention paid to the details which resulted in an aesthetically pleasing and flawless run from start to finish. The music program was superb and the DJs certainly kept the energy high right until the very end. I often ask myself do I have a life or am I just living. Next up Elrow Comes To London Town on August 19th at Queen Elizabeth Olympic Park, which sold out in 5 hours, all 15000 tickets. For more information → http://elrowtownlondon.com/about/

elrow announce Halloween at The Drumsheds 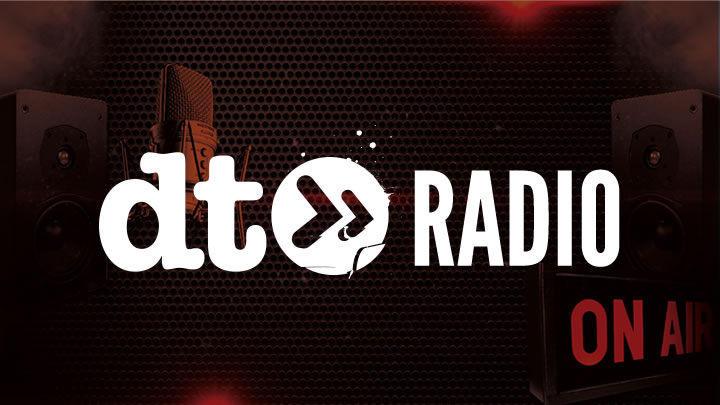